Paolo Bertolucci: "I really believe that Federer will continue in 2021" - UBITENNIS 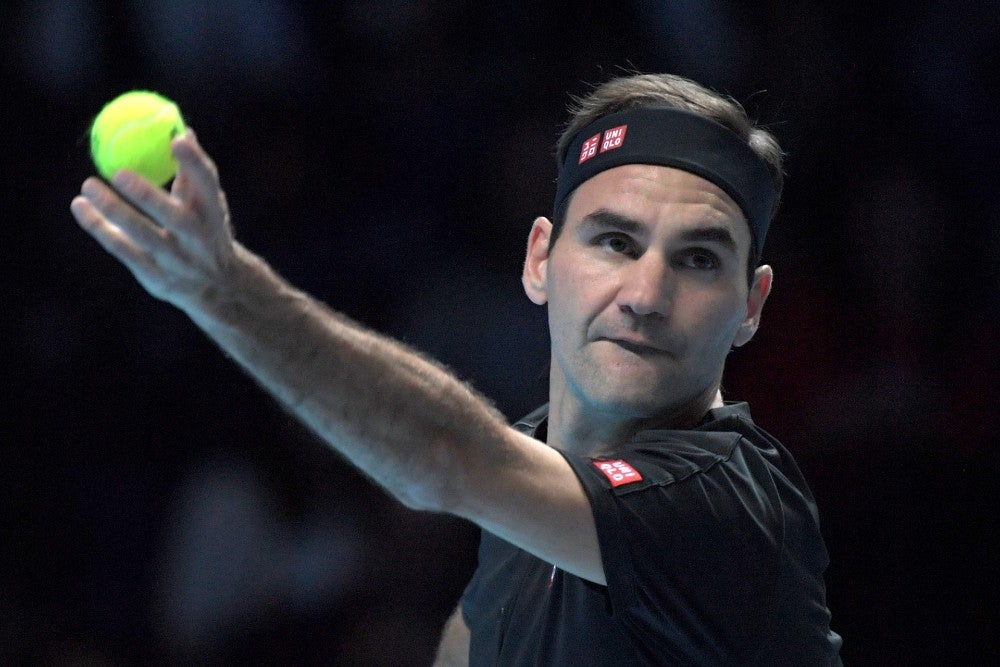 Former Davis Cup champion and 1977 Hamburg winner Paolo Bertolucci talked in an interview to the Italian OA Sport website about the tennis calendar changes due to the coronavirus pandemic, which is affecting the world of sport.

Bertolucci said that the decision to cancel Wimbledon and the entire grass season was inevitable.

“I agree with the decision of the ATP to cancel all the tournaments until the grass season. I think that it may be unlikely for the season to resume in 2020. In my opinion tennis has taken the right decision. It was the sport to stop everything, first by blowing the European clay season and then cancelling the grass season too. I believe it would take a miracle if the tennis season will resume with the US hard-court tournaments. It is much more likely that tournaments will be cancelled until at least September. I absolutely do not hope so, but, if the epidemic continues in this way and they cannot find an effective solution in a short term, I think it is difficult to start over. It is true that tennis is not a contact sport, but it about players, who move from one continent to another every week. Travel is the real problem, not so much the game itself. You could opt for closed doors or for a distancing of spectators, but I find that hard. Starting the hard-court season seems an extremely optimistic idea. Doing it in Asia in October is something more realistic, but in the end i would not be surprised if the whole season was cancelled”, said Bertolucci.

Roger Federer was aiming at Wimbledon and the Olympic Games in Tokyo, but both events will not be held this year. Bertolucci thinks that Federer will continue his career in 2021.

“I really believe that Federer will continue in 2021. At what levels it is difficult to say. At his age, every age counts. While skipping does not make a difference for young people, when you start to cross the 30-32 threshold every year, it gets more and more complicated, even more if get close to 40. This is mainly true for him, a little less for Nadal, even less for Djokovic. It is true that they are great champions and will be able to better manage all these months of inactivity, but inevitably they will pay. On the other hand, young people who would have needed to play many games to accumulate experience will not be able to do it, but I still believe that the gap will decrease”.

Tsitsipas and Thiem have the potential to take over the top three in the future.

“Thiem has more experience and has been playing at such a high level for five years. Tsitsipas has a good story and comes from a country without a tennis tradition. The Greek player has the potential to win titles on all surfaces. I also like Shapovalov, but he has a risky playing style. Auger Aliassime is a good prospect. Italian fans can have hopes for Berrettini and Sinner. All depends on injuries, because many players will not be able to be consistent at these levels, although they are talented.”

Bertolucci thinks that 2019 Next Gen ATP champion Jannik Sinner will continue his rise in the future after his breakthrough season last year.

“He would have needed to play a lot in 2020, but he is so young that he can even afford to lose a year. He will watch many matches and study tactically. I know he watches one match after another. I have never seen an Italian player reach this level at the age of 18. He must certainly work on every aspect, but he has enormous margins for improvement. He must physically improve, raise the percentage of first serves and the percentage of returns, he must learn to learn new offensive solutions and to know areas of the court that he has not frequented so far. In my opinion he is more suitable for hard court, but he can also play well on clay and on grass, but these are things that he will discover only later in a few years”.

Bertolucci thinks that Matteo Berrettini has the potential to confirm the excellent results that propelled him to his career high of world number 8.

“Matteo had not so many points to defend in the first half of 2020. The priority for him was to solve his physical problem. For this reason the injury was not a big problem, as he would have had to defend the points that he won in 2019. He worked very hard. I don’t know if he will be able to repeat the results he achieved last year, but he has not reached the top eight by chance”.

According to Bertolucci, Italy has a good chance to win the Davis Cup with a full team.

“Italy would have a good chance to win this event with the best times. There are not so many teams, which can boast two players, who are close to the top 10 and a good doubles team formed by Fognini and Bolelli. It is necessary that the two singles players are in good shape. Unfortunately that was not the case last year. Italy can win the Davis Cup, if Fognini and Sinner are in form”. 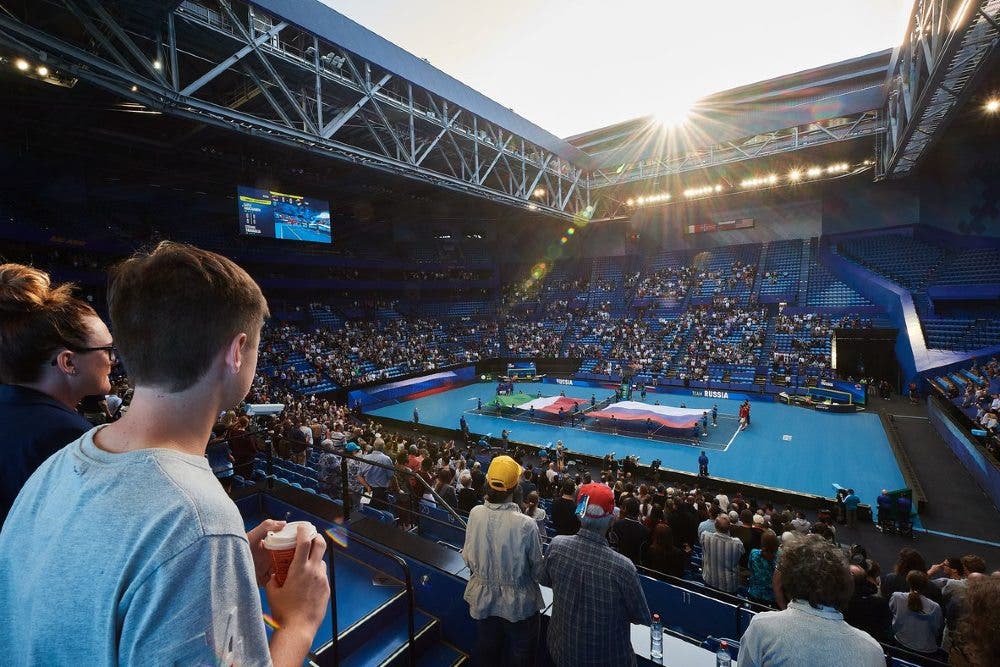 The other stars will be Andrey Rublev (five-time titlist on the ATP Tour in 2020), the winners of the past three editions of the ATP Finals (Alexander Zverev, Stefanos Tsitsipas and Danil Medvedev), 2020 US Open champion Dominic Thiem, 2019 US Open semifinalist Matteo Berrettini and Denis Shapovalov. The 2021 ATP Cup will feature 14 of the top 15 players in the ATP Ranking.

The draw will be broadcast on the ATP Cup’s official Facebook page. Fans will be able to follow the ceremony from around the world. Commentators Jim Courier and Mark Petchey will also feature. Official Martin Oosthuysen and ATP Cup Tournament Director Tom Larner wlll oversse proceedings.

The 12 teams will be divided into four round-robin groups of three each. The four group winners will qualify for the semifinals.

Each tie will be comprised of two singles matches and one doubles match. The country that wins two matches will take the tie. Singles will be the best of three tie-break sets. Doubles will feature No-Ad scoring and a Match Tie-break instead of a third set.

The number 1 players and the team captains:

World number 1 Ashleigh Barty and 2019 Next Gen ATP Finals champion Jannik Sinner have joined a star-studded field at the exhibition tournament named “A Day at the Drive”, which will be held at the Memorial Drive Tennis Centre in Adelaide on Friday 29 January 2021.

Barty has not played an official match since losing her semifinal against Petra Kvitova in Doha last February shortly before the outbreak of the global pandemic. The Australian star won the title at the inaugural edition of the Adelaide WTA tournament last year.

“I am looking forward to playing my first match of the 2021 season in Adelaide. I have fond memories from the Adelaide International last year and i twill be great to get back on court here for “A Day at the Drive”, said Ashleigh Barty. The Australian Open has been delayed until 8 February 2021. The Melbourne Park will host warm-events one week before the first Grand Slam tournament of the year. 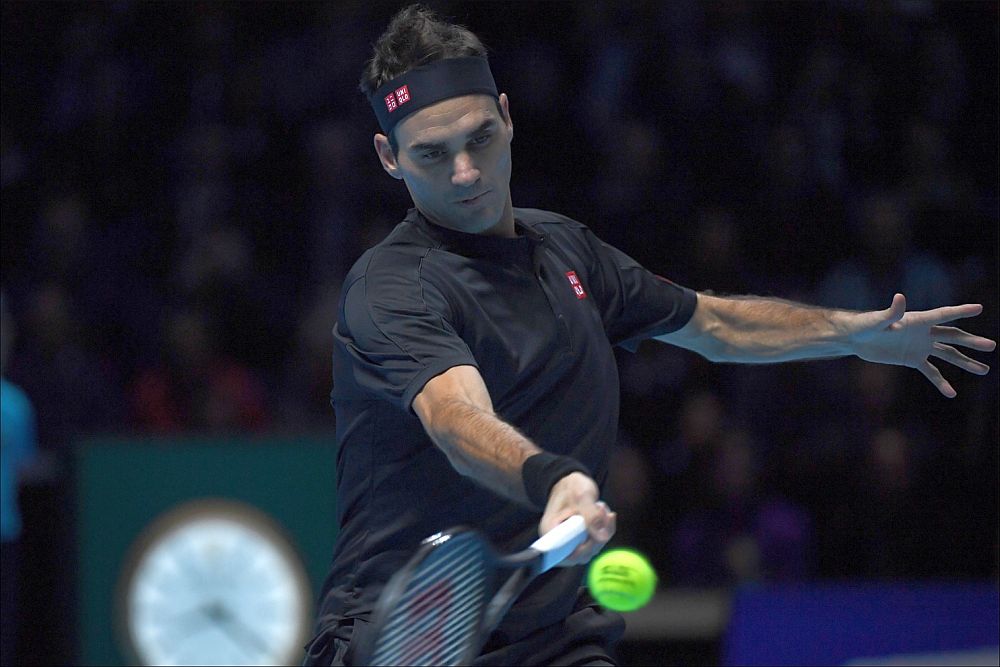 Roger Federer is expected to make his come-back at the Qatar Exxon Mobil tournment on outdoor hardcourts in Doha from 8 to 13 March 2021, according to Rotterdam Tournament Director Richard Krajicek.

Federer is currently training in Dubai, which is only 235 miles from Doha. The 20-time Grand Slam champion withdrew from the Australian Open last month.

“As far as I know, Roger will play in Doha, the week after Rotterdam. If he is fit and ready, we will hear from him”, said Krajicek.

Krajicek announced that Rafael Nadal will play in Rotterdam for the third time in his career next March. The former Dutch star still hopes to invite Federer, who claimed three titles in Rotterdam.

Three years ago Federer became the oldest world number 1 at 36 after beating Robin Haase in the quarter final of the Rotterdam tournament and went on to win his 97th ATP Tour title by beating Grigor Dimitrov in the final. After undergoing the second knee surgery last May Federer decided to skip the rest of the 2020 season and returned to the court to train. He moved to Dubai to train in good weather conditions under the guidance of his coach Ivan Ljubicic, who was a former world number 3 player.