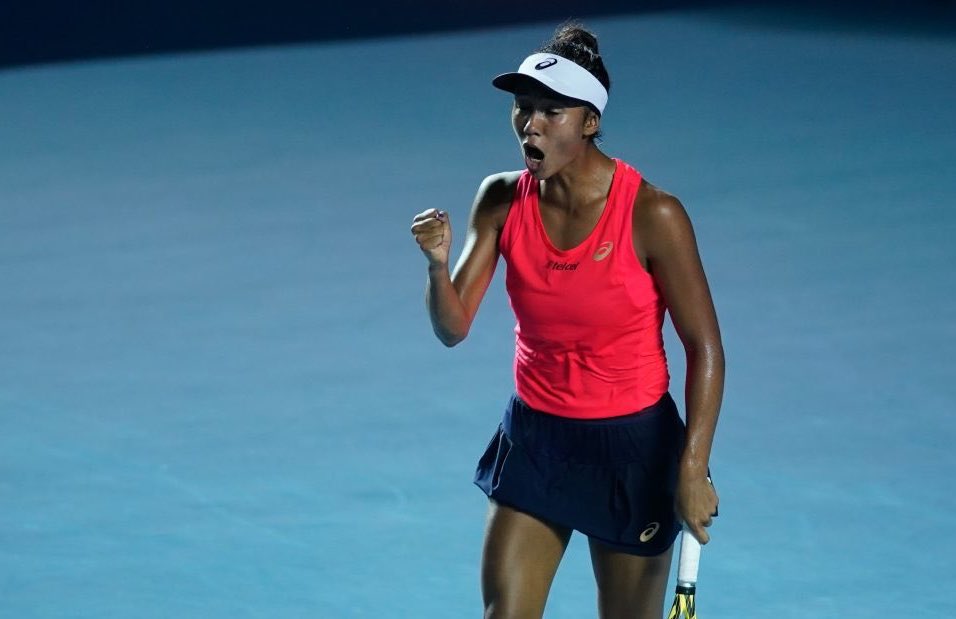 17-year-old Leylah Fernandez has continued her surge in form on the WTA Tour in recent days with a three-set victory over former US Open champion Sloane Stephens at the Monterrey Open.

Fernandez, who reached her first senior final last week in Acapulco, battled on the court for more than two hours to down Stephens 6-7(4), 6-3, 6-3. Making it the second top 20 player she has defeated over the past month after Belinda Bencic in the Fed Cup. Against Stephens, Fernandez failed to convert a set point opportunity in the opener before losing the tiebreak. However, she bounced back in the next two sets where she didn’t face a single break point and broke her rival three times in total.

“It was a great match. I was a little nervous in the beginning. She’s a great player and she’s won a Grand Slam. I knew it wasn’t going to be easy,” wtatennis.com quoted Fernandez as saying after the match.
“I tried to use everything that I’ve trained, as in forgetting about the past and focusing on the present, and that’s helped me a lot. I’ve done a lot of mental training since I was very young and it’s paying off now.”

Fernandez is currently at a ranking high of 126th in the world following her run in Acapulco. Another deep run this week would nudge her closer to breaking into the top 100. At present there is only one player under the age of 17 in the top 100, which is America’s Coco Gauff.

As for Stephens, she finds herself going back to the drawing board once again. The former world No.3 has scored only two victories in five tournaments played so far in 2020. As a result of her lacklustre results, she is currently ranked 37th in the world. Her lowest position since August 2017.

The latest victory of the Canadian has set her up for a potential showdown against top seed Elina Svitoliva, who plays her second round match against Olga Govortsova on Thursday. Svitolina has won 13 titles so far in her career, but hasn’t won a tournament since the 2018 WTA Finals.

“It’s going to be another tough match,” Fernandez previewed. “Svitolina, she’s a great player. She’s won many tournaments and I’ve seen her play on TV.
“I’ll just go through my training tomorrow, maybe fix a few things, have a game plan and hope for the best, and prepare for the worst.”

Stefanos Tsitsipas Voices Opposition To Coaching From The Stands