Sam Groth: "Franch Open is trying to kill the Laver Cup before it starts to get as big as the Ryder Cup" - UBITENNIS 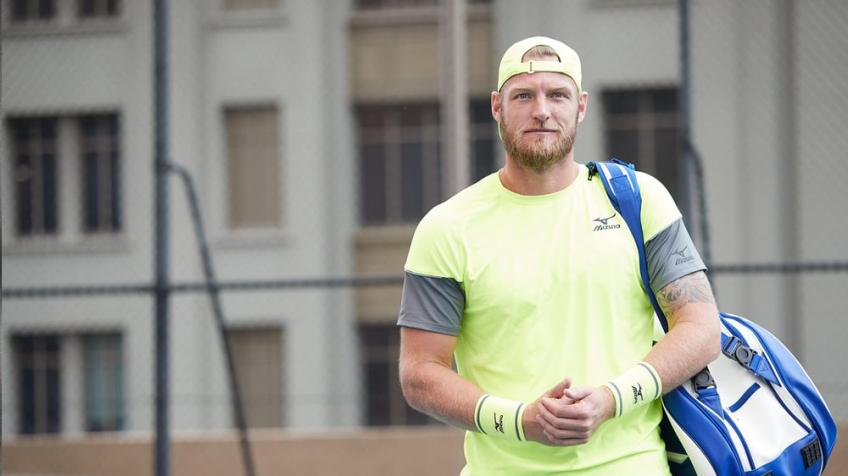 Organisers of the French Open moved their tournament from May to September in the attempt due to the coronavirus pandemic to ensure that the tournament is still played this year. The French Open will overlap with the Laver Cup, which will start on 25th May 2020.

“I think something which is being missed is the French Tennis Federation. They have been a really big supporter of the new look Davis Cup. Now they have gone and done is they have gone and done is that they have put them in a week that coincides with the Laver Cup which people see as a bit of a threat alongside the ATP Cup to this new look Davis Cup. They have gone and basically backed themselves in, put themselves in a situation where they are trying to I feel, kill the Laver Cup before it starts to get as big as the Ryder Cup for example. They are looking at creating that sort of model from a tennis point of view. If you gonna go and make players decide between playing this event and the French Open, it’s gonna be a heck of a decision for the players to make. I won’t be surprised if this one ends at the court at some time, because there is is a lot of sponsors and a lot of money involved. It’s meant to be in Boston this year, it’s gonna be an interesting one there is a lot to play out still”, said Sam Groth. 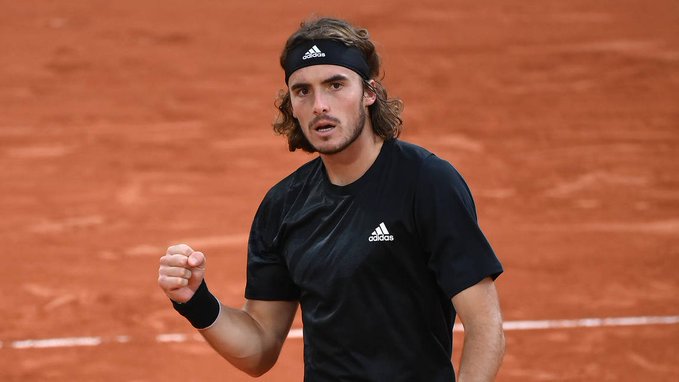 Stefanos Tsitsipas became the first Greek male or female tennis player to reach the Quarter-Finals at Roland Garros with a 6-3 7-6(9) 6-2 win over Grigor Dimitrov.

Another historic milestone beckoned for Tsitsipas as he took down a spirited Dimitrov in straight sets.

It was Tsitsipas who made the quickest start as he grinded out the unforced errors from Dimitrov’s racket.

A 3-0 lead was the ideal start as his court coverage mixed with his power from the back of the court caused Dimitrov all sorts of problems.

The duo had never played before and the Bulgarian was finding it tough to battle past Tsitsipas’ defence in heavy conditions.

A lot of angles were created by both players as they looked to construct points well rather than power past their opponents.

Dimitrov was starting to figure out this solution but Tsitsipas remained firm and took the opening set 6-3, by the one break of serve.

A much more competitive second set developed as the variation between attack and defence was on show.

Dimitrov started to play smarter tennis by using the backhand slice to try and open up the court and make more consistent power off the forehand side.

This lead to more belief in Dimitrov that he could outsmart and outhit Tsitsipas in what was turning into a fascinating encounter.

A couple of half-chances came and went for Dimitrov as some clutch play from especially on the backhand saw him remain solid on serve.

A thrilling second set tiebreak would decide the second set as the Bulgarian looked to take his momentum in the tiebreak.

After losing the first three points, Dimitrov played some bold and stunning shots when up against it but was too cautious when it really mattered.

Failing to convert two set points, a forehand unforced error into the net sealed Dimitrov’s fate as he lost the second set tiebreak 10-9.

From then on it was all about Tsitsipas as he raised his level and Dimitrov’s belief, momentum and level significantly dropped.

Creating a break point on every return game, a break in the second and eighth game sealed victory in 2 and a half hours.

A stunning match from Tsitsipas, who overcame a brilliant second set from Dimitrov, to win in straight sets and become the first Greek man or Woman to reach the last eight in Paris.

Next for Tsitsipas will be a rematch from the Hamburg final as he takes on Andrey Rublev.

When Tsitsipas and Rublev meet on Wednesday, Tsitsipas will hope to end the world number 12’s nine match winning streak.

The second seed narrowly avoided a shock defeat to the world No.239 in Paris on Sunday. 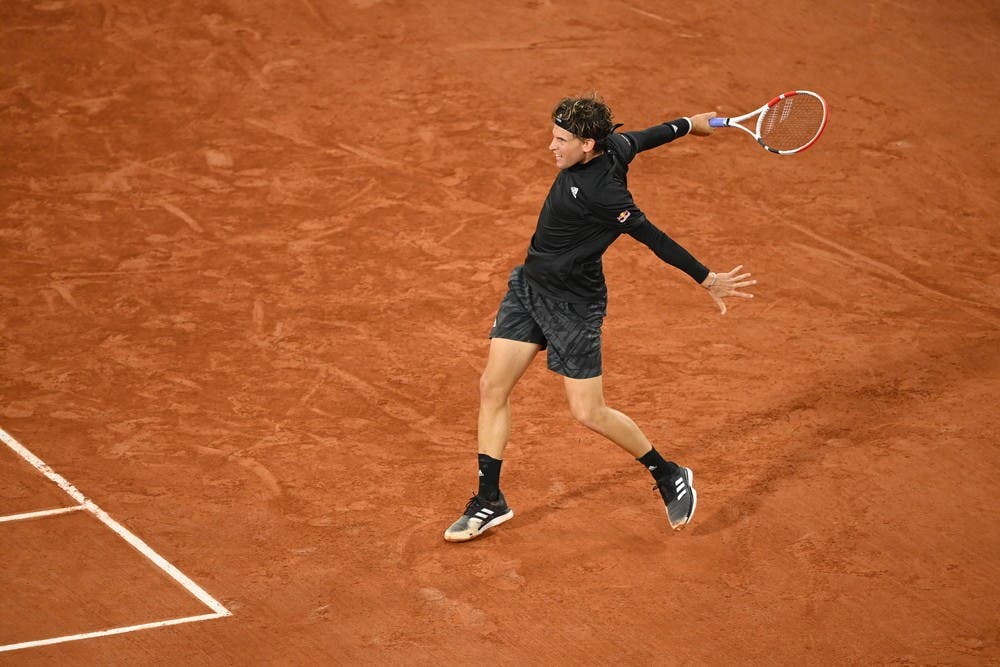 US Open champion Dominic Thiem survived a roller-coaster showdown against wildcard Hugo Gaston to seal a place in the quarter-finals of the French Open for a fifth consecutive year.

The second seed overcame a warrior-like fightback from the world No.239 to prevail 6-4, 6-4, 5-7, 3-6, 6-3, after more than three hours of pulsating action. Gaston, whose best tournament result prior to Roland Garros was reaching the semi-finals of a Challenger event, pushed the Austrian to his limit with repetitive use of the drop shot.  Despite the disparity in the rankings between the two, Thiem’s winners tally was overshadowed by Gaston who hit 59 to 30.

“I think it was an amazing match from both of us,” Thiem said afterwards. “Such good fighting qualities from him and I haven’t seen for a very long time a player with such a big touch with his hands.’
“His drop shots are from another planet. I was sprinting like 400 times to the net, all the credit to him. If he continues like this he is going to be a huge player.”

Initially it looked as if the match would be a one-sided Thiem victory as he eased to a two-set lead. However Roland Garros debutant Gaston refused to go away in what was an epic comeback that electrified the crowd on the premier court in Paris. In the end it would be a single break in the eigth game of the decider that would separate the two. A failed Gaston drop shot granted Thiem the break to move ahead 5-3 and serve the match out. A task he managed to achieve with the help of a body serve that his opponent returned into the net on match point.

“I think I missed one break point at two sets to love up and four-all. It was an easy forehand mistake and from that point it changed a little bit,” Thiem reflected. “I was losing a bit of energy and Hugo was playing amazing with his drop shots. I couldn’t find a right answer to that.’
“Then in the fifth set I found a new energy and was playing good again. It was a great fight until the end. I am very lucky I made it through today.”

Overall Thiem won just 11 points more than the Frenchman (158-147) and crucially saved ten out of the 13 break points he faced. It is the tenth time he has won a five-set match in his career and second within as many months. At the US Open he came back from two sets down to defeat Alexander Zverev in the US Open final.

Thiem’s reward is a showdown with Diego Schwzrtzman who enjoyed a much smoother entry into the quarter-finals. The Argentine dismissed Lorenzo Sonego 6-1, 6-3, 6-4.

“It’s all about recovery now. I’ve had a tough past few weeks and today was three-and-a-half hours with a lot of sprinting and running,” the 27-year-old stated.
“Against Diego there are going to be some long rallies. I think he likes these conditions, a bit slower and not such a high bounce. I am looking forward to the match but it is going t be difficult.”

Thiem leads Schwzrtzman 6-2 in their head-to-head.