Relief And Disappointment At Once: The World Of Tennis Reacts To Olympic Postponement - UBITENNIS 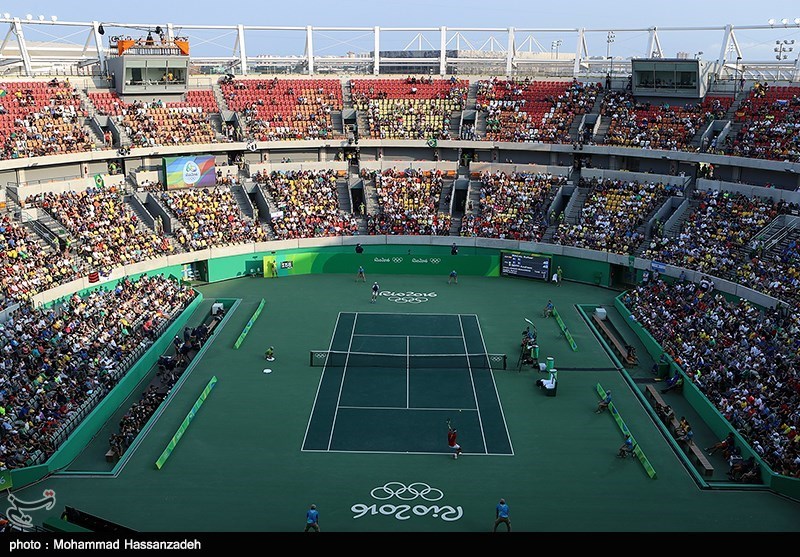 The world of tennis has united in support for the suspension of the Tokyo Olympic Games amid the worldwide Covid-19 pandemic.

On Tuesday it was announced that the four-year event would be delayed until 2021 due to uncertainty over the virus and the lack of preparation athletes have been able to do. It is only the fourth time in history the event has been affected by outside forces since the birth of the modern Olympics back in 1896. The first three were due to the first and second world wars where they were cancelled outright.

Kei Nishikori was set to be one of his country’s headline acts at the games this summer. In 2016 he won a bronze medal in the singles tournament. Becoming the first Japanese tennis player to win a medal at the Olympic Games since 1920. It is important to note that Tennis wasn’t an Olympic event between 1928–1984.

“I was a little relieved to hear the news of the Olympics this (Tuesday) morning.” Nishikori said in a video published on his personal app.
“I think that it is good for every athlete that it was not a cancellation and that it was postponed. Of course, for those who were well prepared, I think there are things that are difficult, but in this situation I think there are players who can not practice well and there are various differences coming out. ‘
“I’m glad to see the Olympics in Tokyo in 2021, and I’ll be preparing myself for a good opportunity a year later, and look forward to this period. Let’s all work together and do our best so that this painful situation can be cured as soon as possible.” He added.

Yoshihto Nishioka had planned his 2020 around peaking in Tokyo this summer. The world No.48 was set to make his debut at the games at the age of 24. Earlier this year he reached only the second ATP final of his career at the Delray Beach Open

“I was looking forward to the Olympics very much,” he wrote on Twitter in Japanese.
“This year’s goal was to put the Olympics first, but more should now be put on human health.’
“I really want to maintain this ranking for next year.’

Petra Kvitova has hailed the decision as the right move. Four years ago, she won a bronze medal after defeating Madison Keys. She is one of only two Czech players to win an olympic medal in singles competition during the Open Era. The other was Jana Novotna back in 1996.

Sad news today that we won’t be able to compete at the Olympics this year, but it’s definitely the right decision given the situation the world is in with Covid19.

Instead of being disappointed, let’s look forward to making 2021 the best Olympics the world has ever seen! pic.twitter.com/05luiIpHSl

Belgium’s Kirsten Flipkens described it as a ‘logical move.’ Her only taste of the event was back in 2016, where she stunned Venus Williams in three sets en route to the third round in Rio de Janeiro.

“I think it is only a logical decision. No matter how difficult for all athletes (and specifically the athletes who have been working towards this goal for 4 years), health ALWAYS comes first,” she said.

ITF and USTA give full backing

The International Tennis Federation (ITF) oversees the running of the Olympic tennis event and qualification criteria. It is yet to be confirmed if there will be any changes made to who can participate in the games next year. At present ranking points are not on offer at the event. Although it has been previously suggested that this may change in the future.

“The global health situation continues to evolve at an extraordinary pace and we are faced with an unprecedented situation that calls for responsible leadership and making informed decisions. Whilst this is a bitter disappointment for all those who have been preparing and training hard, we all understand that the protection of human life, health and safety, comes first.” ITF President David Haggerty said.
“The ITF supports this decision and will continue to collaborate fully with the IOC and the IPC going forward to 2021. We look forward to seeing all athletes, volunteers and fans when it is safe for us to meet and participate at our best at the Olympic and Paralympic Games Tokyo 2020.”

In North America, The United States Tennis Association (USTA) sympathised with the frustration of athletes training for the event. America is the world leader when it comes to Olympic tennis. The country has won 24 medals over the past 28 years with 14 of those being gold.

“The decision to postpone the Games of the XXXII Olympiad in Tokyo was obviously a difficult one, and we under the frustration and disappointment that so many of the athletes are experiencing right now,” the USTA said in a statement published by Tennis World USA.
“Ultimately, though, with the ongoing and evolving situation surrounding the COVID-19 virus, this was the most prudent and appropriate decision. The USTA is in full support of this move, as the health and safety of the athletes, fans, volunteers, staff and all those involved with Tokyo 2020 are the highest priority.”

The dates for the 2021 Games are yet to be confirmed. Should it mirror this year, they are set to take place between Wimbledon and the US Open.