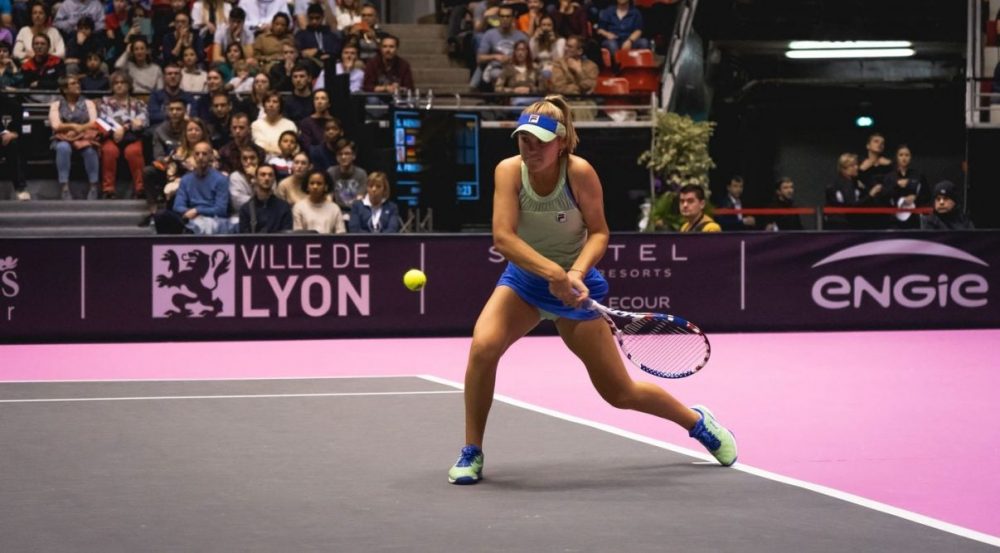 American rising star Sofia Kenin has won her first title since her maiden grand slam triumph in January at the Lyon Open on Sunday.

The 21-year-old top seed prevailed 6-2, 4-6, 6-4, in a lopsided encounter with Germany’s Anna-Lena Friedsam at the Palais des Sports de Gerland. Friedsam, who is five years older than Kenin, was playing in her first WTA final since 2015. Similar to her earlier matches in the tournament, it was far from an easy encounter for the world No.5. Who hit 29 winners to 42 unforced errors and dropped her serve three times in total.

Initially, it looked as if Kenin would be on course for a straightforward victory after leading her rival by a set and a break advantage. However, Friedsam hit back during the second set before going on to break once again to force the match into a decider. Despite the blip, Kenin managed to restore order in the final set by breaking the Firedsam serve twice en route to her fifth title on the WTA Tour.

“It was a little bit different pressure and it was such a tough tournament,” Kenin said during the trophy presentation. “I’m so happy to have come here. Lyon is so beautiful.
“I’d like to congratulate Anna-Lena on a great tournament, great match it honestly could have gone either way.”

The victory comes after what has been a difficult period for Kenin since the Australian Open. In her two previous tournaments (Doha and Dubai) she lost in the first round. Besides Friedsam, she also defeated Alison Van Uytvanck, Océane Dodin, Jaqueline Cristian and Vitalia Diatchenko in Lyon. Four out of her five wins were in three sets.

“I had two tough losses (last month) but I knew I needed to regroup, and I’m so happy that I won it,” Kenin reflected.
“Every match was a close one and I had to really fight through – every player I played put up a tough fight against me, and I was able to play my game which was good. I’m happy that I came here – it was a good decision from my side… I wanted to get enough match play going into Indian Wells and Miami.”

Kenin will be hoping to carry her winning momentum into Indian Wells where she will be seeking to end her country’s title drought at the tournament. An American player hasn’t won the Indian Wells title since Serena Williams and Andre Agassi both triumphed back in 2001. She will grace her presence in the main draw for only the third time in her career and is yet to progress beyond the second round.

‘Precautionary Health Measures’ To Be Implemented At Key Tennis Tournaments