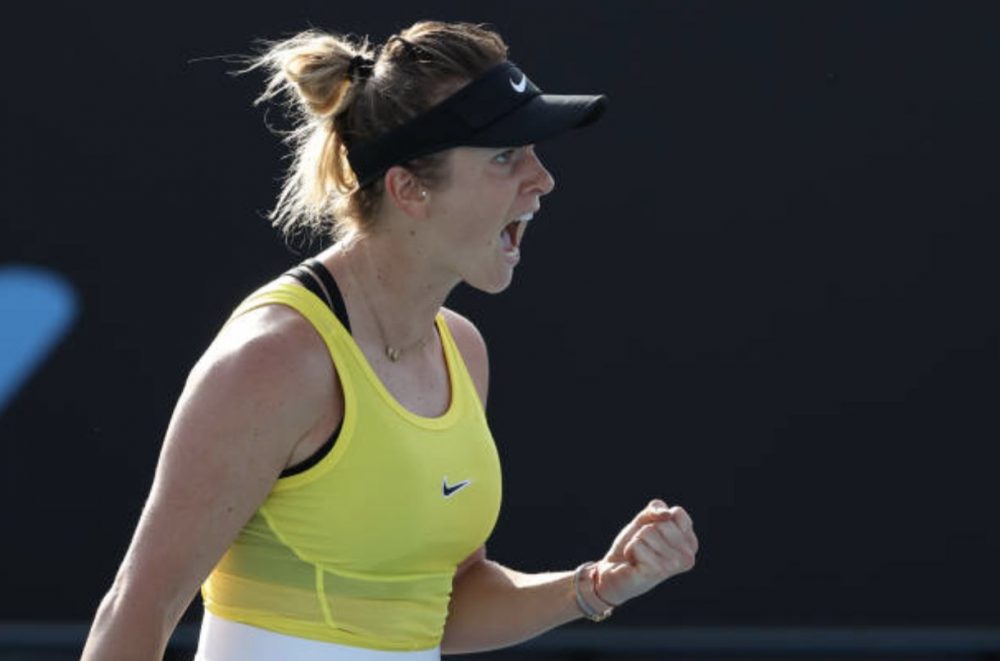 Top seed Elina Svitolina continued her quest for a first title since 2018 with a straight sets win over Olga Govortsova in the second round of the Monterrey Open on Thursday.

The world No.7 required just under 80 minutes to see off the Belarusian 6-3, 6-4, to reach the quarter-finals of a WTA tournament for only the second time this season after Hua Hin last month. Despite dropping her serve once in both sets against Govortsova, Svitolina only dropped eight points behind her first serve (31/39). Breaking her rival four times in total.

“I feel great,” wtatennis.com quoted Svitolina as saying after. “I’m feeling fit and ready to play my quarter-final.”
“Every match matters a lot,” she added. “I try to prepare and be ready for anything that comes my way.”

The 25-year-old is chasing after a confidence boost in Mexico following what has been a mixed start to the season. Prior to this week, Svitolina has lost her opening match in three out of five tournaments played. Furthermore, last year’s WTA Finals runner-up is yet to score a win over a top 50 player in 2020.

Svitolina’s next test in Monterrey will be Canadian rising star Leylah Fernandez, who reached her first WTA Final in Acapulco last week. Fernandez knocked Sloane Stephens out of the tournament on Wednesday. The 17-year-old is the current French Open girls champion and is at a ranking high of 126th in the world.

“I know that [Fernandez is] starting to play well in 2020,” said Svitolina. “She strikes the ball really good, and it’s important to be ready and to try to dominate. For me, it’s important just to focus on my game, really.”

Svitolina, who has won 13 WTA titles throughout her career, is chasing after her first trophy since winning the prestigious WTA Finals back in November 2018.

Second seed Johanna Konta also progressed to the last eight after defeating Germany’s Tatjana Maria 7-6(4), 6-3. The British No.1, who is on the comeback from a knee injury, hadn’t won back-to-back matches on the tour in 2020 until this week. Against Maria Konta withstood 11 aces fired from her rival as she saved both of the break points she faced during her latest match.

“It was an incredibly tough match,” said Konta. “[Maria] is very crafty, and very creative on the court, and quite frankly made me uncomfortable today. She plays a game that is very tough to get rhythm against.”
“I’m really pleased I was able to try to play the game, find a way, and basically be able to work my way through that match,”

Konta will play former Wimbledon girls champion Anastasia Potapova for a place in the semi-finals. 18-year-old Potapova staged a massive comeback during her second round match to see off Slovakia’s Tamara Zidanšek. The Russian was down 1-6, 3-5, and had to save a trio of match points before prevailing 1-6, 7-6(3), 6-1.

Should Konta defeat Potapova, she will progress to her first tour Semi-final since last year’s French Open.