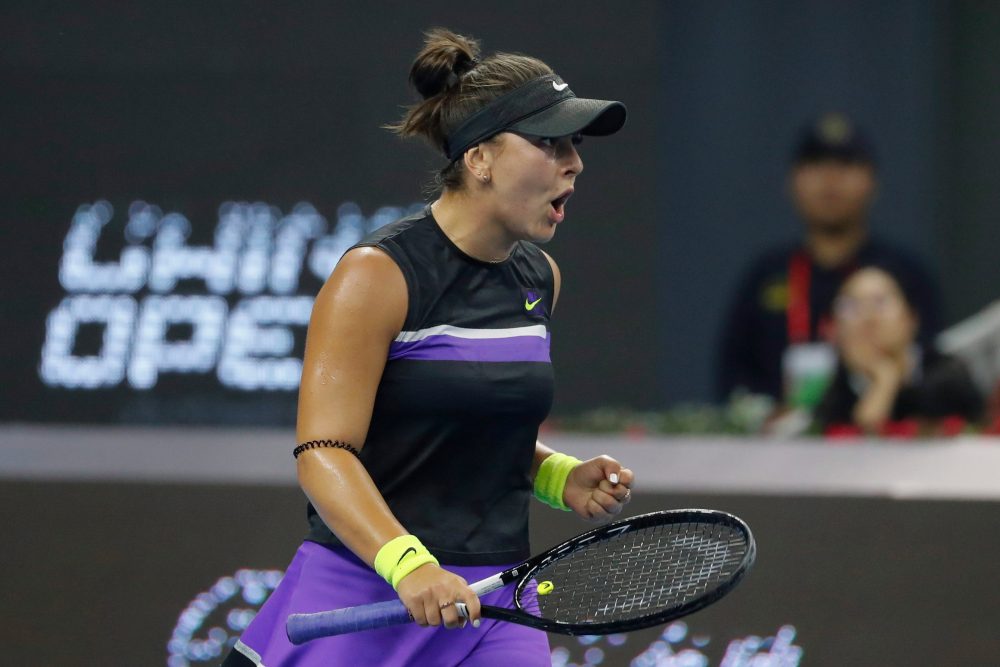 The return of US Open champion Bianca Andreescu to the WTA Tour has been delayed once again after she pulled out of the BNP Paribas Open in Indian Wells.

Andreescu, who is yet to play a match in 2020, was hoping to be fit in time to play at the Premier event. Where she won her first professional title 12 months ago after defeating Angelique Kerber in the final. The 19-year-old has been sidelined from the tour since suffering a knee injury during the WTA Finals last November.

“As many of you know, I’ve been working through an injury I suffered last year during the WTA Finals. It’s been a long road to recovery and while I was looking forward to getting back on court and defending my title at Indian Wells, unfortunately I’m still not 100%.” The Canadian said in a press release.

There had originally been hope that Andreescu would be ready in time to play in Indian Wells, which officially gets underway on Monday. Her coach Sylvain Bruneau previously said that the recovery was going well, but they were staying cautious. In the build up to her latest decision, Andreescu travelled to Palm Springs in California to test out her knee.

“Well it’s been a long road, a long recovery, but… it’s going well, especially recently, we’ve had some really good momentum and things are in, I would say, good shape,” Bruneau told Sportsnet.ca on March 3rd.
“She’s just going to start competing when she’s… ability- and health-wise, totally ready and we’re gonna take no risk. So we’re hoping it’s going to be good to go for Indian Wells, but we need a few more days.”

Currently ranked 4th in the world, Andreescu will soon be dropping out of the world’s top 10 due to being unable to defend the 1000 points she won in the tournament last year. It is the latest setback for the youngster, who also withdrew from three out of her last six tournaments in 2019 due to injury-related problems.

Three out of the four women to reach the semi-finals in Indian Wells last year have now pulled out of the tournament. Also absent is Simona Halep and Kerber. 2015 champion Halep is out with a foot injury and Kerber is recovering from a left leg injury.

Ash Barty will be the top seed in the draw, but she is yet to go beyond the fourth round of the tournament in her career. 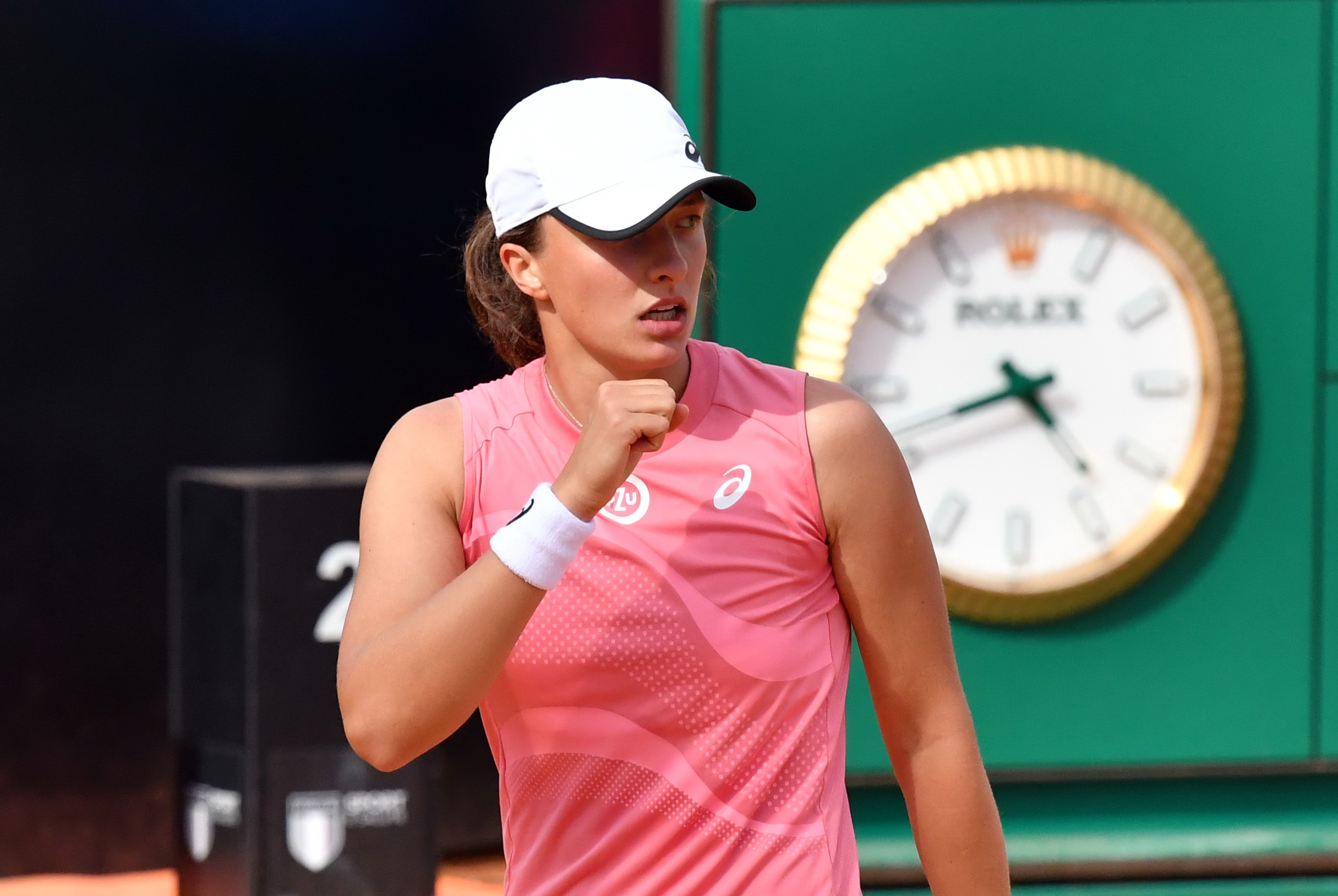 Iga Swiatek has set up a final showdown with Karolina Pliskova in Rome. 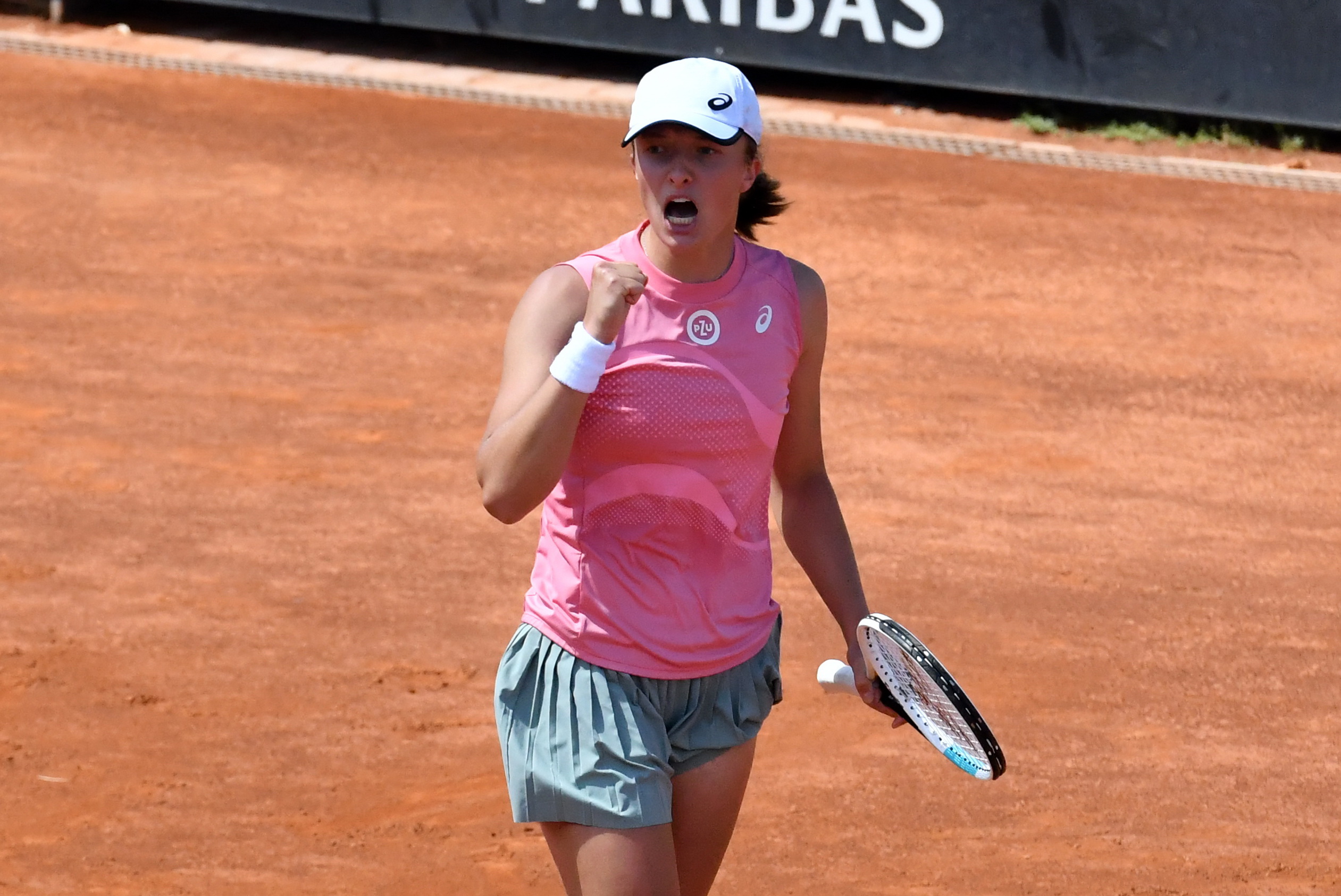 The Pole made her first WTA1000 final after completing her second win of the day in convincing fashion.

Swiatek will now play Karolina Pliskova in tomorrow’s final after she beat Petra Martic in the first semi-final.

The first set set the standard for the match with ridiculous shot-making from the off as both players settled into the match quickly.

It was Swiatek though who grabbed the first break of the match as she forced some unforced errors out of the young American.

Gauff’s hard hitting and athleticism meant that she was far from out of the match as she managed to hit several winners and punch holes through the Pole’s game.

Eventually the 17 year-old managed to break back as the Roland Garros champion’s power had decreased and more unforced errors crept into her game.

However in the first set the Pole won five of her six service games when she was down in the game and that mental advantage in pressure points was crucial as she ensured that the first set was heading towards a tiebreak.

More solid play from the Pole and better tactical play ensured that Gauff hit a flurry of unforced errors and Swiatek won seven of the ten points available to take the opening set in 1 hour.

In the second set, Swiatek’s confidence was on full show with an improvised forward tweener and efficient serves put the American under really pressure.

Inevitably the pressure told as a double fault handed the world number 15 the crucial break for a 3-1 lead.

If that was impressive then, the hold after was even more impressive as the Pole withstood some ferocious firepower especially from the backhand side to save two break points and consolidate the break.

Swiatek produced another break as her all-round consistency was too solid for Gauff’s power and ferociousness in the fore court.

The Pole produced some late jitters as Gauff did well to apply pressure on the Roland Garros champion, a double fault while serving for the match handed the American a lifeline.

However it was only a lifeline as Swiatek completed victory to move into her first WTA 1000 final.

It was a confident performance as she moves into the final in what is ideal preparation for her Roland Garros title defence.

She will now play Karolina Pliskova in tomorrow’s final after the Czech Republican reached her third consecutive Rome final with a 6-1 2-6 6-3 win over Petra Martic.

Iga Swiatek beat Elina Svitolina to rack up her first top 10 win of the season to reach the Rome semi-finals. 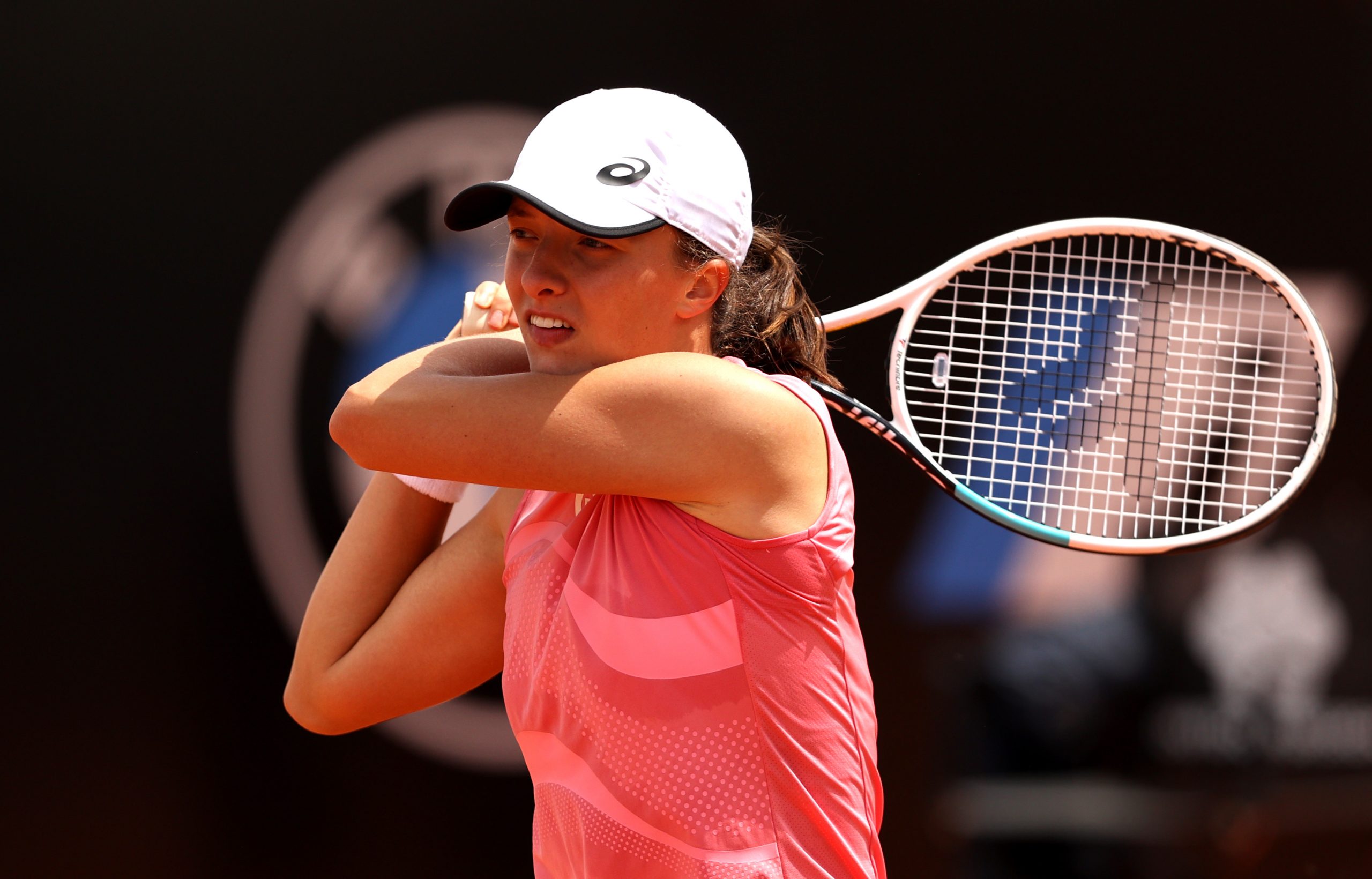 The Polish teenager upset the number five seed in straight sets to reach the final four in Rome.

Iga Swiatek continues to rack up the wins against the top 10 players in the world, this time against the Ukrainian Elina Svitolina beating her 6-2, 7-5 to reach the semifinals of the BNL D’Italia Open in Rome.

She got off to the best possible start using her speed and aggressive groundstrokes to hold her opening service game and the very next game went on the attack earning two breakpoints with a sublime forehand return winner.

The number five would save both before succumbing to a third when the number 15 seed pulled out a powerful forehand winner to take an early 2-0 lead.

The Odessa, Ukraine native had a chance to get back in the set earning her first breakpoint of the match at 3-1 but again it was the 19 year old would come up with the goods to save it.

When serving to stay in the first set at 5-2 the number 15 seed continued to pressure the Ukrainian serve and earned three sets points which she would convert on to take the first set.

It was the number five seed who would earn the first chance to break in the second set with a forehand winner of her very own but again was denied by the Polish teenager.

The Ukrainian would finally get the breakthrough to take a 2-1 lead but Swiatek would respond the very next game breaking right back using her backhand this time.

After holding serve the Pole had a chance to take the lead once again and the number five seed would double fault twice in a row to once again get broken and trail 4-2.

Just like earlier in the set the Ukrainian would bounce back the very next game breaking right back and it would stay on serve until 6-5 with the number five seed serving to stay in the match.

The Pole would earn two match points and convert on her first chance to take the set and the match setting up a semifinal later today against Coco Gauff who was able to finish her match yesterday.