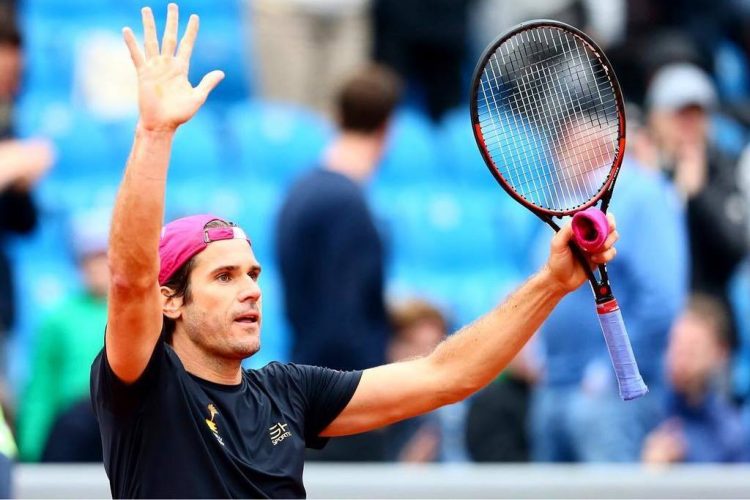 Former world No.2 Tommy Has of Germany.

Indian Wells tournament director Tommy Haas has said Roger Federer ‘will give his all’ to win another Wimbledon title as he shed light on their friendship during a recent interview.

Haas, who peaked at a high of No.2 in the rankings during his tennis career, has described the Swiss Maestro as ‘someone very special’ due to his achievements in the sport. Federer currently holds the record for most grand slam titles won (20) and weeks spent at world No.1 (310) on the ATP Tour. The two used to be rivals and faced each other 17 times on the tour with Federer winning 13 of those meetings. Although Haas’ final competitive win before retiring was against the former world No.1 in 2017.

One of the most impressive things about Federer is his longevity in the sport. At the age of 38, he is the oldest player in the top 100. Furthermore, there are only six players older than him in the official ATP ranking system, which features more than 1900 people.

“The reality is that he is someone very special. When you see him play at his age and at that level all you can say is wow.” Haas told Marca.
“In fact, he should have 21 ‘Grand Slams’ because in the Wimbledon final, with 40-15 and serve, (the title) was his. Unfortunately, this was not the case, but the way he moves and continues to compete making the right schedule is incredible. That he is hungry after all he has gained is phenomenal.”

Haas’ mention of Federer’s Wimbledon misfortunes concerns what happened at the event last year. He had a duo of match points against Novak Djokovic in the final, but failed to convert either of them before losing in the decisive tiebreaker.

Federer is a member of the prestigious Big Three, which also features Djokovic and Rafael Nadal. They are currently in a battle to end their careers with the most major titles to their name. Federer is currently in the lead with 20, but he is the oldest of the trio.

“What Rafa did at the (2019) US Open was crazy. The final was like a roller coaster. First he won two sets to zero and break ‘in the third with Medvedev. The match was over. Then Daniil came back, but Rafa is always there, he never loses concentration and that makes him a unique athlete,” Said Haas.
“Djokovic is unpredictable, but it is also true that he is the youngest of the three and has room to win at least two or three more (majors).’
“Federer is the one that has it more difficult to win (a grand slam) again and his opportunity will be at Wimbledon again and Roger knows it so he will give everything. Maybe all three should stay on 20 titles.”

It remains to be seen how much longer the Swiss player will continue playing on the tour. He has repeatedly played down numerous retirement speculation and insisted that he hasn’t made up his mind yet. Even Federer’s agent, Tony Godsick, has previously said that he is unsure.

“Hopefully he stays healthy, wants to keep winning and plays for many more years.” Said Haas.
“His presence, together with that of Rafa Nadal and Novak Djokovic helps to promote tennis. It is true that we need a couple of young people to come out and stand up to them.”

Federer has won 103 titles in his career to date. The second highest tally in the history of men’s tennis after Jimmy Connors.