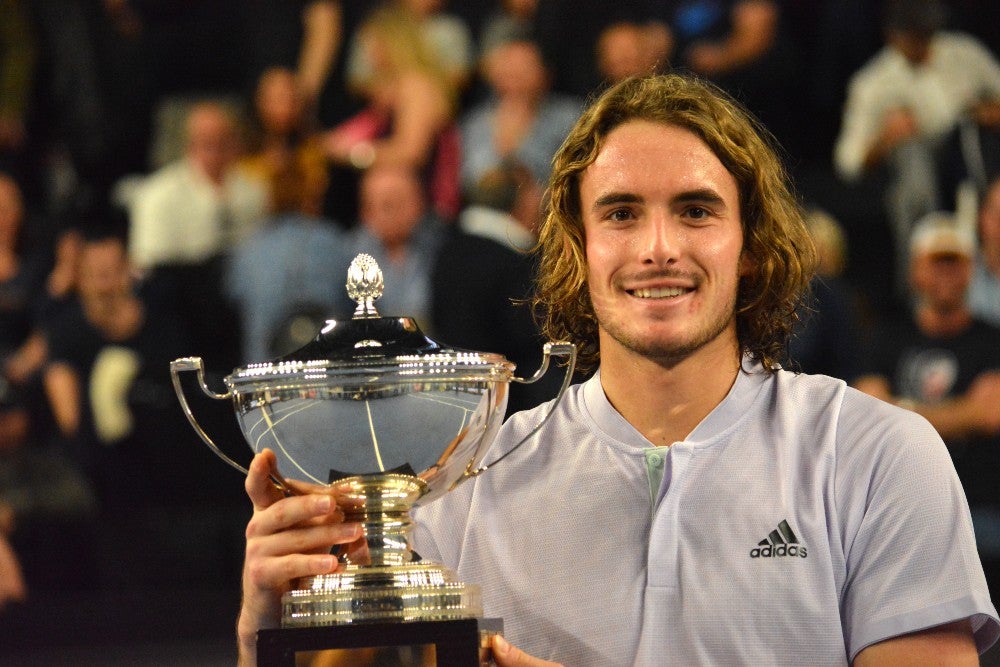 Second seed Stefanos Tsitsipas has become just the third player in the Open Era to win back-to-back Marseille titles after cruising to victory on Sunday.

The world No.4 dropped serve only once during his 6-3, 6-4, win over fellow top 20 player Felix Auger-Aliassime. A player who Tsitsipas had only beaten once in their three previous meetings on the tour prior to this week. In their latest clash the Greek claimed 78% of his first service points as he broke his Canadian rival three times. Once in the first set and twice in the second.

“I played a good quality of tennis today and I showed everyone what I am capable of,” said Tsitsipas. “Serving well, returning well, just being there behind every single ball, executing, dominating and being clever in my decision-making.”

The 21-year-old didn’t drop a set throughout the entire week in Marseille. Earlier in the tournament he also scored victories over Vasek Pospisil and Alexander Bublik. Tsitsipas entered the tournament winning just three out of seven matches played so far in 2020.

Claiming his first title since the ATP Finals in November and fifth in his career overall, the Next Gen player has hailed his mental performance in the final. During the opener, he was forced to save a trio of break points before closing it out. Then in the second, he lost his break advantage before breaking again in the following game to restore his lead.

“I am proud of the fact that mentally I didn’t even crack, not once,” said Tsitsipas. “That was really good. Although I got broken, I wouldn’t say that that was a mental lapse. Personally, I am very happy with my mental state throughout the whole match.”

Tsitsipas’ triumph extends Auger-Aliassime’s wait for his maiden ATP title. The world No.18, who is two years younger than his rival, has now featured in five finals on the tour within the last 12 months. He has lost all of them in straight sets.

“Playing a final is wonderful, you have to have that perspective, remember that everything is going in the right direction despite everything,” said Auger-Aliassime.
“It’s heavy, losing every time in the final. There is a little doubt… when will it be my turn?”

Claiming his second Marseille in a row, Tsitsipas joins Marc Rosset and Thomas Enqvist as the only players to have ever done so. Rosset won the first two editions on the event (1993 and 1994), whilst Enqvist went unbeaten between 1997-1998.

“I know [Thomas] pretty well,” said Tsitsipas. “He was our Laver Cup captain… He is a really nice guy. I am really happy that I get to break records and be part of some records. It is what keeps me going in the sport. It makes me hungry for more, in general. I want to go out there and break records and do things that others haven’t done yet. That’s what defines my personality.”

Tsitsipas leaves the tournament with 250 ranking points and €116,030 in prize money.