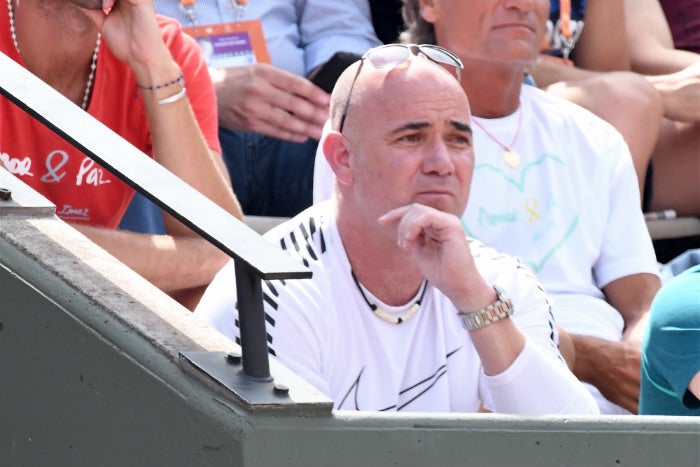 Marcelo Rios has launched an attack on the ATP during an interview with Chilean publication La Tercera when talking about anti-doping measures in the sport.

Rios, who reached a ranking high of No.1 back in 1998, has claimed that he was only tested three times by anti-doping officials throughout his entire career. However, he states that he never consumed any banned substances. He said measures during his playing days were poor and difficult for many players to understand. Rios won 18 ATP titles between 1995-2001 and reached the final of the 1998 Australian Open.

“They give you a sheet that I didn’t understand anything it said. The ATP does it wrong in that area. They give you a list where there are millions of things you never saw in your life. They got too drastic. One thing is personal life and another thing is to dope to take advantage.” He said.
“I never doped in my tennis time. I drank alcohol, yes, but weed or another strong drug no, because of doping and because I was not interested in getting into things like that. I had three anti-doping tests done throughout my career.”

During the 1990s and early 2000s Andre Agassi was one of the stars of the men’s tour. He was the fifth man in history to complete a career grand slam and spent a total of 101 weeks at the top of the ATP rankings. In his autobiography he admitted to taking crystal meth back in 1997 and failing a drugs test which he escaped punishment for after saying he inadvertently consumed the illegal substance. The revelation prompted numerous condemnation on the tour and placed the ATP under scrutiny by the World Anti-Doping Agency (WADA). Agassi received no punishment following his admission.

However, a blunt speaking Rios has alleged that the governing body of men’s tennis was deliberately involved in hiding Agassi’s failed drugs test. Doping controls are managed by the International Tennis Federation (ITF), but in the past it was the responsibility of each tour, the ATP and WTA.

“They caught him four times and the ATP covered him because he was Agassi and the tennis was going to shit. I found the biggest shit that exists at the ATP.“ Rios said.

During their careers, Rios played his American rival three times on the tour. He defeated Agassi in the finals of the Grand Slam Cup and Miami Masters during 1998.

The 44-year-old has also spoken out about the provisional suspension of one of his compatriots, Nicolas Jarry. Jarry tested positive for ligandrol and stanozolol during the Davis Cup Finals last November, but insists that he has never intentionally took any illegal drugs.

“When I competed, they analysed only urine samples. Now it’s also with blood samples, so trying to hide something is very difficult and nowadays you get caught whatever you want to do.” Rios commented on the matter.
“Nico was very fed up and I told him: “You will continue to be Nico Jarry if you are suspended for four years or whatever. I love you as a friend, I love you as a player and if I never play again, you will continue to be my friend.’”

Rios is set to play an exhibition match with former player Alex Corretja at the Gran Arena Monticello in Santiago on June 26th.