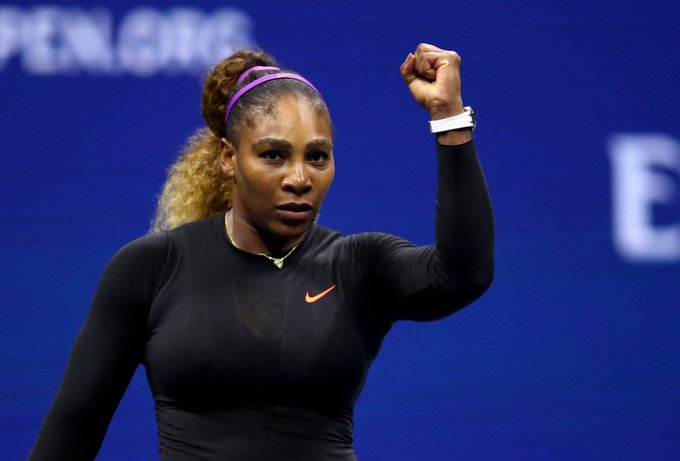 For some the prospect of Serena Williams exiting the upcoming Australian Open without silverware will be nothing short of a disappointment.

In recent months it has become somewhat of a grand slam tradition when it comes to the 38-year-old former world No.1. Ahead of each major the question is asked – can she finally equal Margaret Court? The woman who currently holds the record for most grand slam singles titles won in the history of the sport at 24.

This year marks the third anniversary of Williams’ last grand slam triumph. Taking on sister Venus in the title match, she prevailed 6-4, 6-4, in Melbourne. The achievement made her the most decorated major winner in the Open Era and elevated her back to world No.1. Then roughly an hour after her jubilation on court, talk of her matching Court’s record began.

“One thing I learned in the past is you have to enjoy it. That’s the beauty of winning Australia, you have a few months to relax.” She replied.

Unknown to the public at the time, Williams had more than a few months to relax. During her last grand slam triumph, she was pregnant with her first child. Inevitably the American tennis star stepped away from the tour for over a year to spend time with her new family. Then when she returned, it was a case of settling for second best.

In four out of the last six grand slam tournaments, she has featured in the final. However, she succumbed in straight sets during all of them. Falling to Angelique Kerber (Wimbledon 2018), Naomi Osaka (US Open 2018), Simona Halep (Wimbledon 2019) and Bianca Andreescu (2019). The success has been sparse in recent times, but Williams continues to have admiration from her rivals.

“I’m very impressed about her, that she’s keep playing at this level, with being a mother and also being a little bit older than us. It’s impressive what she does.” Halep told reporters in Melbourne on Saturday.

It isn’t all doom and gloom for Williams, who made her Australian Open debut back in 1998. Earlier this month, she won the ASB Classic in Auckland. The first time she has claimed a trophy since becoming a mother 18 months ago. Could this be the breakthrough she needed to finally claim major title No.24?

Critics of the former world No.1 have previously said she at times lacked match play heading into the grand slams. In Auckland only one of her five wins in the tournament was over a top 30 player. That was Amanda Anisimova, who was in 25th position at the time. Her other victories were over Jessica Pegula (82), Laura Siegemund (73), Christina McHale (28) and Camila Giorgi (99).

Unlike her rivals, Williams didn’t do a press conference ahead to the Australian Open. Saying she was under no obligation not to. Although she has been training in Melbourne Park.

In her absence, it has been left to her rivals to speculate about her chances. Something Ash Barty, who will be the top seed in Melbourne, quickly distanced herself from.

Williams will be seeded eighth this year at the Australian Open. In her opening match, she will take on Russia’s Anastasia Potapova. Should she progress through the first week, she will play nobody ranked higher than Johanna Konta (12) in the opening four rounds. Then Williams may have to score back-to-back wins over Naomi Osaka and Barty to even reach the final.