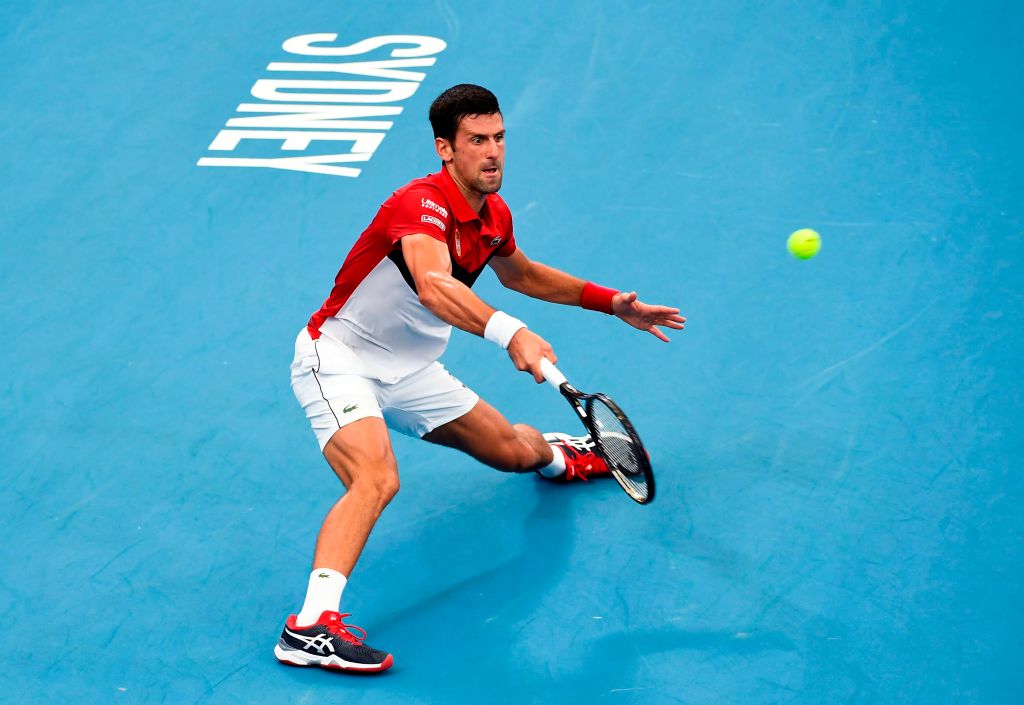 Novak Djokovic has hailed the ‘Davis Cup-like’ Atmosphere in Sydney during his country’s clash with Canada in the quarter-finals of the ATP Cup on Friday.

The world No.2 guided his team to a 3-0 whitewash win over the North American country, but was pushed to his limits during his clash with Denis Shapovalov. In a dramatic encounter, the 16-time grand slam champion battled for more than two-and-a-half hours to prevail 4-6, 6-1, 7-6(4). Withstanding 14 aces that were fired from across the court.

“I thought he played on a very high level. At times in the match when we played quite even, I was just trying to hold on and fight my way to have a better position in the rally, but he was just very aggressive.” Said Djokovic.
“He served extremely well, all corners, very hard to read his serve. I thought he played the best match against me in all our matchups so far.” He added.

In the deciding set emotions was high for the Serbian star and he wasn’t afraid to express his frustration. Midway through, Djokovic was bemused when he was slammed with a verbal obscenity by the umpire for shouting a word out loud. Prompting him to exchange words with umpire Carlos Bernardes. Then later on in the decider, the Serbian went to the rescue of a fan in the crowd by bringing them a bottle of water after they fainted. Despite those incidents, Djokovic managed to hold his nerve for the win.

Throughout the encounter it was noticeable that the rowdy crowd was on the side of Djokovic and his team. Tension rose when they were seemingly taunting Shapovalov during one stage of the match. Which the Canadian allegedly responded by saying “F*** You’ to the crowd before receiving a warning in set number two. Later in the match Bernardes was forced to intervene.

“This is a tennis game. The most important thing for all of us is respect,” he told the crowd. “If you don’t want to watch tennis, go home. Don’t disturb those who are here to watch tennis.”

Despite the tension, Djokovic has praised the support he received on the court from the crowd. Saying that his team was ‘super grateful’ for them. However, he also sympathised with his opponent’s frustration with them.

“We were hoping that we’re going to have a big support, but this has definitely exceeded our hopes and expectations, and we are super grateful to have this many Serbian people show up.” Said Djokovic.
“We knew that Serbian community is big in Sydney, but we didn’t know that this many people would come. So loud. And they were engaged sometimes a little bit too much, and Denis was rightfully annoyed at times with the sounds. But it was a Davis Cup-like atmosphere.”

Djokovic wasn’t the only Serbian victor in Sydney. Earlier in the day, compatriot Dusan Lajovic brushed aside Felix Auger-Aliassime 6-4, 6-2. Then in the doubles Nikola Čačić and Viktor Troicki eased to a 6-3, 6-2, win over Peter Polansky and Adil Shamasdin.

Next up for the European nation will be a clash with Russia, who defeated Argentina 3-0 yesterday. The team is lead by world No.4 Danil Medvedev. Looking ahead to the showdown, captain Nenad Zimonjić is quietly confident about success.

“The Russian team is an extremely tough team. I would say that they have two really strong players, but also having Novak on the team and then Dusan in their high form, I think everything is possible there.” Said Zimonjić.

Related Topics:ATP CUPNovak Djokovic
Up Next