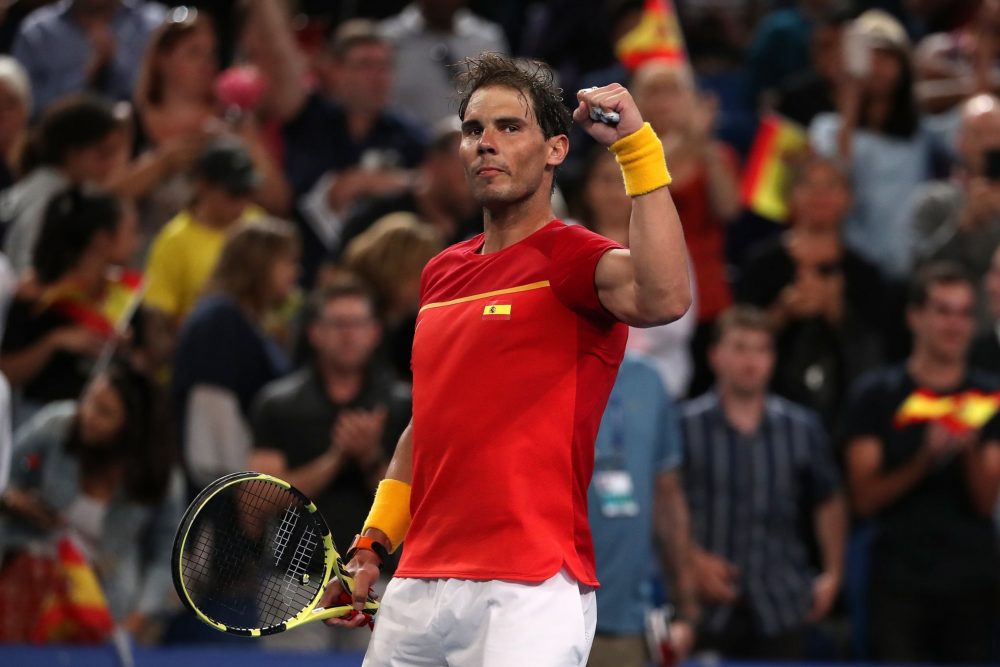 World No.1 Rafael Nadal has said he is “100% sure” that one of his fellow rivals on the tour didn’t deliberately take an illegal substance after being issued with a provisional suspension by the International Tennis Federation.

Nicolas Jarry is currently prohibited from playing on the tour after failing a drugs test during the Davis Cup finals last year. A sample of the Chilean player tested positive for traces of Ligandrol and Stanozolo, which are both banned by the World Anti-Doping Agency (WADA). Jarry, who won his first ATP title at the Swedish Open last July, has since issued a statement in which he believes his failed tests was caused by the consumption of multivitamins made in Brazil.

“Last November, while I was playing Davis Cup for Chile, I underwent two urine tests. The first one was clean but the second one detected two banned substances.” Jarry said.
“The levels of these substances are so incredibly low that they are equivalent to a trillionth of a gram, levels so low that neither substances could have provided me any performance enhancing benefit.’
“I would like to let you know that I have never deliberately or intentionally taken any banned substance in my career as a tennis player and in fact, I am completely opposed to doping.”

Questioned about Jarry’s current suspension following his roller coaster win over Nick Kyrgios at the Australian Open, Nadal believes the 24-year-old did not intentionally mean to break the rules. The two have never faced each other on the ATP Tour.

“I am 100% sure it was not of his own accord. I know both Jarry and his family and I know what kind of people they are.” Mundo Deportivo quoted Nadal as saying in Spanish.
“Sometimes things happen unconsciously. We go to restaurants and anyone can leave you in an unprotected situation. From here I want to encourage him and tell him that I believe in him.”

However, it has since emerged that a previous coach of Jarry had also failed a doping test in the past. Former Argentinian player Martin Rodriguez forfeited his prize money earned at the 2002 Swiss Indoors due to an ‘excessive amount of caffeine’ in his sample. It is unclear as to if Jarry is related to Rodriguez by blood. An article published by the ATP says they are, but The Telegraph contradicts this in a separate investigation they conducted.

Nadal isn’t the only player to stand up for Jarry, who has been ranked as high as 38th in the world. Another is Dominic Thiem. The two-time French Open finalist has branded the suspension as ‘ridiculous.’ Thiem is coached by Nicolas Massu, who is the captain of the Chilean Davis Cup team.

“He [Jarry] was tested negative in Paris Bercy,” Thiem told The Telegraph on January 20th. “Then his mother brought him multivitamin tablets to the Davis Cup finals in Madrid. He took them there. Then he was tested positive. For me the whole story, that he was tested positive, is ridiculous.
“First of all, he lost 12 or 13 matches in a row. Then he is not that type of player, where doping would help him.
“In general it is a complete farce how much we are restricted about things. If we forgot our electrolyte drinks at home, we cannot buy anything – not even in a supplement store in the US – without being worried that something is contaminated.”

Jarry is awaiting a hearing with the ITF where a verdict will be made on his future in the sport.