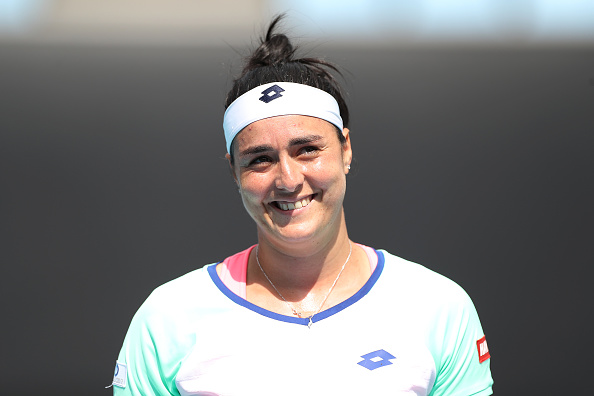 Ons Jabeur powered past a tame Johanna Konta 6-4 6-2 to reach the second round at the Australian Open.

The Tunisian was in confident form as she dispatched an out-of-sorts Johanna Konta in a straight sets victory that lasted 63 minutes.

Next for Jabeur will be either Madison Brengle or Caroline Garcia while there were wins for Dayana Yastremska and Maria Sakkari early on day two.

It was a bright start for Jabeur as she brought her unconventional style to court as the Brit struggled with her opponent’s variety.

A break point was saved from the 12th seed as she looked to find some structure in a difficult match-up for the Brit, who lost to Jabeur in Eastbourne last season.

Plenty of power and good tactical serving was shown by Konta, who looked to create the space and power past Jabeur.

That worked to an extent but Jabeur’s confidence would soon pay off as her drop-shots and slices were causing the world number 12 problems.

Eventually a thumping forehand sealed the opening set for Tunisian as she grabbed the first break of the contest.

Despite losing the opening set, Konta dug in deep as she started to shorten points off in the net with good success as she broke to start the second set.

But once again Jabeur’s quick thinking and unconventional style caught Konta off-guard as some stunning returning sealed the break back.

There was only one winner after that moment as the Brit only managed to hold serve on one occasion in the second set.

As Konta fell apart, Jabeur embraced the occasion as she powered her way into the second round to play Madison Brengle or Caroline Garcia.

It was clear Konta was far from her best and a lot of fitness and match practice will be needed in order to thrive later in the season.

On the other hand, Jabeur’s confidence and unique game style will cause problems throughout the draw as she looks for another good season.

In other results on day two so far, there was a convincing win for Adelaide Dayana Yastremska as she thrashed Kaja Juvan 6-1 6-1.

The Ukrainian hit 11 winners as she set up a second round meeting with Caroline Wozniacki on Wednesday. There was also a 6-2 6-2 win for Maria Sakkari over Margarita Gasparyan.

Four breaks of serve secured the Greek’s place in the second round against Nao Hibino or Shuai Peng.

Cori Gauff: “My goal is to win as many Grand Slam titles as possible”