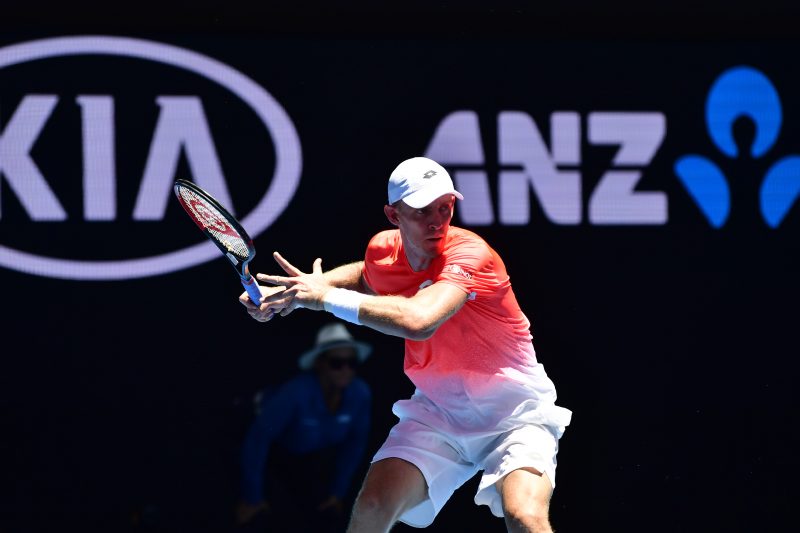 A return to the world’s top 10 is one of the key objectives for Kevin Anderson this year after he was forced to cut his 2019 season due to a knee injury.

The South African is currently playing in his first tournament since September at the ATP Cup. He was given a stern opening match at the new team event against world No.2 Novak Djokovic, which Anderson lost in two closely contested sets. However, he fared better on Monday in Brisbane as he strolled to a 6-0, 6-3, win over Chile’s Christian Garin. A much-needed boost for the world No.91 and his camp.

Whilst still trying to find his footing on the court. Anderson’s ambition hasn’t lessened. This year he has started working with Argentinian coach Diego Moyano. A former top 150 player who won four Challenger titles during his modest career. Mayano had previously been working for the United States Tennis Association (USTA) as a player development coach.

With the guidance of his new mentor, the 33-year-old is hoping that he can achieve a series of new highs. Including claiming his first ever Masters 1000 title. Despite being a two-time grand slam runner-up, Anderson has never made it to the title match of a Masters tournament. Although he has played in 73 events under that category.

“My biggest ambition is to get back to top-10. My best ranking is top-5, so I would like to get back there.” He stated.
“But the two biggest goals is I want to win a Masters series. I feel like that’s something that I’m definitely a good enough tennis player to do that. I’ve put myself in good positions but haven’t quite taken that step.’
“And then, obviously a Grand Slam. I’ve been in two finals. That’s the ultimate goal for me. It’s one that I really feel like I have a good chance of doing it.
“Obviously, there’s a lot of work. There’s guys who want it as well and it’s not an easy task. But those are the goals I set for myself and those are the ones I’ve been trying to achieve.”

Whilst dreaming big, Anderson has vowed to stay grounded on the tour as he aims to climb back up the rankings. Due to his current position, he will be unseeded at the upcoming Australian Open. Meaning he could play a top name in the first round.

“We have made a few changes with a few things and so far so good. We are fully aware that it’s a process to get back and take each step where we want to get to, but I think we’re really excited for things to come.” He concluded.

At the ATP Cup, South Africa achieved a 3-0 win over Chile in their latest tie. Their next clash will be against France.