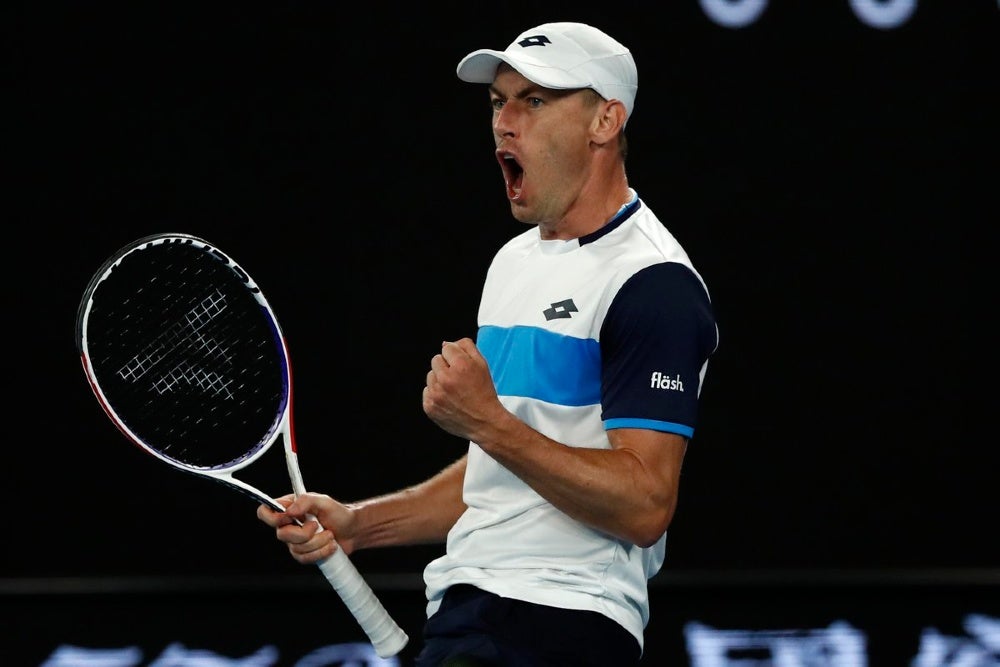 A well known media commentator in Australia is at the centre of controversy after being called out for taking a swipe at his country’s top male tennis players.

Mike Carlton triggered backlash on Thursday after writing a Twitter post about the sport. In it, he describes female players such as world No.1 Ash Barty as nicer than their male counterparts. Elaborating further he said that male players, especially from Australia, tend to be ‘dickheads.’ 73-year-old Carlton is a veteran media commentator and journalist. He has previously worked for organisations such as the Australian Broadcasting Commission (ABC), The Sydney Morning Herald and national radio stations.

“Shame about Ash Barty. But here’s a question. Why are women tennis players much, much nicer than the male of the species? (Not counting Margaret Court).” He wrote on Twitter following Barty’s semi-final loss.
“The women seem to have their act together. The men tend to be dickheads, especially in Australia.”

Carlton’s claim has been blasted by world No.47 John Millman. Who was knocked out of the third round of the Australian Open this year after losing a five-set thriller against Roger Federer. Responding to the tweet, Millman branded it as a ‘lazy take’ before paying tribute to his fellow players on the tour.

“Our women are incredible but a bit of a lazy take,” Millman said.
“Nick Kyrgios – more off court charity in tennis than anyone I know.
“Alex de Minaur – one of the brightest young superstars yet for his age the most humble guy I know.
“Jordan Thompson – massively hard worker.”

Continuing further Millman also hailed Thanasi Kokkinakis for his ‘resilience through injuries’ and wheelchair tennis star Dylan Alcott for ‘what he has done for tennis players playing with a disability.’

When challenged on his view, Carlton stressed that he doesn’t believe all male players are ‘dickheads.’ Instead he argues that they ‘tend to be.’ Going on to single out Nick Kyrgios and Bernard Tomic, as well as former world No.1 Lleyton Hewitt.

I didn’t say they were ALL dickheads. I said the men TEND to be. I give you Hewitt, Kyrgios and Tomic. There’s no female equivalent.

In the past Kyrgios and Tomic have made headlines for their controversial behaviour. Kyrgios is still on a six-month probation period dating back to September for ‘aggravated behaviour’ on the court.’ Should he break any rules at an ATP Tournament during that period, he faces a 16-week suspension.

However, Kyrgios wasn’t involved in any controversy throughout this year’s grand slam in Melbourne. Except for the occasional racket smash which many others have done. The 24-year-old has been praised for being one of the key driving forces behind a series of fundraisers to support the bush fire appeal. Furthermore, world No.1 Rafael Nadal hailed his performance at the Australian Open this year following their clash in the fourth round.

“I saw him playing during the whole tournament almost every match, and he has been great, with a very positive attitude. Personally, I like to watch him play when he’s doing that way,” Nadal said. “I think everybody likes to watch Nick play when he’s able to play like this. His talent is to be one of the best [players] of the world, without a doubt, with good chances to fight for every tournament.’’

In this year’s Australian Open there was 11 home players participating in the men’s main draw compared to seven in the women’s.

Related Topics:John Millman
Up Next