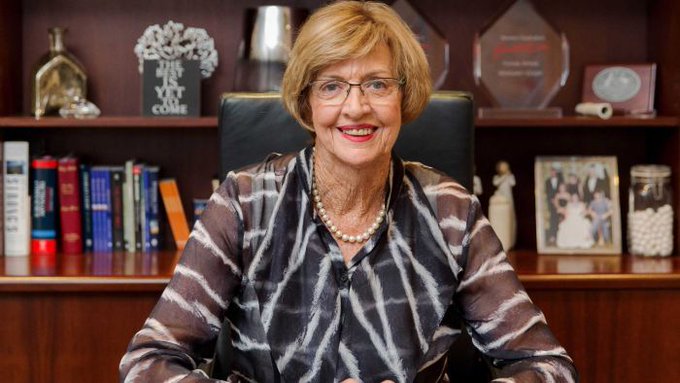 Tennis legend John McEnroe has blasted Margaret Court for her controversial views in a three-minute monologue broadcasted on Eurosport.

The former world No.1 has called out the ex-Australian player for her comments about the LGBT community and questioned her stance on racial equality. In the past Court, who is now a Christian pastor, has been condemned for her controversial views. She once said that the women’s tour was ‘full of lesbians‘ and during her playing career described rival Martina Navratilova as a ‘bad role model’ due to her sexuality. In other incidents she also boycotted Qantas airlines due to their support of marriage equality and publicly criticised former player Casey Dellacqua for having a baby with her same-sex partner.

Speaking out about the 77-year-old, McEnroe launched an attack on her behaviour during his Commissioner of Tennis programme. Branding her both as both offensive and homophobic.

“There’s only one thing longer than the list of Margaret Court’s tennis achievements: it’s her list of offensive and homophobic statements,” McEnroe said on Eurosport.
“Just a few examples. During the apartheid regime in South Africa, she said: ‘I love South Africa. They have the racial situation better organized than anyone else’. What?
“About transgender children and LGBTIQ: ‘It’s all the work of the devil… tennis is full of lesbians… it is sad for children to be exposed to homosexuality’.

Continuing his outburst, the American urged Serena Williams to match and break Court’s all-time record of most grand slam titles. The world No.10 currently has 23 to her name, which is one behind her. Williams lost in the third round of the Australian Open this year.

“Serena, do me a favour: get two more Grand Slams this year and get to 25, so we can leave Margaret Court and her offensive views in the past, where they both belong.” He said.

The timing of the comments are by no means a coincidence. This year the Australian Open is marking the 50th anniversary of Court’s calendar grand slam. Something that has caused a widespread debate in the tennis community.

In a bid to resolve the argument, Tennis Australia has stated that they are celebrating Court’s achievements and not her. They previously stated in a press release that her views do not reflect theirs. However, the move has been criticised by McEnroe.

“It doesn’t work that way. You can’t separate the person from her achievements.” He argues.
“Look at me! If you recognize the fact that I won seven grand slams, guess what?: Then you got to celebrate that fact that I got the loudest mouth in the history of the tennis tour.”

The Australian Open will officially mark the 50th anniversary of Court’s achievements on Monday at Melbourne Park. At the venue, the second biggest stadium is named in her honour.