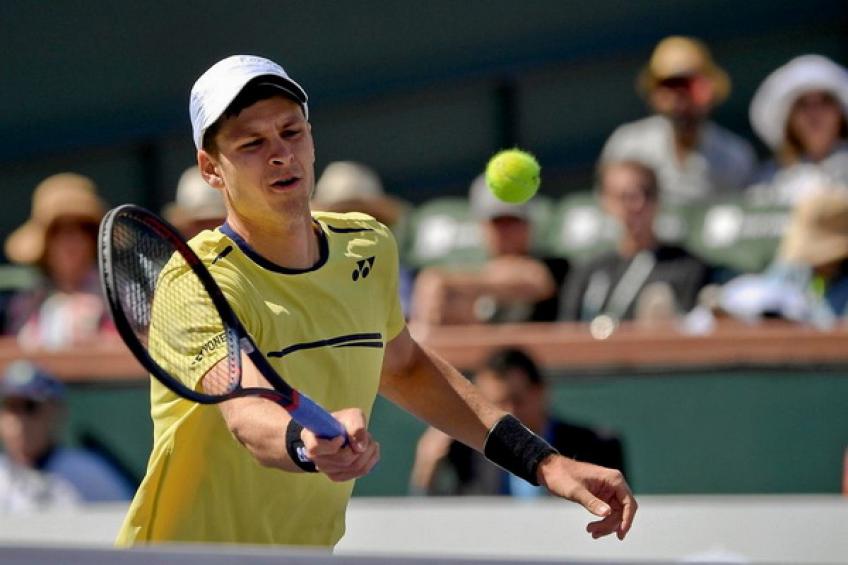 Hubert Hurkacz beat Lorenzo Sonego 7-5 6-3 reaching the second round at the ASB Classic in Auckland. The Polish player earned a break in each set and saved all four break points he faced.

Hurkacz will meet Mikael Ymer, who battled past Frances Tiafoe 6-4 5-7 6-1. Ymer and Tiafoe traded breaks in the fifth and sixth games of the first set. Ymer sealed the first set with a break in the 10th game to win the first set 6-4. Tiafoe converted his only break point in the 11th game to win the second set 7-5 forcing the match to the third set. Hurkacz continued his good period of form after winning all his three singles matches at the ATP Cup in Sydney last week.

World number 24 Benoit Paire beat 2019 Next Gen ATP champion Jannik Sinner 6-4 2-6 6-4. The Frenchman broke Sinner in the third game and won 88 % of his first serve points. Sinner saved two break points at the start of the second set and went up a double break to race out to a 4-0 lead. Paire pulled back one break in the fifth game. Sinner sealed the second set 6-2 with his third break. Paire earned an early break at the start of the third set to open up a 2-0 lead and saved two break-back points in the sixth game. Paire ended the match with 11 aces and won 70 % of his first serve points.

Paire will face Brazil’s Thiago Monteiro, who came back from 2-4 down to beat last year’s finalist Cameron Norrie from Great Britain.

Frenchman Ugo Humbert battled past Casper Ruud 7-6 (7-3) 2-6 6-3 after 2 hours and 19 minutes setting up a second round match against either Moldova’s Radu Albot or Italy’s Marco Cecchinato.

Jeremy Chardy beat Gilles Simon 6-3 7-5 in an all-French clash in the opening round of the Adelaide International. Chardy missed a chance to serve for the match, when he was broken back at 5-3 in the second set, but he bounced back to win the match with another break.

James Duckworth converted both his break points and won 87 % of his first serve points in his 6-4 6-4 win over Argentina’s James Duckworth.

US Sam Querrey hit 28 aces and did not face a break point in his 6-7 (4-7) 6-2 7-6 (7-5) win over Gregoire Barrere setting up a second round match against Andrey Rublev, who clinched the third title of his career at the Exxon Mobil Open in Doha.

South Africa’s Lloyd Harris edged past Christian Garin 7-6 (7-5) 3-6 6-4 to secure his spot in the second round, where he will face Laslo Djere from Serbia.