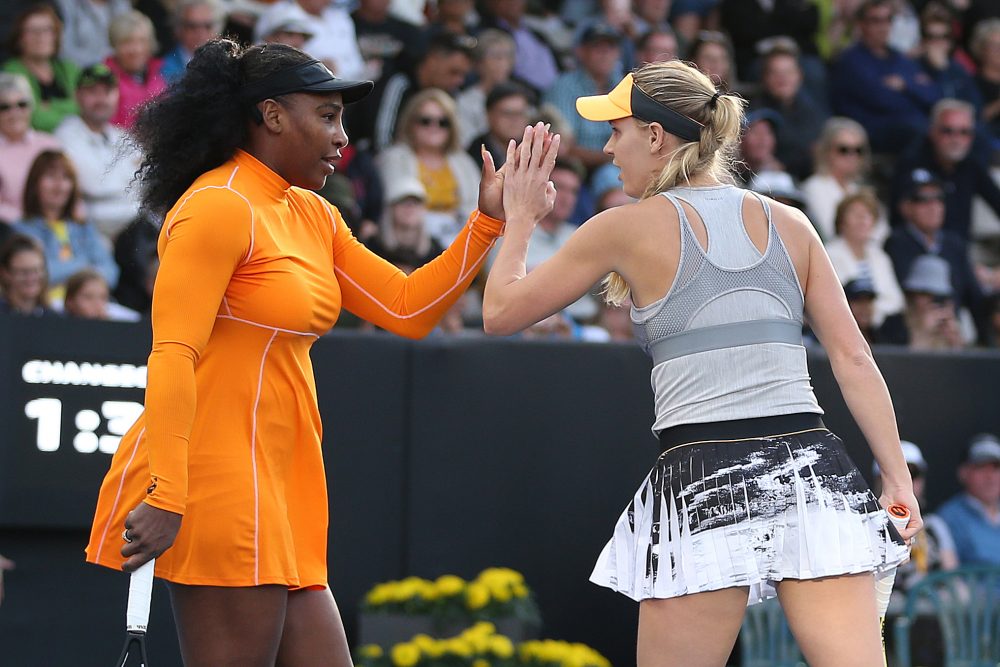 Caroline Wozniacki has got her 2020 farewell tour off to a winning start with the help of rival and friend Serena Williams.

The two stars of women’s tennis have joined forces to play in the doubles at the ASB Classic in Auckland for the first time. A decision that was made following the announcement that Wozniacki will be retiring from the sport after this year’s Australian Open. It is the first time the Dane has played professional doubles since the 2016 New Haven Open.

Despite Wozniacki’s lack of doubles experience in recent years, the duo got off to a solid start on Monday in the New Zealand capital. Blasting their way to a 6-2, 6-4, win over the Japanese pairing of Makoto Ninomiya and Nao Hibino. Wozniacki and Williams broke three times in the first set and once in the second en route to victory. Placing them on a collision course with top seeds Johanna Larsson and Caroline Dolehide in the quarter-finals if the Swedish-American duo win their match.

“That was so much fun. Serena was amazing.” The delighted Danish player said afterwards.
“It was great. It doesn’t seem like she hasn’t been playing for a long time. She played unbelievable. It was really fun.” Williams added.

For both players it was important that they team up before Wozniacki walked away from the sport. They have faced each other 11 times on the WTA Tour with Williams winning 10 of them. However, their last clash was back in 2014 at the WTA Finals.

Wozniacki, who has spent 71 weeks as world No.1, mirrored the same comments as her doubles partner. It is the first time she has won a doubles match on the WTA Tour in almost nine years. Last doing so on home soil at the 2011 Copenhagen Open.

“It’s so amazing to play next to Serena here (in Auckland). It wouldn’t be the same if I didn’t get to play at least once in the doubles with her.” She said.
“She’s beaten me a lot of times on the other side, so it is nice we can win together for once.”

Both women also have singles duty in Auckland and will get their campaigns underway on Tuesday. Fifth seed Wozniacki opens up against wildcard Paige Hourigan and top seed Williams faces Camila Giorgi.