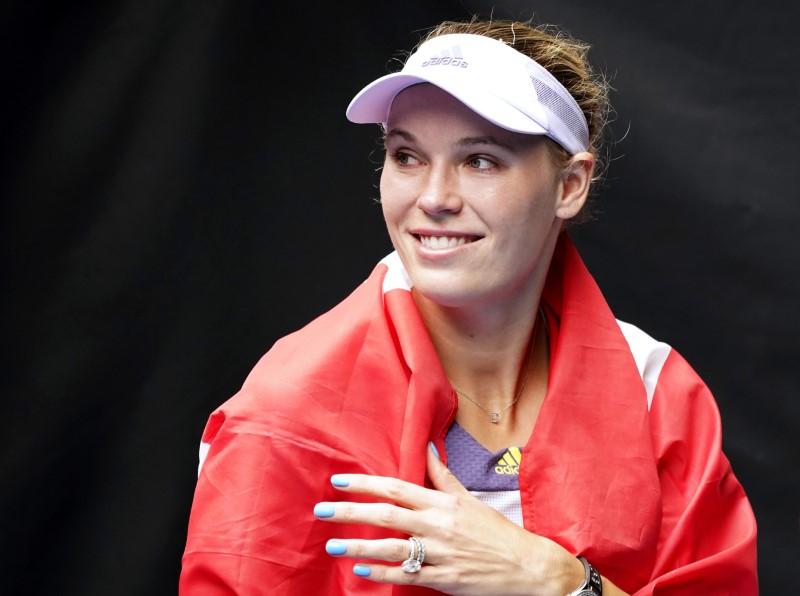 Caroline Wozniacki brought the curtain down on her exceptional tennis career with a tearful farewell on Margaret Court Arena.

Appropriately, the Dane’s last professional match was the kind of pulsating three-set battle she is famous for. Ultimately, she lost it 7-5 3-6 7-5 to Ons Jabeur, but the occasion was about so much more than that.

It was a time for Wozniacki to look back at what she achieved and celebrate her triumphs. And, although she was clearly emotional that it was all over, there was no regret in her voice.

“I think it’s only fitting that my last match would be a three-setter, a grinder, and that I would finish my career with a forehand error,” the Dane said in her on-court interview.

“Those are the things that I’ve been working on my whole career, and I guess this was just meant to be.”

Wozniacki continued, “There’s so many things I will remember. Obviously the achievements I had on the court were amazing. The feelings that the fans give us players when we’re out here are really amazing.”

“I will remember the support I’ve had from my family – especially my dad who has coached me all these years.”

“Those are the special memories that I will always cherish. The journey we’ve been on together has been really amazing. It’s been a great ride. I really am happy, but I’m ready for the next chapter (in my life) and I’m excited for what’s to come. You may see me around – off the court.” 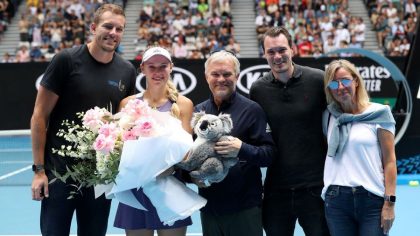 Caroline Wozniacki and her team (@wwnrradio)

During a special tribute, some of the players Wozniacki competed against gave their thoughts on the Dane. Several mentioned that she was a great fighter, while others praised her positive attitude.

Meanwhile, Sloane Stephens summed up many an opponent’s feelings when facing Wozniacki. “Most annoyingly, she just got every ball back – literally every ball,” the American said. “And she had that backhand which was just not fun (to face).”

“I have a lot of really nice memories of her of just being a really genuinely nice person,” added Naomi Osaka.

The last words were left for one of the Dane’s best friends: Serena Williams. “It’s going to be really hard for me to not have Caroline on the tour,” she said. “I’m really happy for her and I know that she’s doing what she wants to do and that’s what it’s all about.”

Wozniacki was then asked how she fought so hard on court but made so many friends on tour.

“When you’re on the court, you’re there to compete and there to win,” the Dane responded. “But when we’re off the court, we’re all in the same boat. We’re all travelling to the same tournaments and I think it makes it a lot more fun if you have friends on tour.”

After her final on-court interview, all that remained was for Wozniacki to say goodbye. Tournament director Craig Tiley gave her a hug and presented her with a koala. Then her dad Piotr lifted her up and carried her across the court.

Finally, the Dane walked around the stadium thanking the fans for their love and support with happy tears in her eyes. She will be remembered very fondly by the tennis community.