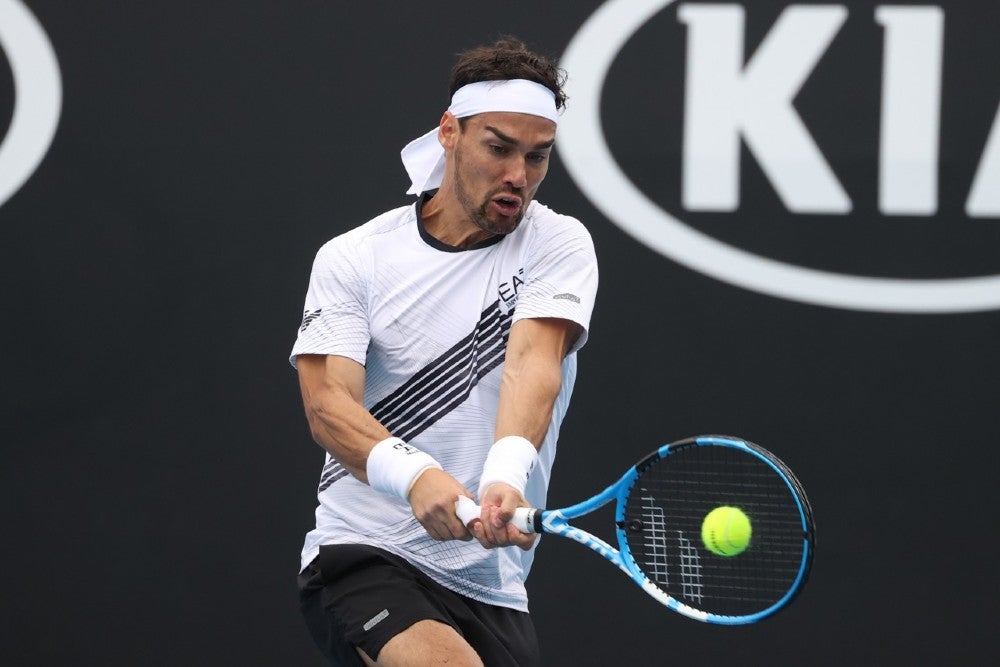 Fabio Fognini has found himself at the centre of controversy once again following his spat with the umpire during his opening match at the Australian Open.

Tuesday’s victory wasn’t the talking point of Fognini’s match, it was the behaviour of both him and his opponent. Whilst trailing the match by two sets, 32-year-old smashed his racket onto the ground out of anger. Then in a separate incident he was seen punching his equipment. Prompting a frustrated Opelka to brand umpire Carlos Bernardes as ‘pathetic’ for seemingly not penalising Fognini for time wasting when he received a code violation for the same thing earlier in the match.

“How many f—ing times are you going to let him get away with it?” Opelka could be heard saying.
“You’re f—ing pathetic. He’s done it four times.”

Then it was Fognini’s turn to lose his cool on the court. After being hit with a code violation, the fiery Italian accused Bernardes of giving preferential treatment to players. Suggesting that no such penalty would have been issued if Rafael Nadal had done it. Who Fognini describes as ‘His Majesty’ during a heated exchange between the two.

It appears that the 32-year-old was making a reference to Nadal’s past request to not have his matches umpired by Bernardes. That was made during 2015 after the two clashed with each other at the Rio Open.

Following the dramatic clash between the two, Opelka admitted that his outburst had a negative effect on him.

“No, not at all. It hurts me.” He told AFP.
“It’s a negative emotion, especially against a guy like him. You want to keep him out of the match as much as possible.
“You don’t want to engage with a guy like that. It’s definitely not a positive thing.”

As for Fognini he is left nursing a bruised index finger after punching his racket. Which he is now having difficulty bending.

Fognini will play Jordan Thompson in the next round.

Fabio Fognini says he busted up his hand by punching his racquet yesterday. Struggling to bend his right index finger. #AusOpen pic.twitter.com/aufMtYwKXW