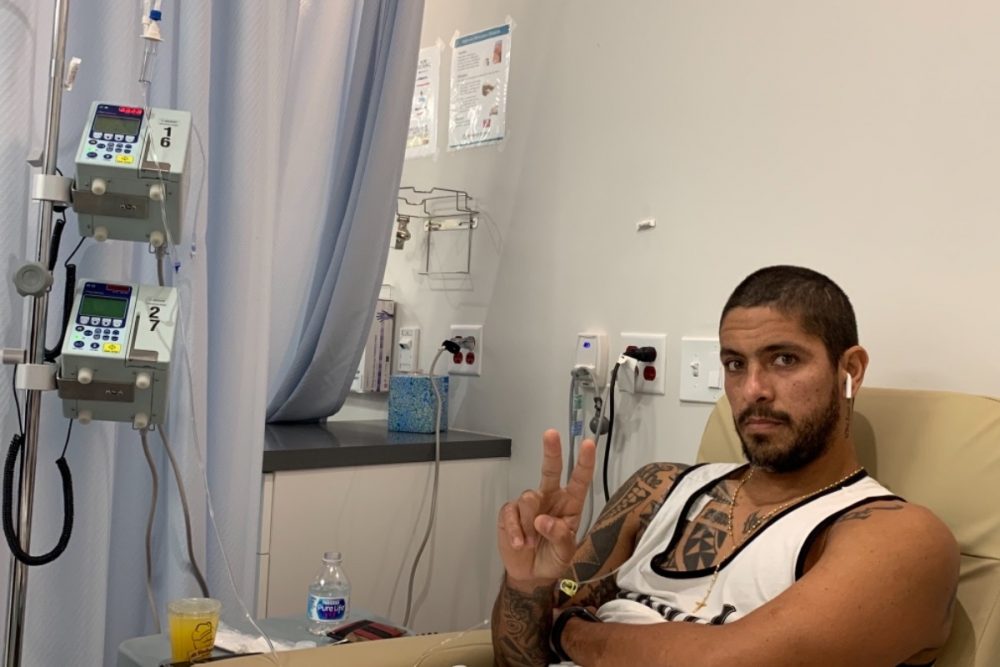 One of Venezuela’s highest ranked players on the ATP Tour is facing challenges off the court after being recently diagnosed with cancer.

Roberto Maytin, who currently has a doubles ranking of 136th, is undergoing treatment for testicular cancer Non-Seminoma. Non-seminomas are made up of different types of tumour, such as teratomas, embryonal tumours, yolk sac tumours and choriocarcinomas. Maytin’s brother Ricardo has launched a GoFundMe page to help cover the costs. The tennis player made $19,441 in prize money this season, which doesn’t factor into account numerous expenses such as travel, accommodation and paying for his coaching team.

“If life gives you a chance to live longer, I think nobody would miss the opportunity. In this plane, we all want to be (alive) for years however we forget that we are with a 50% chance of leaving at any time every day.” The fundraising page reads.
“My brother was diagnosed with testicular cancer NO Seminoma, at 30 years old. He now faces a crucial match that life has put him for growth as an individual, as a man and as an athlete. He is forced to undergo 4 stages of aggressive chemotherapy in order to heal at all and leave no trace of a Cancer that has been moving for months causing some damage.”

A former top 25 junior player, Maytin is one of only two players from his country to be ranked inside the top 200 in either singles or doubles on the men’s tour. This season he has won four Challenger titles across America. However, he has only played in one ATP Tour event since the start of 2018. He achieved a ranking high of 85th in the doubles back in 2015.

Once a student at Baylor University in Texas, Maytin formed a successful partnership with former world No.2 doubles player John Peers. Together they earned All-American honours with a win-loss of 36-5 and reached the quarter-finals of the 2011 NCAA tournament.

Maytin is also a regular fixture in his country’s Davis Cup team. Since 2007 he has played 15 ties and won 10 out of 16 matches played.

“I am also clear that the family is the gift of God for each one of us, so in this way and in whatever way I will put my desire and my energy so that my Brother Roberto Maytin, a Venezuelan professional tennis player, is back to the courts, which is where he belongs as soon as possible.”

Almost $25,000 has been raised so far to fund Maytin’s treatment. Click here to visit his GoFundMe page.

Denis Shapovalov: “Playing as part of a team is much fun”