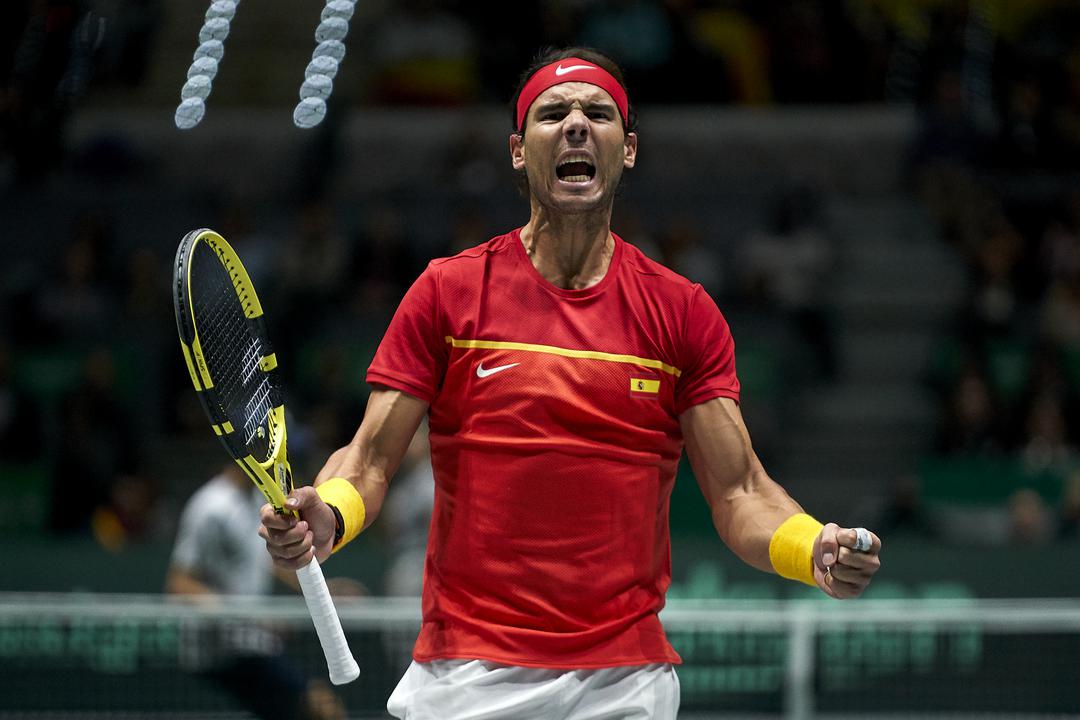 The Comeback of the year: Andy Murray 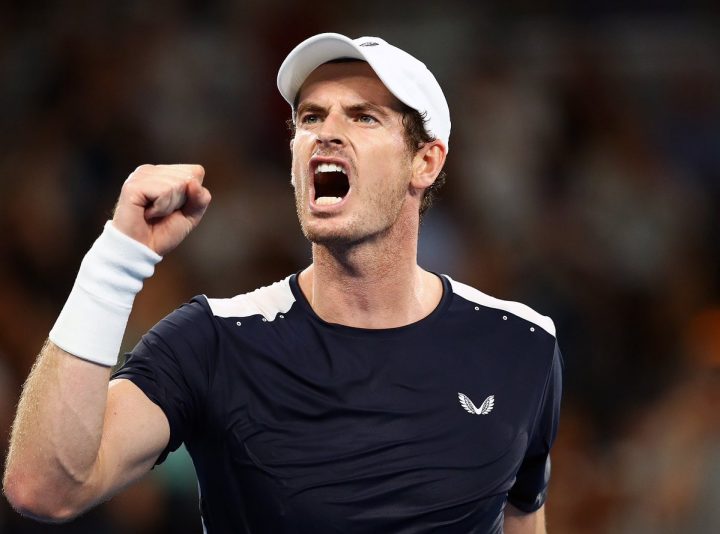 At the start of 2019 double Olympic champion Andy Murray announced during an emotional press conference that he could possibly retire from professional tennis due to a serious hip injury. However, on the 28th of January he underwent his second hip surgery and missed five months of the tour in a bid to prolong his career.

The player from Dunblane made his come-back during June at Queens in London, where he won the doubles title with his teammate Feliciano Lopez. The duo beat Rajeev Ram and Joe Salisbury in the final. Adding the win to Murray’s five singles trophies previously won at the tournament.

Following Queen’s, he lost to Richard Gasquet in the first round in his first singles tournament of the 2019 season. The Scotsman earned his first ATP singles win of his comeback year in Zhuhai against Tennys Sandgren before losing to Australian Next Gen star Alex De Minaur in the second round.

Murray beat Berrettini in the first round of the China Open in Beijing before losing to eventual champion Dominic Thiem in the quarter final. It would be in Antwerp where the three-time grand slam champion made a breakthrough. Making his way to the final, he stunned Stan Wawrinka to win his first singles title in more than two years.

The Rising star of the Year: Jannik Sinner 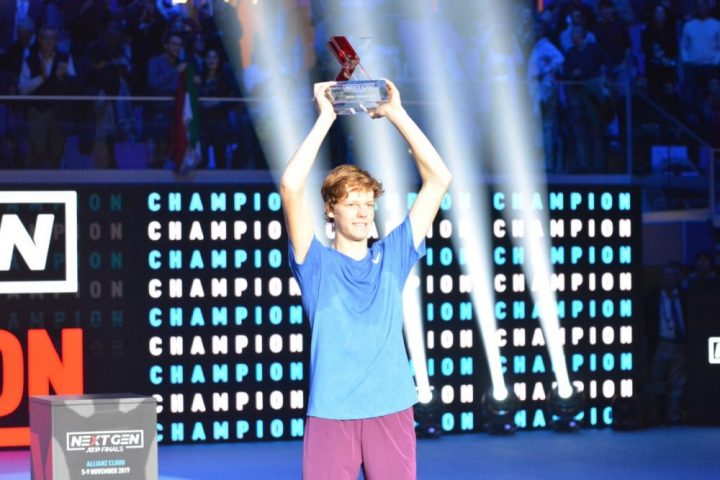 Jannik Sinner started the year ranked world number 553 and reached his career high as world number 78. The Italian 18-year-old player won three ATP Challenger titles in Bergamo, Lexington and Ortisei. Although his most significant triumph took place in November when he won the Next Gen Finals in Milan as a wildcard. Defeating De Minaur in the final.

He became the youngest ATP Tour semi-finalist since Borna Coric at the 2013 Swiss Indoors. At the Rome Internazionali d’Italia Sinner saved one match point against Steve Johnson in ATP Masters 1000 debut as a wildcard before losing to Stefanos Tsitsipas in the second round. Sinner lost to Stan Wawrinka in the first round in his debut Grand Slam tournament at the US Open. 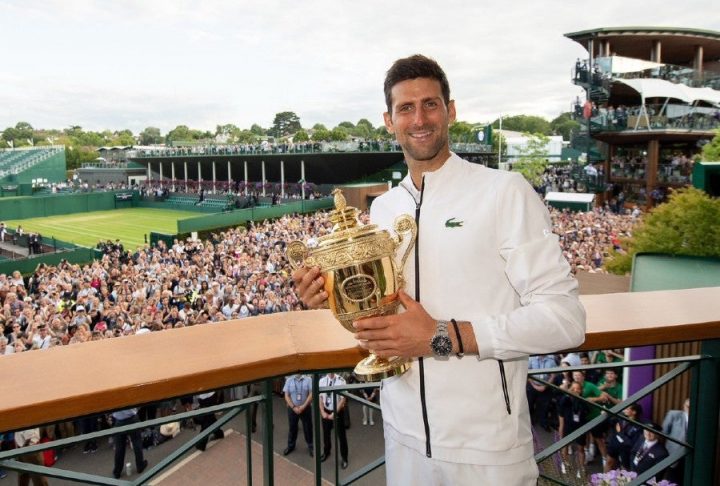 Novak Djokovic beat Roger Federer for the third time in a Wimbledon final after his previous two triumphs in 2017 and 2018. Djokovic defended his title to win the Wimbledon tournament for the fifth time in his career by beating Federer in an epic final that lasted four hours and fifty-seven minutes, the longest final in Wimbledon history. Djokovic fended off two championship points at 8-7 40-15 in the fifth set en route to winning the Wimbledon title. It was the first time a fifth set tie-break was played in the men’s singles at Wimbledon at 12-12. Djokovic enjoyed another great season in which he won five titles (Australian Open, Madrid, Wimbledon, Tokyo and Paris Bercy).

Federer took the re-match by beating Djokovic 6-4 6-3 later this year at the London O2 Arena during the Bjorn Borg round-robin match at the Nitto ATP Finals. 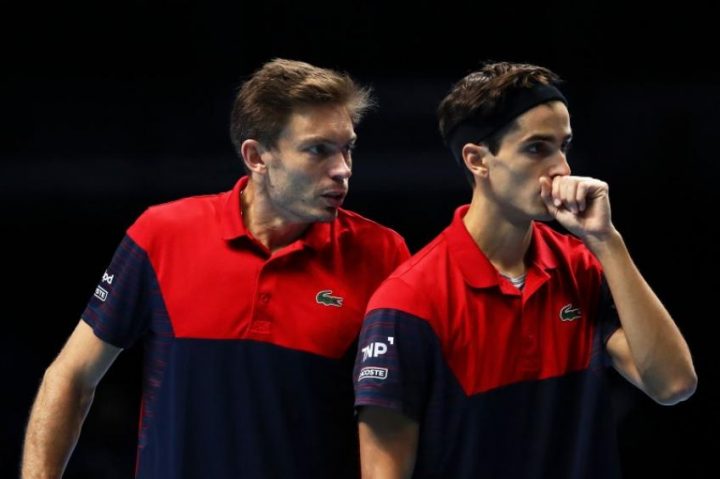 The French doubles team formed by Pierre Hugues Herbert and Nicolas Mahut completed their career Grand Slam by winning the Australian Open without dropping a set from the quarter finals on. They became the eighth men’s doubles team to complete the Career Grand Slam. They then did not play together until Cincinnati, as Herbert chose to focus on singles tournament. They resumed playing together In Cincinnati, but they lost in the second round and in the first round at the US Open. In the final three tournaments of the 2019 season the French team reached the semifinal in Vienna before winning two consecutive titles at Paris Bercy and at the ATP Finals in London.

The team of the year: Spain 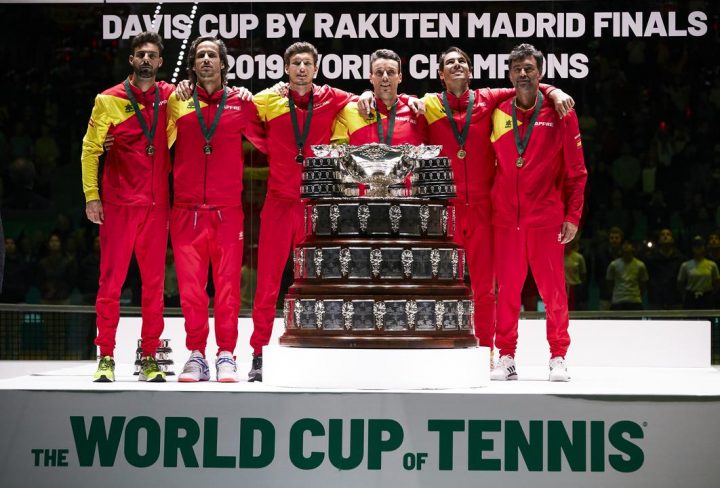 Spain lifted its sixth Davis Cup title at the Caja Magica in Madrid by winning all eight singles and doubles matches.

Spain beat Canada 2-0 in the Davis Cup final at the Caja Magica in Madrid thanks to the singles wins of Rafael Nadal and Roberto Bautista Agut. Nadal led Spain to its sixth Davis Cup title by winning all eight singles and doubles matches. The Spanish legend extended his winning streak in Davis Cup singles matches to 29 without dropping a set or losing a game on serve.

“It was an amazing week. I could not be happier. It has been an unforgettable moment here in this great stadium. Our team spirit prevailed. We fought hard”, said Nadal after the Davis Cup final.

Bautista Agut beat Felix Auger Aliassime in the final just a few days after the death of his father.

Prev2 of 2Next
Use your ← → (arrow) keys to browse
Related Topics:Novak DjokovicRafael NadalRoger Federer
Up Next