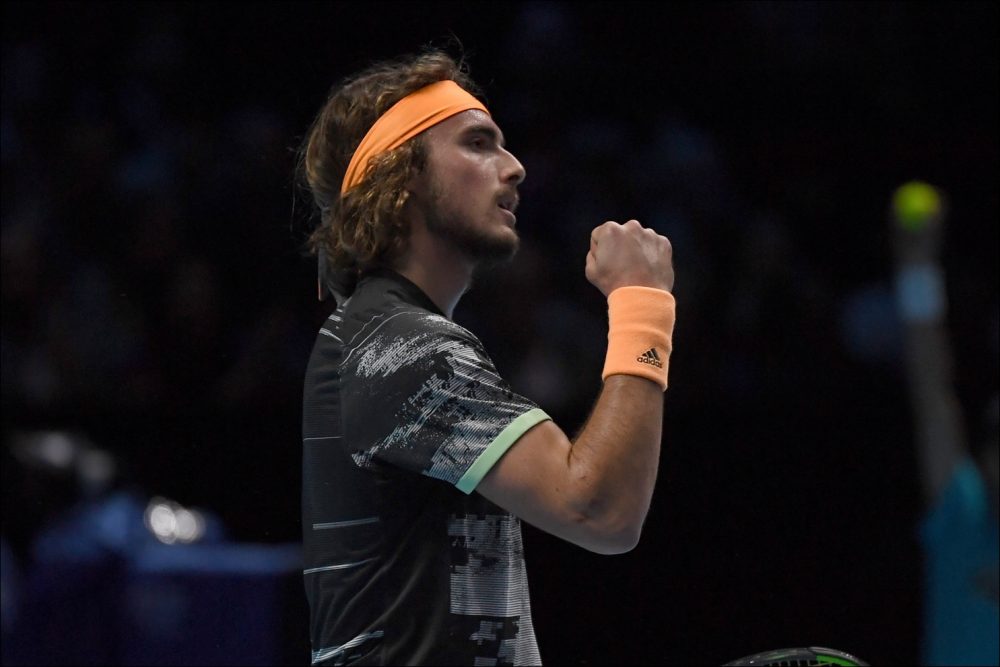 The world No.6 was relentless in his attacking of his opponents game as he rallied to a convincing 6-3, 6-2, win. Expanding his head-to-head record against Zverev to 4-1 in his favor and qualifying for the semi-finals of the tournament. Achieving yet another historic milestone for Greek tennis. The dominant 73-minute performance saw Tsitsipas win 86% of his first service points as he blasted 21 winners past his rival.

“I am really surprised by my performance today.” Said Tsitsipas. “I mean, I did everything right and once again it was not just me out there (on the court). A whole bunch of people came and supported me. It was a cool situation.”

Taking to court at The O2 Arena was the two youngest players in this year’s tournament. The combined age of 21-year-old Tsitsipas and 22-year-old Zverev made it the youngest match to take place in the tournament for a decade (43.94). Andy Murray locked horns with Juan Martin del Potro back in 2009 with a total age of 32.72.

Billed as a clash between two rising stars of the sport, proceedings got off to a level footing. Both could produce some blistering serving as well as some impressive defensive skills. Tsitsipas was the first to be tested in the fifth game after battling his way through a four-deuce game. Avoiding the scare, the Greek went on to break for a 5-3 lead with the help of a lackluster Zverev service game that featured three unforced errors in the row. The breakthrough was enough to enable him to close the opening set with the help of another mistake from across the court.

It was evident that Zverev was clearly rattled as he struggled to conjure up the form that saw him dismantle Rafael Nadal just two days ago. Yet another error-stricken service game from the German at the start of the second set enabled a determined Tsitsipas to break once more. Continuing to carefully construct his points and bully a growingly frustrated Zverev around the court, the double break was sealed shortly after as he strolled to a one-sided victory with little resistance.

“I’m just playing my game. I have a clear picture and a clear mindset out there on the court.” The Australian Open semi-finalist stated.
“I’ve been trying to mix my game up a lot, trying to be unpredictable and that has helped me.’
“I have also devoted a lot of time on my serve, which has improved tremendously over the past couple of months. Me and my team are doing a great job together.”

The win means that Nadal is required to defeat the Greek if he wishes to progress to the semi-final stage of the tournament. He leads their head-to-head 4-1, but did lose to Tsitsipas earlier this year on his beloved clay at the Madrid Masters.

“I will have to give it my all. I know it won’t be easy.” Tsitsipas previewed his next match. “He is one of the toughest players out there. He plays with a lot of intensity. It requires a lot of focus and a lot of concentration.”
“I’m going to have to serve past my limits.”

The final round-robin matches, which is when Tsitsipas plays Nadal, will take place on Friday.