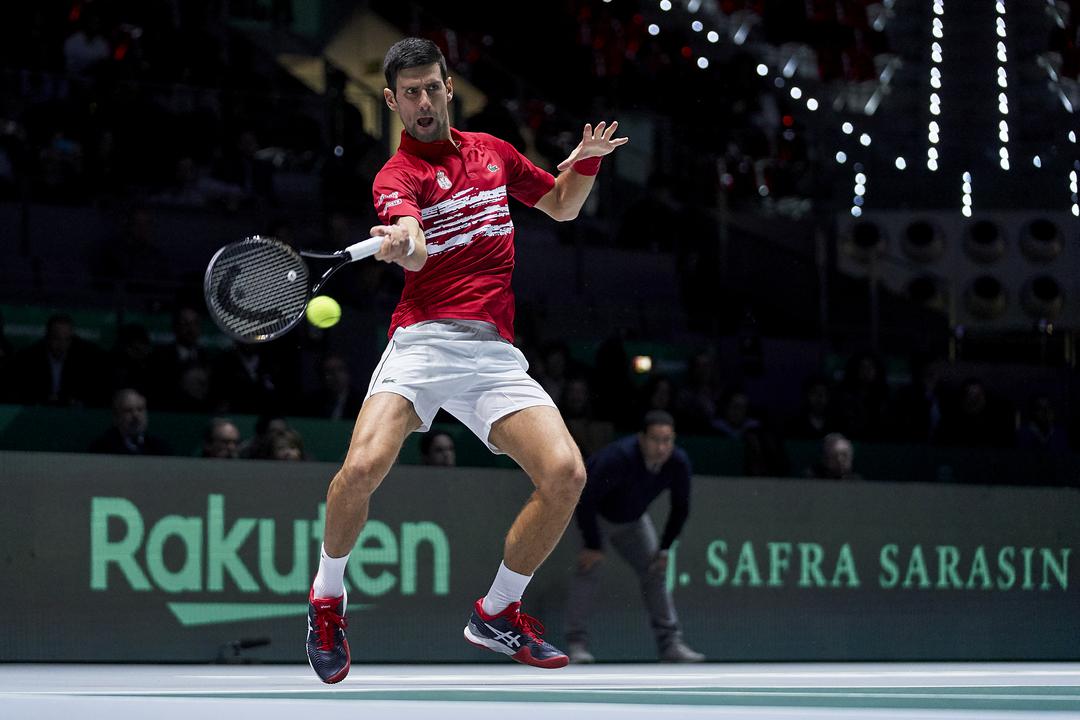 Novak Djokovic and Filip Krajinovic clinched two singles wins in the second tie of the Davis Cup at the Caja Magica in Madrid.

Krajinovic broke at love in the third game after a loose forehand from Sugita to open up a 4-1 lead and sealed the opening set with a serve and volley. The Serbian player earned another break in the third game of the second set. Sugita saved four break points in the fifth game, but Krajinovic closed out the set with a hold at 5-4.

“It was a lot of pressure as we know that we had to lead Japan 1-0, but I played a good match. I had a lot of opportunities to break in the second set”,said Krajinovic.

Djokovic converted his fifth break point with a forehand crosscourt winner and got another break at 4-1 before closing out the first set with a hold of serve.

“We always knew it was a big possibility that it might come to France and Serbia, with all respect to Japan. We did our jobs in singles. Hopefully we can do our job in doubles, as every match counts. It was a nervy start. It took time to get used to playing on the court, to get used to the conditions and the ligths, but I was pleased. Nishioka is a tricky player. I have never faced him before, but he has got some of the quickest legs on the tour”,said Djokovic.

“The emotions are still not here yet. I am still thinking there is a long way to go before I start feeling the emotions that this is my last competitions. We have a strong team with  a good captain, so I really hope there are many more matches to come before I finally say goodbye”, said Tipsarevic.

Germany takes a 3-0 lead over Argentina