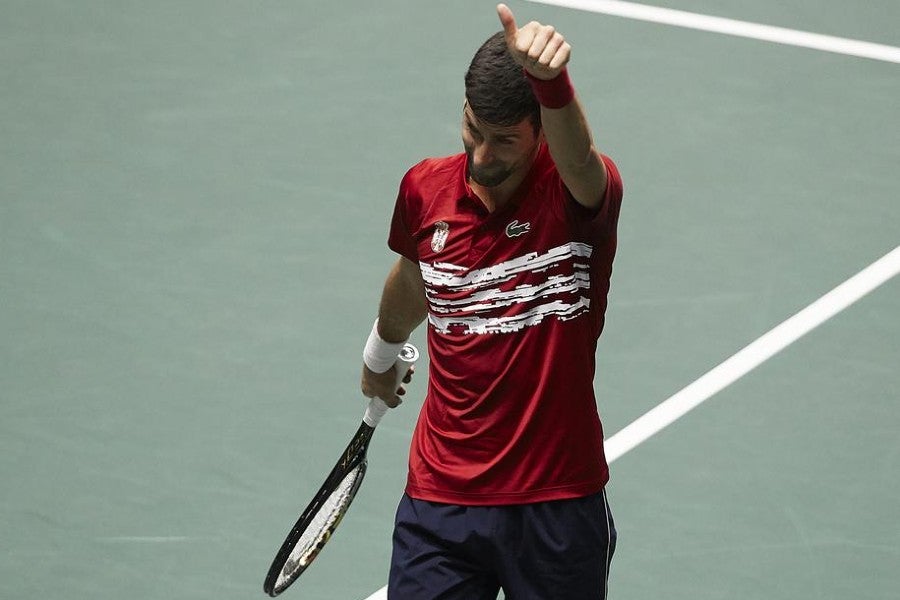 Serbia qualified for the quarter finals at the Davis Cup at the Caja Magica in Madrid with wins in both singles matches by Filip Krajinovic over Jo-Wilfried Tsonga and Novak Djokovic over Benoit Paire.

In the opening match Filip Kajinovic beat Jo-Wilfried Tsonga 7-5 7-6 in 1 hour and 48 minutes to give Serbia a 1-0 lead.

Krajinovic dropped two points on his first serve and earned his first three break point at 3-3 before breaking serve in the 11th game after a loose forehand from Tsonga. The 27-year-old Serbian player sealed the opening set 7-5 with a service winner.

Tsonga fended off three break points in the opening game of the second set. The Frenchman earned his only break point chance on return at 2-1, but Krajinovic saved it to draw level to 2-2. Both players held serve in the next eight games to set up a tie-break. Krajinovic earned the crucial mini-break on the 12th point to close out tie-break 7-5.

World number 2 Novak Djokovic cruised past Benoit Paire 6-3 6-3 in 70 minutes to secure the qualifying spot for Serbia in the quarter final.

Djokovic saved two break points in the first match of the opening set. The Serbian player earned a break in the eighth game and sealed the opening set 6-3 on his third set point.

Paire dropped his serve in the third game of the second set after a backhand down the line winner from Djokovic. The Serbian star hit a return winner at 5-3 to set up a quarter final clash against Russia on Friday.

Serbia set up a quarter final against Russia, who qualified as one of the two-best-placed group runners-up by clinching second spot in Group.