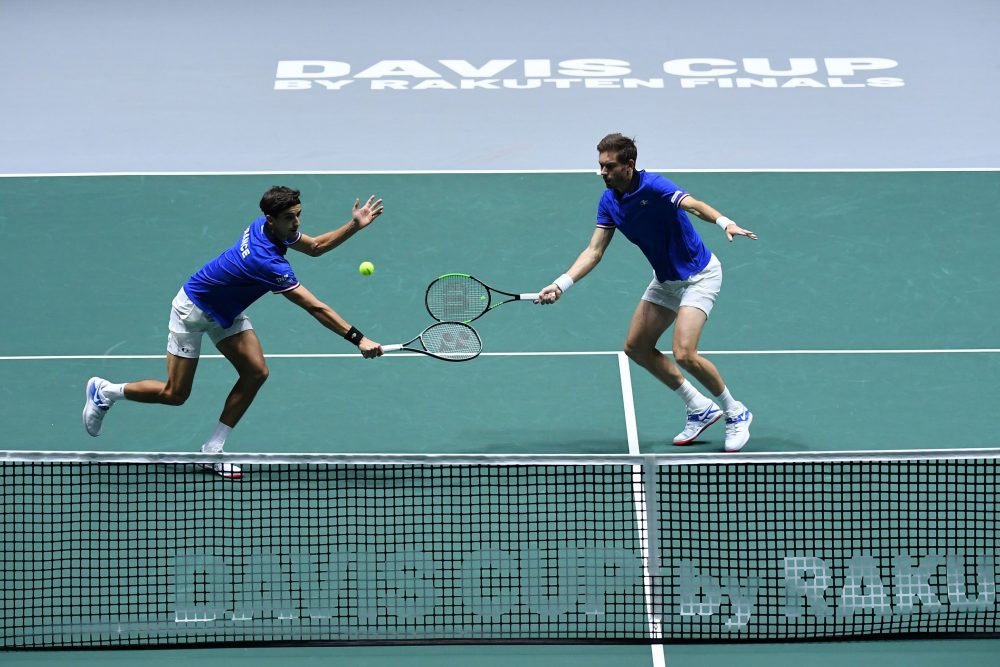 Tsonga saved two break points and converted four of the five break points. The Frenchman held four service games and broke twice in the fourth and eighth games to take a 6-2 lead.

Tsonga broke twice in the second and fourth games and closed out the match in the seventh game after saving two break points.

“It was very important for our team to start well. I am also happy about my game, what I did today, so I hope it continues like this”, said Tsonga.

Yoshihito Nishioka claimed 9 of the last 11 games in his 7-5 6-2 win over Gael Monfils in 66 minutes to level the score at 1-1 sending the tie into a decisive doubles match. The Japanese player saved one break point and earned two breaks to seal the win in straight sets.

“I wanted to show to the whole world Japan are still strong. Of course, if Key was here we would be strong, but even when he is not here, we can play. Hopefully next time Kei is here and we can play better”, said Nishioka.

After losing the first set at the tie-break, Herbert and Mahut broke serve in the fifth game to win the second set 6-4. Herbert and Mahut went up a break in the third set. Uchiyama and Nishioka got the break back in the 10th game, when Herbert and Mahut were serving for the match. Mahut and Herbert got another break at 5-5 and held at 15 to seal the decisive win for France.

“They played at a very high level. We know we have arrived late from London, but the captain had a lot of confidence in our team. We were 1-1, we really had to win to give France the win. There was a lot of intensity in the win but we are really happy today, this was a really difficult tie”, said Mahut.