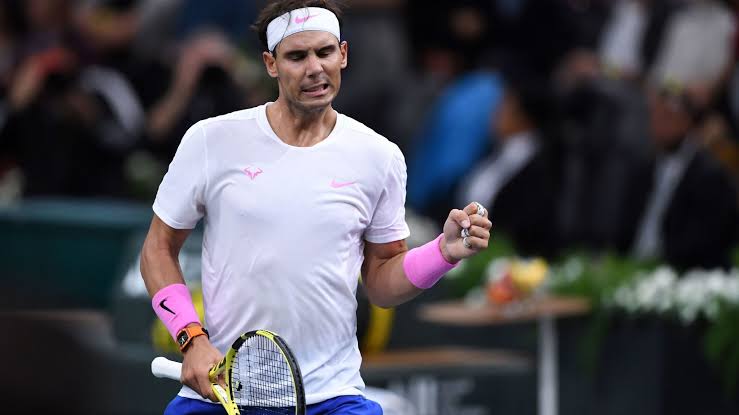 Rafael Nadal has shown up hitting with his coach Carlos Moya in London in his preparation prior to the Nitto ATP Finals, held in London between 10-17 November. 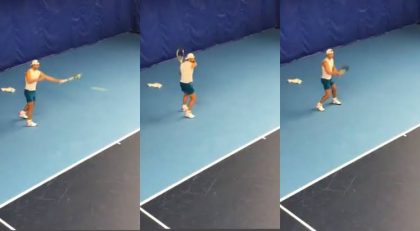 Nadal has been watched hitting with his coach Carlos Moya

The Spaniard has regained world No.1 ranking last Monday from the Serb Novak Djokovic, despite he had to withdraw against the Canadian Denis Shapovalov before his semi-finals match in Paris Masters because of an abdominal injury he felt during his pre-match warm-up.

A couple of days ago the world No.1 performed MRI scan which showed that he is suffering from a small strain in his right abdominal rectum, however, the Spaniard has travelled to London hoping he’ll be able to recover before next Monday when he will play defending champ Alexander Zverev in the evening.

“If the decision to travel has been made, it is because you have the possibility to play.” said his doctor Angel Ruiz Cotorr.

According to his doctor, his injury would affect mostly his serving game, but other aspects of his game are perfect.

“Underneath you can play perfectly, it’s a strain and we must take care of it, the scans do not show any tear. He will follow a specific treatment in this region.” Dr. Ruiz Cotorr told EFE newspaper. 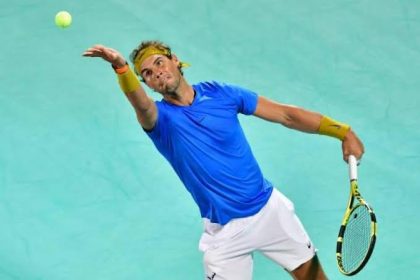 In the meantime, Nadal is receiving anti-inflammatory treatment and physiotherapy with the aid of an innovative technique to accelerate healing from injuries which is a radio frequency device known as Indiba method which helps speed up regeneration of tissue, the Spaniard has used it before.

“we are trying to reduce the strain and looking for tissue regeneration. It is about relaxing the area, with the complement of Indiba” Dr. Ruiz Cotorr illustrated how they are dealing with the injury.

The 19-time Grand Slam champion has never lifted the ATP Finals trophy throughout his whole career as he is usually suffering from injuries in this period of the time after a long season playing at a lot of various occasions, although, this time he should be thinking in a different way as the year-end world No.1 battle between his and Novak Djokovic has to be settled in London.

There are some different scenarios the Spaniard can end as world No.1, most of them are dependent on Djokovic’s results in London, however, he can independently secure world No.1 spot by reaching the final at the O2 arena without losing any matches.

Related Topics:atp
Up Next

Miomir Kecmanovic: “It’s going to be tough to play against Jannik Sinner in Milan”