Miomir Kecmanovic: "It's going to be tough to play against Jannik Sinner in Milan" - UBITENNIS 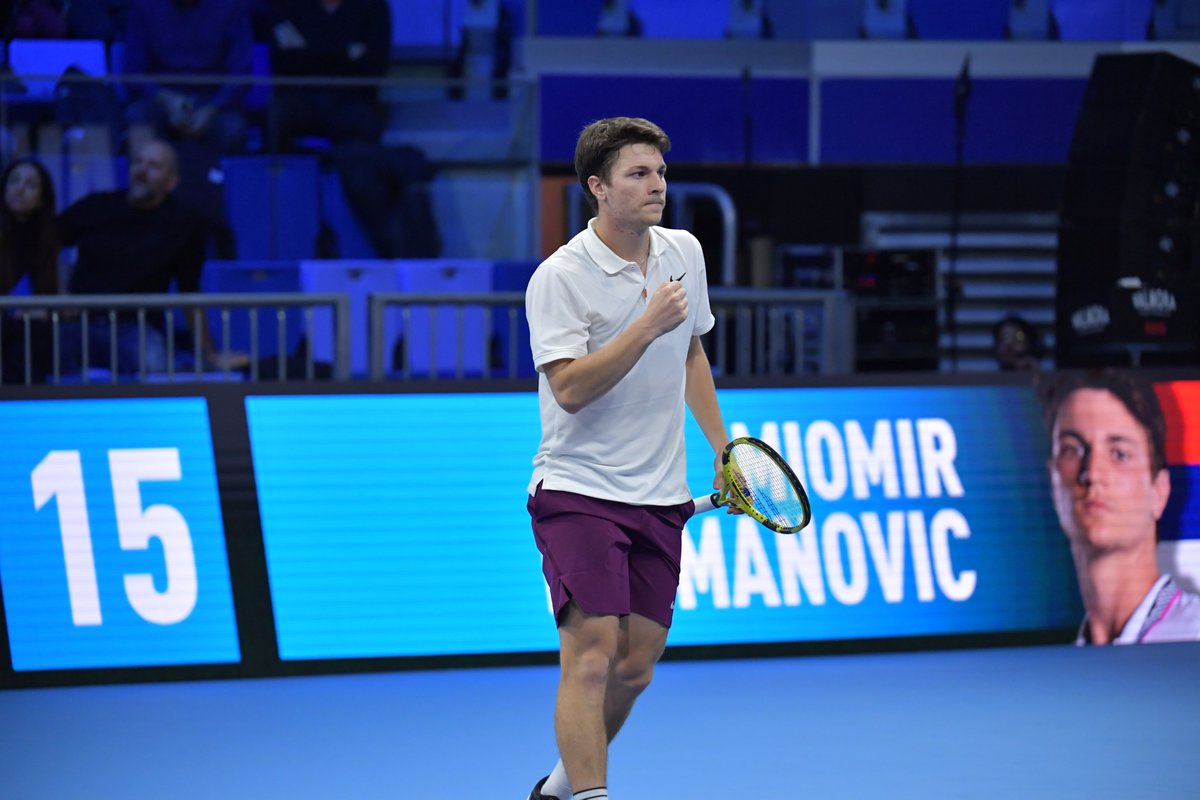 Serbia’s Miomir Kecmanovic saw off Alejandro Davidovich Fokina 4-1 4-1 4-3 (8-6) to secure his semifinal spot at the Next Gen ATP Finals at the ATP Finals in Milan.

Kecmanovic finished the round robin Group A in second place with a 2-1 record behind Alex De Minaur.

Davidovich Fokina won the opening game, but Kecmanovic reeled off seven consecutive games to build up a 4-1 3-0 lead with breaks in the third and fifth games of the first set and in the second game of the second set. Kecmanovic won 83 % in his first serve points and dropped just three points on serve.

In the third set both players held on their service games to set up a tie-break. Davidovich Fokina earned two set points at 6-4 in the tie-break with an acrobatic overhead smash, but he failed to convert them after missing two consecutive forehands. Kecmanovic closed out the tie-break 8-6 on a forehand error from Davidovich Fokina on the 14th point after 58 minutes.

Kecmanovic set up a semifinal against Italian rising star Jannik Sinner, who won the first two matches in the Group B.

“It’s going to be tough to play against Jannik, especially here in Milan. I watched his matches. I will just do my best and we’ll see how goes. I am feeling good. Hopefully I will put a good performance tomorrow. It’s definitely nice to have such great atmosphere. It’s definitely cool. I am happy that they enjoy we are doing on the court. It’s definitely given me a lot of more energy and motivation to push through. It’s definitely fun to be here. It’s a pretty cool event, but I have known all the guys here, so we are all good friends. It’s definitely a good group of guys”, said Kecmanovic.

“Djokovic has definitely given me a lot of tips that I was able to use. Some more helpful than others. It’s still so good to hear from him and to have him give some words of encouragement”.

The 20-year-old Serbian player has made a major breakthrough this year reaching the quarter final at Indian Wells as his best result on the ATP Tour.

“The key to my rise in the ranking was my consistency. I was able to play consistent at a certain level, be tough in the pressure moments, and I think that’s definitely what got me here”.

Related Topics:Miomir Kecmanovic
Up Next