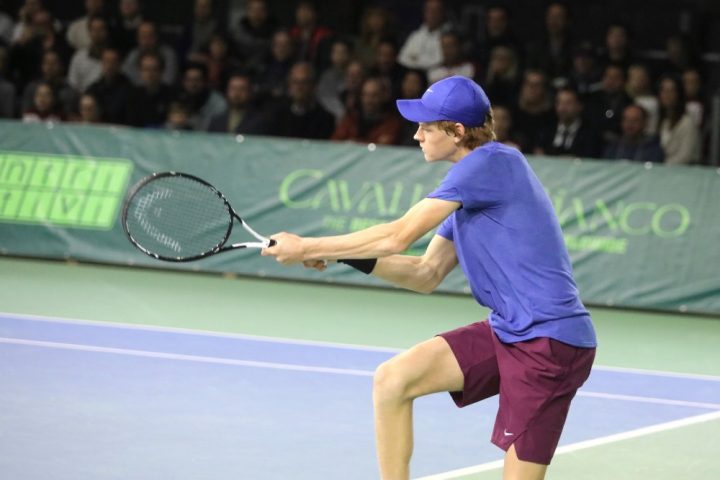 Last week’s Next Gen ATP Finals champion Jannik Sinner beat his Federico Gaio 6-4 6-4 to reach the semifinals at the ATP Challenger in Ortisei in the Italian region of Sudtyrol.

During this week Sinner beat Lucas Miedler, Roberto Marcora and Federico Gaio without dropping a set. The 18-year-old player coached by Riccardo Piatti is projected to improve his ranking to world number 88 in the ATP Ranking and could reach the top 80 at world number 78 if he wins the Ortisei tournament. This position would rank Sinner as the sixth Italian best ranked player behind Matteo Berrettini, Fabio Fognini, Lorenzo Sonego, Marco Cecchinato and Andreas Seppi. This year Sinner won two Challenger tournaments in Bergamo and Lexington and reached two more semifinals in Ostrava and Mouilleron le Captif.

Sinner converted his third break point chance at deuce in the fourth game to take a 3-1 lead in the first set. Gaio broke back at 15 in the seventh game and held serve to draw level to 4-4. Sinner sealed the first set with a break at love in the 10th game with a double fault from Gaio. Sinner closed the match with the only break in the 10th game of the second set.

Sinner set up a semifinal against number 6 seed Antoine Hoang, who cruised past France’s Elliott Benchetrit 6-2 6-0. Earlier this year Sinner beat Hoang 6-4 5-7 6-1 in the qualifying round in Lyon.

Austria’s Sebastian Ofner beat this year’s Australian Open Junior champion Lorenzo Musetti 7-6 (7-5) 6-2. Ofner rallied from 1-5 down to draw level to 5-5 in the tie-break, but Ofner won the final two points to win the first set. Ofner broke twice in the first and fifth games to win the second set 6-2.

Tomas Berdych: It Is Up To Others To Decide My Legacy