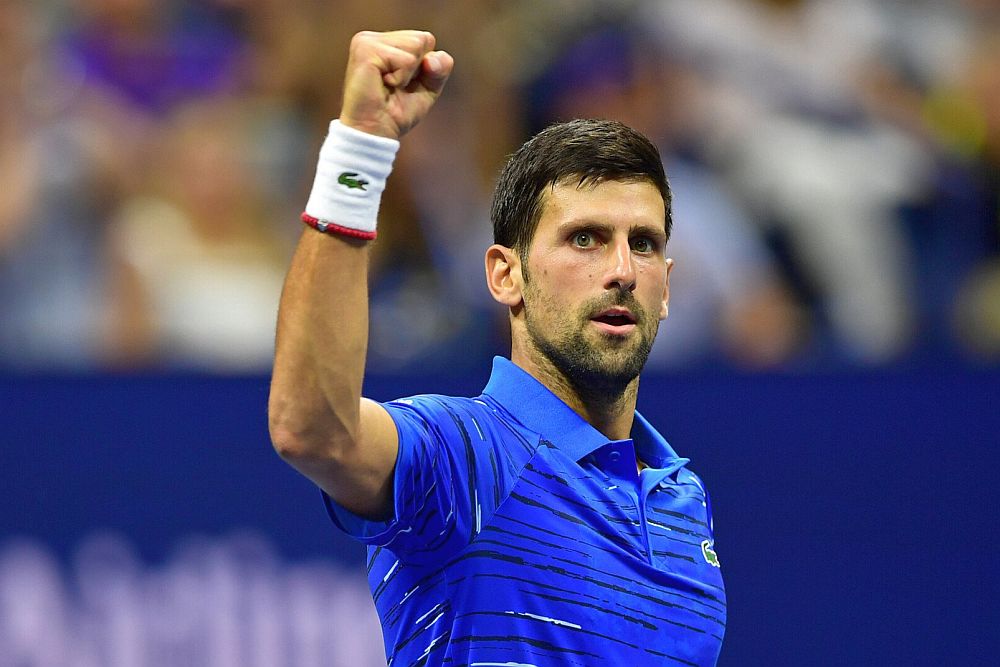 LONDON: Novak Djokovic has sent out a warning to the rest of the field at this year’s ATP Finals after producing a comprehensive straight-sets win over Matteo Berrettini.

The 16-time grand slam champion had all the answers to what was asked of him during his 6-2, 6-1, victory at The O2 Arena. Throughout the 63-minute encounter, Djokovic dropped only four points behind his serve as he hit just three unforced errors. A sharp contrast to his rival’s tally of 28 mistakes.

“Over the years I have played really well in this Arena,” Djokovic said after. “This event, which hosts the eight elite players in the world this season, has been in this city (London) for 10 years. There is a reason for that. It has been a very successful tournament and I have enjoyed it very much.”

Sunday at the O2 Arena marked a historic day for Italian tennis regardless of the outcome of the match. Berrettini, who didn’t make his top-10 debut until last month, is the first player from his country to contest the tournament since 1978. A stark contrast to that of the world No.2, who has qualified for the ATP Finals in 12 out of the past 13 editions.

Six games in a Berrettini slice drifted wide to hand the second seed a duo of breakpoints, which Djokovic converted thanks to another mistake from across the court. The breakthrough was enough to help the match favorite cruise to a one-set lead. He closed it out at the expense of a poor Berrettini service game that featured four consecutive errors.

Djokovic’s sublime defensive player continued to prove too much for his opponent as he eased to a set and 3-0 lead without seemingly breaking a sweat on court. Continuing to bully his rival around the court, a deep shot triggered yet another error from Berrettini. Handing him the double break.

Even a late-match blip where he dropped his serve for the first time failed to prevent Djokovic from victory. Although his roar of anger served as a reminder as to how much of a perfectionist the world No.2 is. Nevertheless, it was a forehand winner the clinched him the match a couple of games later.

“It was obviously not easy for him. He was playing his first World Tour Finals match.” Djokovic said of Berrettini. “I knew that he was going to be a bit more nervous in the beginning, so I tried to use my experience and the right tactics to perform well.”

The comprehensive victory is Djokovic’s 36th at the ATP Finals in his career. Moving him to third on the all-time list along with former coach Boris Becker. He hasn’t lost his opening match at the tournament since 2007, when he was edged out by Spain’s David Ferrer.

“I’ve been enjoying the court conditions for many years. It’s very suitable for my game, but it is never easy playing against a big server like Matteo.”

There is still hope for Berrettini, who remains in with a chance of qualifying for the semi-finals of the tournament. Should he win a match, he would become the first Italian to ever do so.

Djokovic will play Dominic Thiem and Roger Federer later in the week.