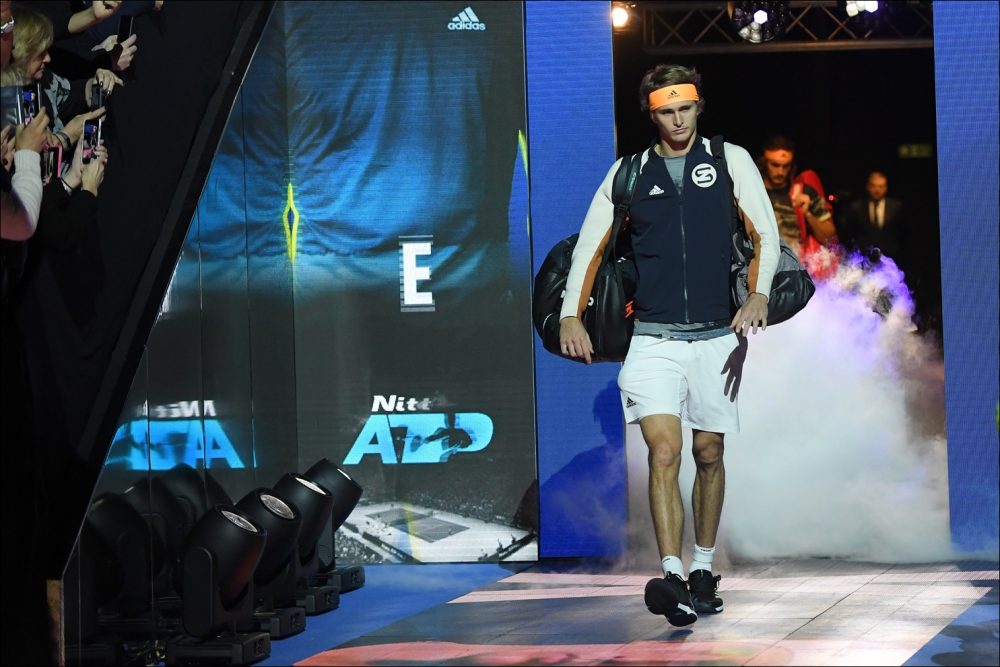 The world No.7 rallied to a 6-4, 7-6(4), victory in what was a must-win match for the German player. Who was on the brink of exiting the event as a result of Rafael Nadal’s win earlier in the day. The key to Zverev’s win was his trusted serve as he didn’t face a single break point in the 77-minute match. On top of that, he hit 21 winners and eight aces.

“This arena at The O2 is probably where I play my best tennis.” Said Zverev.
“The atmosphere here is something we (the players) don’t play in at all anywhere else in the world. This is so special to us.”

Resting on this match was the prospect of Roger Federer locking horns with nemesis Rafael Nadal for the 41st time. In order for that to occur, it was up to Medvedev to clinch a win. However, Zverev had his own plans as he extended his winning head-to-head record against the Russian to 5-1.

“He had nothing to lose. It was his last (ATP) match of the season and he could just enjoy the tennis, the atmosphere, and the stadium. And for me, it was a must-win situation to go through.”

It was a substandard Medvedev service game at the start of the match which would elevate Zverev to an early advantage as he broke instantly. Fortunately for the rowdy crowd at the 18,500 capacity arena, the Russian did manage to elevate the level of his game. Although it was still not good enough to derail Zverev from clinching the opener after just 33 minutes of play. A 141 mph serve down the center of the court from the 22-year-old forced another error from his rival to generate a set point chance. Zverev then converted after an attempted down the line shot from Medvedev backfired.

Despite clinching the lead, it was by no means a foregone conclusion for Zverev. Who had to contend with some stern play across the court. There was little difference between the two players throughout the second set. In the end, it would be a tiebreak that separated them. At the worst possible time, a Medvedev double fault enabled Zverev to break for 5-3. Once again in control of proceedings, he held his nerve to close the match out with an ace down the center of the court. Prompting a huge roar from Zverev as he paid tribute to his rival moments after.

“He was probably the best player in the world over the summer. Making it to six straight finals is unbelievable. You haven’t seen that (on the tour) for a long time.” He commented on Medvedev’s season.
“I think next year he is going to be very dangerous.”

Zverev finishes second in the Andre Agassi Group. He will play rival and friend Dominic Thiem in the semi-finals on Saturday. A player who he trails 2-5 in their head-to-head.

“Playing against your friend means you have both done incredibly well throughout the whole year and this week. It’s a great honor to play against him.” He reflected.

Should he defend his title this week, Zverev would become the first player outside of the Big Three to do so since Lleyton Hewitt (2001-2002).