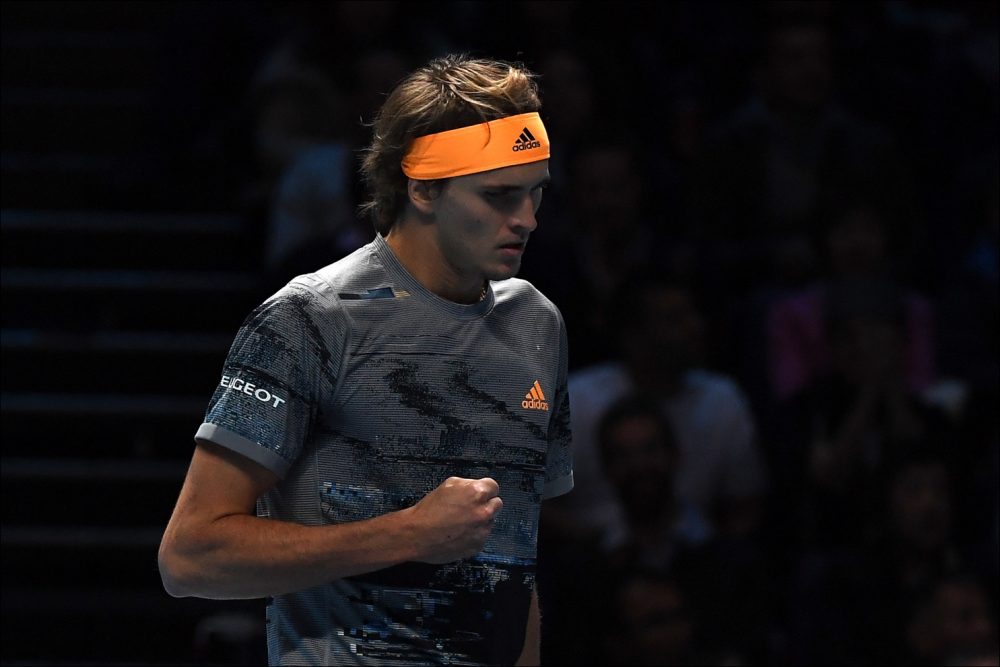 LONDON: Defending champion Alexander Zverev has inflicted a blow on Rafael Nadal’s year-end No.1 chances after defeating the Spaniard in straight sets at the ATP Finals on Monday evening.

Zverev, who had only won one match against a top 10 player this year before facing Nadal, produced an emphatic service display throughout his 6-2, 6-4, victory. Claiming his first-ever win over the king of clay on his sixth attempt. Following in the footsteps of Stefanos Tsitsipas, who achieved the same milestone against Medvedev earlier in the day.

“It is great. Everybody knows that I was struggling all season and this means so much.” Zverev said during his on-court interview.
“Playing here (in London) again after winning the biggest title of my career means everything to me. I was looking forward to this match.”

Producing a series of blistering serves that ranged between 130-145 mph mark, the German frustrated the top seed in the opening set. Dropping only four points behind his serve. Zverev first struck five games into the match. A Nadal forehand crashed into the net to reward him his first break. From then on, Zverev grew stronger on the court as he won four consecutive games in a row against his lackluster opponent, who has been hampered by injuries since his US Open win. Fittingly it was another Nadal error that gifted Zverev the opening set.

With the Spaniard trailing, there were outbursts inside the 18500 capacity O2 Arena of ‘let’s go, Rafa, let’s go.’ However, it failed to help the erratic-playing world No.1. Who was flustered on the court by the unexpectedly high level of play from Zverev, who has endured a lackluster 2019 season so far.

Bullying the 19-time grand slam champion around the court, another break early in the second set moved the 22-year-old closer towards a significant win. The usual warrior-like fighting spirit illustrated by Nadal was on display, but it wasn’t enough to change the outcome of his latest encounter. Battling towards the finish line, Zverev faced the task of trying to serve the match out. A mission he passed with flying colors after firing another serve to Nadal that was returned out.

“The atmosphere is why everybody is trying to make London because playing in the O2 is something we don’t have all year.” Said Zverev.
“Coming back here to practice on Thursday, Friday was amazing. Just being out here on the stadium (court) was a huge goal of mine. Especially the way the season went.’
“I hope I can play my best tennis this week and we will see how it goes.”

Zverev will play Daniil Medvedev and Stefanos Tsitsipas later in the week.