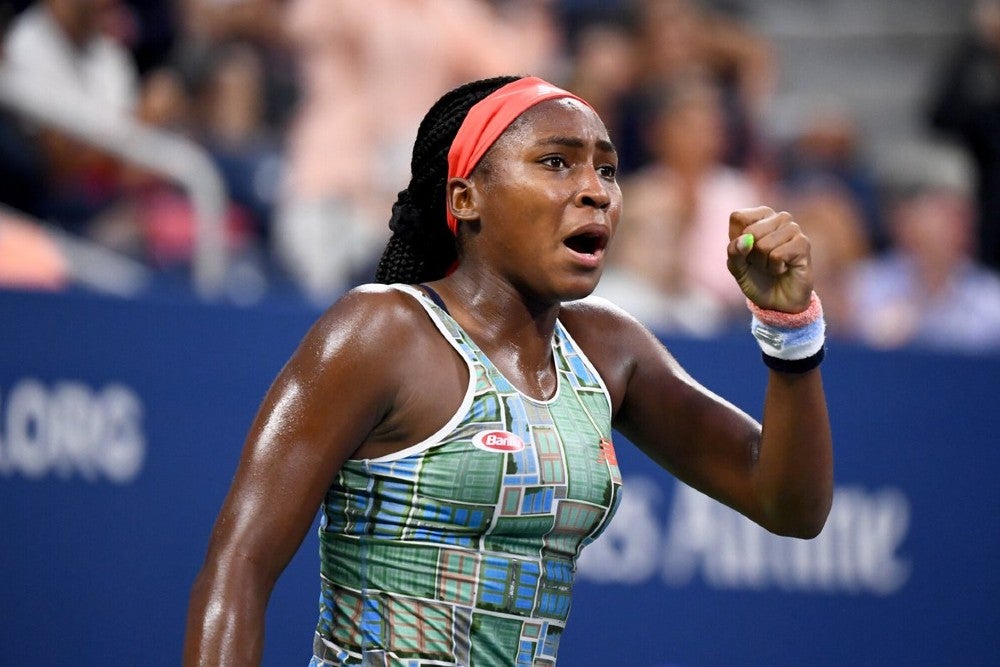 Coco Gauff’s maiden experience at the Linz Open in Austria is one that comprises of both disappointment and jubilation.

It looked like it was all over for the 15-year-old in qualifying after she lost in the second round to Germany’s Tamara Korpatsch. However, she was given a second chance after receiving a lucky loser place in the main draw. A chance Gauff has triumphantly capitalized on with a straight-sets win over Stefanie Vogele in the opening round. Then on Wednesday she sealed her place in her first ever WTA quarter-final after Ukrainian world No.83 Kateryna Kozlova retired in the third set of their match.

The latest win has enabled Gauff to once again rewrite the record books. She is the youngest player to reach the last eight of a WTA tournament in 14 years.

“It’s a good accomplishment, and hopefully I can continue to push that to the semifinals.” Gauff reacted to her latest milestone.
“I guess that I’m used to being the youngest to do a lot of things, and I hope that I can continue to do that and enjoy my youth years, because as everyone tells me, it doesn’t last long.”

“It’s been a goal of mine. In January of this year, I sent a message to my friend saying I wanted to finish Top 100, and at the time I was ranked, like, 800, so it was a far-fetched goal, but I’m glad that I was able to accomplish it,” she said.
“My other goal was to get in the main draw of two Grand Slams, and that happened, so I’m glad that I accomplished everything that I wanted this year.”

Gauff made headlines earlier this year with a shock run to the fourth round of the Wimbledon Championships as a qualifier. It was at the tournament where she recorded her first ever win over a top 10 player by defeating Venus Williams in the first round. A couple months later she also reached the third round of the US Open before losing to Naomi Osaka. Due to her age, Gauff is currently restricted to how many tournaments she is allowed to play within a 12-month period.

Awaiting the teenager in Linz next will be either top seed Kiki Bertens or Alison Van Uytvanck.