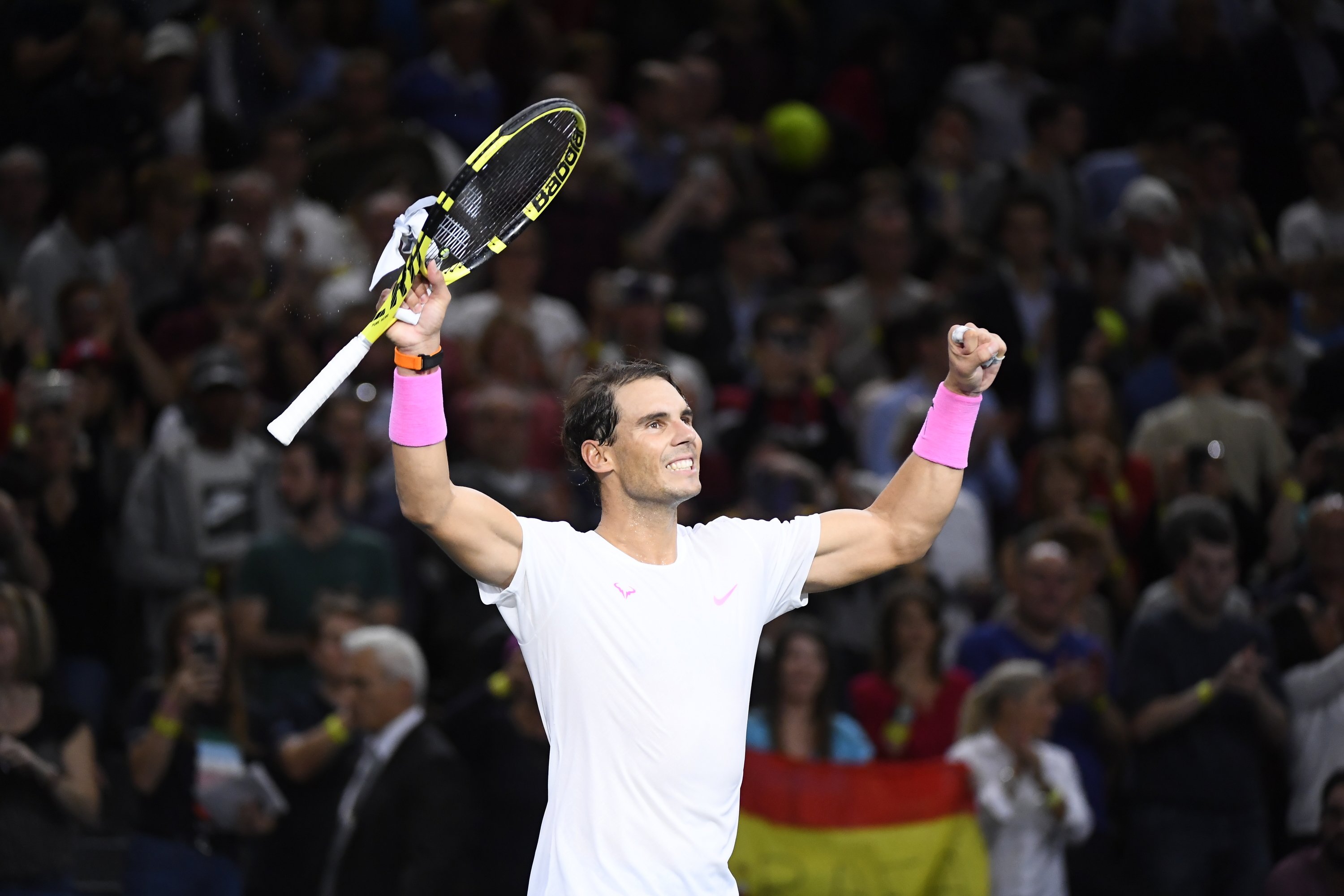 Rafael Nadal powered past Stan Wawrinka 6-4 6-4 to reach the quarter-finals in Paris as he looks to finish the year as world number one.

The Spaniard secured his 50th win of the season with a comfortable display over Wawrinka in a contest that lasted two minutes short of the 90 minute mark.

A break in the third game of the opening set and the ninth game of the second set was enough to seal a place in the last eight in Paris.

It was a testing start for the US Open champion as he was forced to save break points from an aggressive Wawrinka, with clutch serving coming to the rescue.

As he often does when having a tricky service game, Nadal broke in the next game as he came back from 0-30 to secure the crucial break of serve.

More break points would be saved as Nadal used his defensive slice to perfection as Wawrinka failed to display any smart returning.

Even though the wide serve prevented the Spaniard from breaking any further, the 34 year-old couldn’t construct any points from the return.

Some good net play was also key for Nadal as a mistimed backhand from the Swiss saw the second seed secure the opening set in 44 minutes.

There was more controlled tennis from Wawrinka in the second set as he managed to create better angles to force his opponent out-wide.

Meanwhile Nadal started to rush his forehand more which saw a lot more errors on the return than the first set, which gave Wawrinka hope.

But just as the three-time grand slam champion gained momentum, a flurry of forehand errors saw him broken at a crucial stage in the match.

It gave the future world number one an opportunity to serve out the match, which he did in convincing fashion to seal a spot in the last eight in Paris.

After the match, Nadal admitted it was a tricky match, “It was a match with not many rallies. I played with some mistakes, but at the same time I served well,” the Spaniard said to Tennis TV.

“I was able to feel confident behind my serve and on the return it was difficult today to find opportunities. The important thing was that when I did have opportunities I played with the right determination. It’s an important victory against a tough opponent.”

The win means it is a straight sets win for the Spaniard in 21 of their 22 head-to-head meetings which is further proof on how this match doesn’t suit the Swiss.

Next for Nadal is Jo-Wilfred Tsonga as he continues to boost his chances of ending the season as world number one for the eighth time in his career.