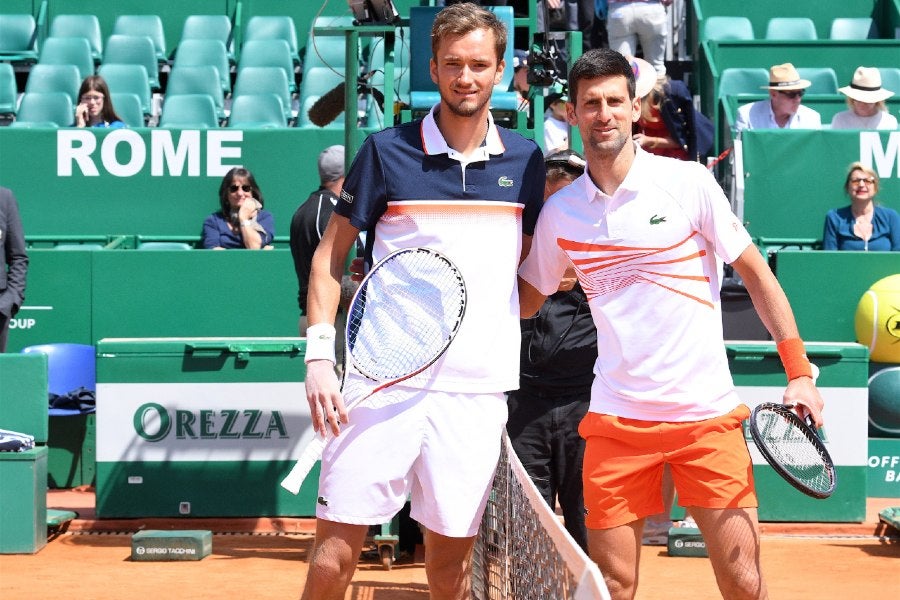 The 23-year-old has won 25 out of his past 28 matches since the conclusion of the Wimbledon Championships. During that Period he has reached five consecutive finals. Winning his first Masters 1000 title in Cincinnati before later adding to his trophy collection in Moscow. Medvedev also reached his first grand slam final at the US Open before losing in a five-set thriller to Rafael Nadal.

“I think he has proven to anybody who doubted that he can be a top 5 player, he has proven them wrong.” Djokovic said of his rival.
“The last several months he’s been playing tennis of his life. He’s played finals at least in every event in the last whatever, five, six events, which is amazing.”

Djokovic last locked horns with Medvedev back in August in Cincinnati. He lead their match by a set before losing to the Russian for a second time this season. He also lost in three sets during their meeting in Monte Carlo back in April. Medvedev is one of only two players to have scored multiple wins over Djokovic so far in 2019. The other is Roberto Bautista Agut.

“I was a set and almost a break up and kind of controlling the pace of the match, but then he stepped it up, started serving two first serves and going for the shots. Seems like that it’s kind of like a storyline of every event that he played on in the last several months.” The Serbian recounted.

Medvedev is currently ranked fourth in the world, but is still almost 6000 points behind tour leader Djokovic.To put that into perspective, this time last year he was 22nd. It is possible that the two could meet once again this week at the Shanghai Masters if both of them progress to the semi-finals. A potential match that Djokovic expects will be tough for him.

“He’s improved his movement, his fitness. He’s got the big serve, he’s got the height and he uses angles very well,” said Djokovic.
“Backhand — hard to break that backhand, it’s very flat. He doesn’t make many mistakes and he can hit anything he wants from that corner.
“Forehand maybe has been his weaker side, but now he’s improved that, so he’s a very complete player.”