Kosmos founder Gerard Pique has insisted that he has always been respectful towards Roger Federer before playing down the significance of him missing the revamped Davis Cup finals.

For the first time in the history of the 119-year-old competition, the finale will feature 18 teams in a week-long competition starting this year. Structured in a similar way to that of the football World Cup. Barcelona footballer Pique has emerged as a key figure in the Davis Cup following a large scale multi-million dollar investment from his company. Kosmos has pledged to invest $3 billion over a 25-year period.

The radical overhaul has been controversial with numerous figures voicing their opposition to it. However, both Rafael Nadal and Novak Djokovic have signed up for the event. Leaving Federer as the only member of the top three not to. Instead, the Swiss player will embark upon an exhibition tour across South America. However, Pique has another explanation.

“My perception is that having the Laver Cup in September, both he (Federer) and his environment perceive the Davis Cup as a competition for them,” He on Spanish radio programme El Larguero.

The Laver Cup, which involves Europe taking on the rest of the world in a three-day competition, was co-founded by Federer’s Team8 management company. Since its inaugural edition in 2017, it has been held in the Czech Republic, America and Switzerland.

“We started talking to his agent,” he stated.
“I think it was a close relationship, we talked about inviting Switzerland to one of the two guest selections.
“Then we were surprised by the statements he made.
“I wouldn’t mind if Federer came and wanted to change something from the Champions League.”

Officially Federer hasn’t retired from the Davis Cup. However, he has previously cast doubt on him returning to the event. Speaking to reporters at the Shanghai Masters he said his presence in the team competition is ‘more likely no than yes.’

Besides the Federer fiasco, Pique is staying upbeat over the future of the Davis Cup. The inaugural event is being held at the Caja Magica, which is the same venue as the Madrid Open. Whilst the new format is yet to be tested, organisers are already planning to one day make the competition lasts longer with more teams. An intriguing aim given the constraints of what is an already packed ATP calendar.

“It is a long-term project. It’s the tennis world cup and the idea is, over time, to go to a two-week competition and 24 teams.” Pique revealed.

The 2019 Davis Cup finals will get underway on November 18th. 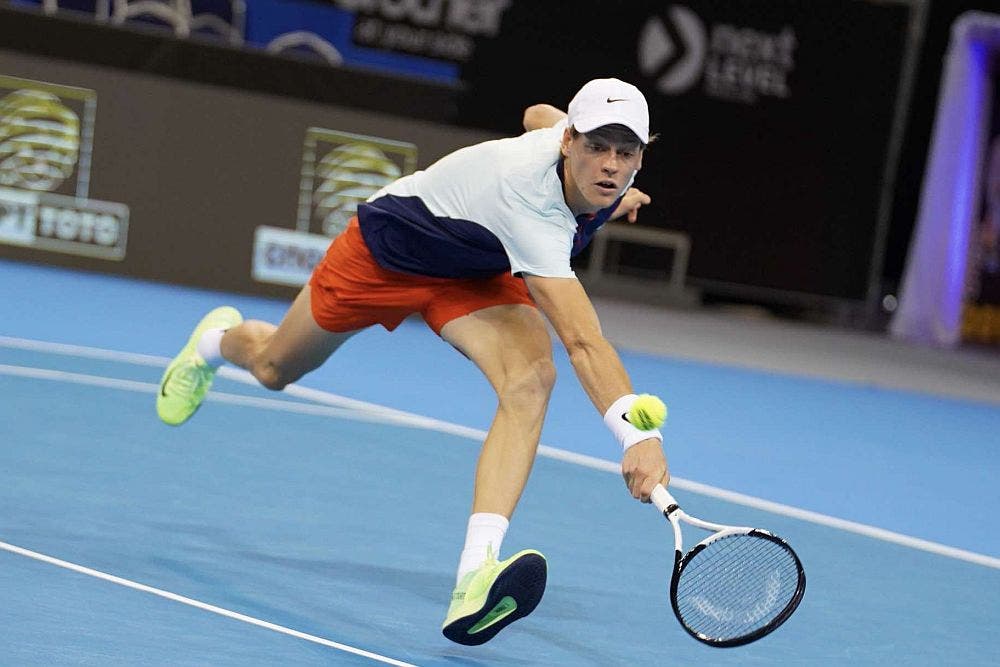