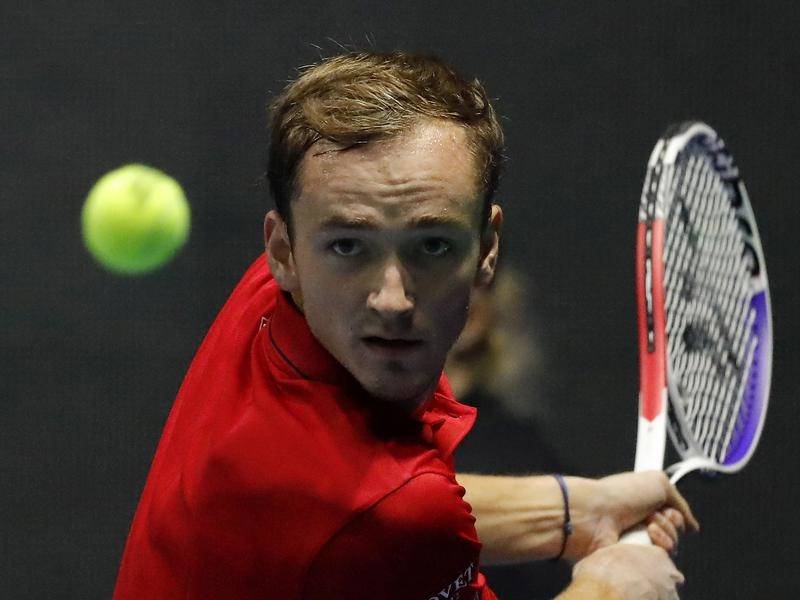 The rise of Daniil Medvedev is partly down to his high ‘Tennis IQ,’ according to former tennis great Andre Agassi.

The 23-year-old has become one of the most inform players on the tour since the conclusion of the Wimbledon Championships. Reaching five consecutive finals in which he won two ATP titles. Including his first Masters 1000 trophy in Cincinnati. At the US Open he became only the second Russian man to reach the final and took Rafael Nadal to five sets. Overall, Medvedev has won 24 out of his past 27 matches.

Medvedev’s results have caught the attention of eight-time grand slam champion Agassi. The American spoke about the world No.4 during the Longines Global Champions Tour in New York. Praising both his skill and movement on the court.

“A guy like that stays healthy, he’s probably the best 6’6” mover we’ve ever seen in tennis,” Reuters News Agency quoted Agassi as saying. “He knows when to press, when to put a little urgency into your game and he knows when to sort of let you implode.
“His tennis IQ is really high, his offensive skill set is there, his defensive skill set is there. So he’s got everyone’s attention.”

Agassi and Medvedev do share something in common. They are just two out of three players to have ever reached the finals of the tournament’s in Washington, Canada and Cincinnati within the same season. Agassi achieved the milestone in 1995. The only other player to have ever done the hat-trick was Ivan Lendl back in 1982.

Whilst relishing his new status as a serious contender in the sport, Medvedev is under no illusion of the threat he faces to remain at the top of the men’s game.

“To be honest, it is true they say – “The higher the wave is, the harder it is to hold onto it”. I do understand how important it is to keep going all the hard work and practicing. In my opinion, it is impossible to stay at one place in tennis.” He told reporters in St Petersburg last month.
“You either grow, go further with each day, or you just fail. Even if you are still at the same ranking position, it still means that you keep pushing yourself forward. You just don’t stop becoming the better athlete.”

Medvedev will return to action next week at the Shanghai Masters. He is set to be seeded fourth in the draw.