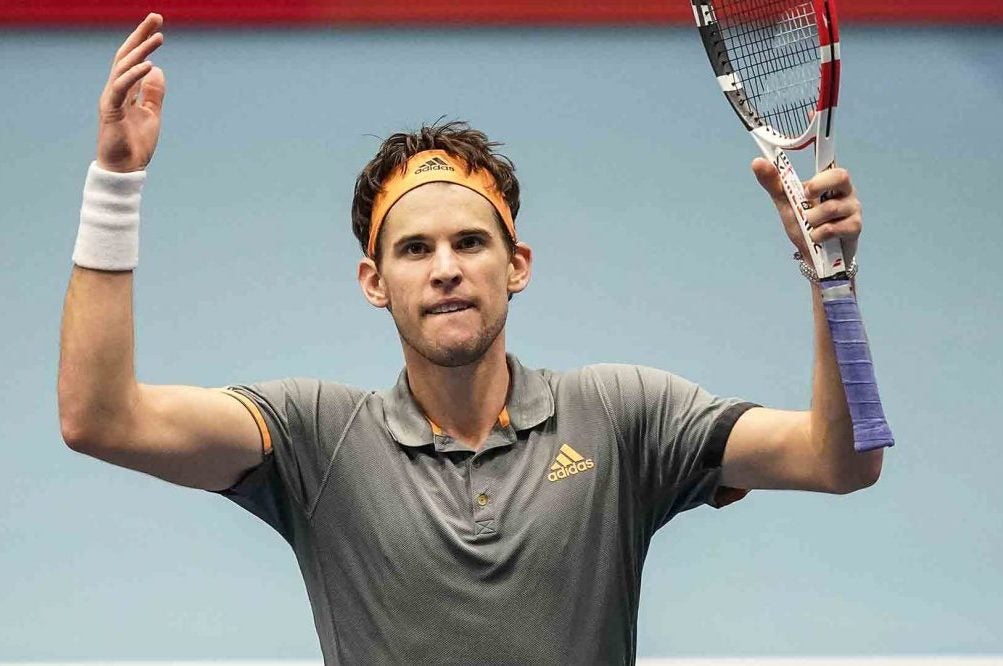 Dominic Thiem’s dream run at the Vienna Open had a fairytale ending after he battled back from a set down to defeat Diego Schwartzman in the final.

The world No.5 endured a roller-coaster encounter where he dropped three out of his first five service games before regrouping to clinch a 3-6, 6-4, 6-3, win. Becoming the first player on the ATP Tour this season to win a fifth title and the first home player to win the tournament since Jurgen Melzer back in 2010. Against Schwartman, Thiem won 63% of his service points and was unbroken in the last two sets of their match.

“It was a super game, I can not believe it at the moment,” orf.at quoted Thiem as saying afterwards. “It was very hard to beat him. A childhood dream has come true. I’ve been in the hall for more than 20 years, was in qualifying for the first time at the age of 17 – winning now is an absolute dream.”

Vienna had previously been a tournament of disappointment for the 26-year-old. Prior to this year, Thiem has never progressed beyond the quarter-final stage in nine appearances. He managed to turn his fortunes around during what has been a tricky week at the Wiener Stadthalle. Also fighting from behind to dismiss Fernando Verdasco and Matteo Berrettini earlier in the tournament.

In the midst of his latest triumph, Thiem paid tribute to his fellow player and occasional doubles partner. Schwartzman was playing in his seventh ATP Finals and second at a 500 event. The Argentine has scored wins over four top 10 players this year, but is yet to topple anybody in the world’s top five so far in his career.

“He has become a very important person for me. Diego, you are a good friend and it has been an honour to play against you here.” Thiem said: “You have a big share in this victory.”

Thiem has now won two ATP tournaments in his home country of Austria after also clinching the Kitzbuhel Open title back in August. He is now 9-0 on home soil this year.

“There are so many things that make a home title special: the mood of having lots of close friends and family, I’m glad I’ve improved and how I focus my energy on what’s important, so that’s the title the one I give the highest priority.”

“Of course I want to go to the semi-finals (in London), but there is no guarantee of that,” he stated.