Challenging Yet Safe Take-Off For Rafael Nadal In Paris - UBITENNIS 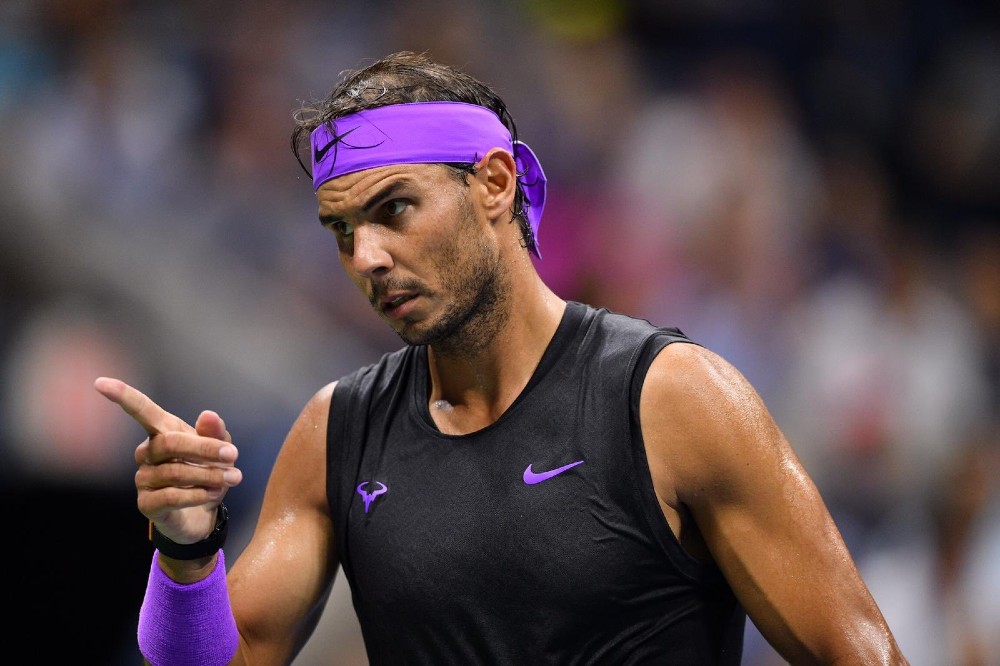 Current World No.2 Rafael Nadal has kicked off his quest for year-end world No.1 successfully in Paris Bercy on Wednesday.

The Spaniard, who played his first official match since his participation in Laver Cup last month, has shown up in a good shape, getting past Frenchman Adrian Mannarino 7-6, 6-4 in an intense match that should be considered a fair indication of Nadal’s readiness for the last two weeks of the season.

The Wednesday night encounter was far from simple for the Spaniard, but one he expected nonetheless. Against Mannarino he won 77% of his service points without facing a single break point throughout the match. A solid start for a player who has only reached the final in Paris once before back in 2007.

“I know how dangerous is Adrian in this court. The court here is fast, the bounce is low, so I think is a perfect court for him, So I went on court knowing it was going to be a very tough one. I needed to play well, and I think I did. My serve worked very well during the whole match. I think I played at the right level.” said Nadal.
“Not easy to come back on the tour after a while without being on the tour. And playing in this surface is difficult, and against a very dangerous opponent, in the first round for me, second for him, So very happy with the victory.” He continued.

It was a very tough match for both players. It was the big serves from the French player, which kept him highly competitive throughout the match to a great extent, along with utilizing his blistering forehand in an offensive way, exploiting the very fast hard-courts in France’s capital.

Asked about his physical condition, the Spaniard said there’s no problem so far .“Well, here we are, It’s always — historically, I had issues at the end of the season, and sometimes at the beginning and sometimes during. But here we are, It’s always a little bit scary when I am here because in this tournament I had plenty of things during all my career. So when you are here, it is always a little bit more dangerous for me.”

However, France’s Mannarino was playing very well offensively, he couldn’t bring any threat to Nadal’s service games as the Spaniard faced no break points at all. That could be attributed as well to the high quality of Nadal’s first and second serves; serving 77% for 1st serve and 78% for 2nd serve, hitting 8 aces to 13 aces for his lefty opponent. Nadal has been happy with the way he was serving during the match saying he was working on his serve at home as he believes it could help him much in such surfaces “So very happy the way that I served. I think I didn’t face no one break point during the whole match, and against a player who returns well. So that means a lot.”

Both players approached the net many times efficiently where Nadal got 5 out of 7 points and Mannarino 5 out of 6. The Spaniard hit 24 winners to 11 enforced errors unlike Frenchman Mannarino, who committed 21 unforced errors that made the difference in the crucial moments of the match.

The 19-time grand slam champion had the advantage in short and intermediate rallies with long rallies slightly drifted to the Frenchman.

Rafa had converted two out of seven break points successfully, each on a set to get through to the 3rd round in Paris.

Nadal is facing Swiss Stan Wawrinka in the 3rd round, who got his victory over Marin Cilic earlier on Wednesday. Should Wawrinka play with full potential, he could be a big obstacle for Nadal on this fast surface.

“Tomorrow is another day, another tough match against Stan.” Nadal said on his next opponent.

Wawrinka had pulled out of Basel last week due to a back injury.