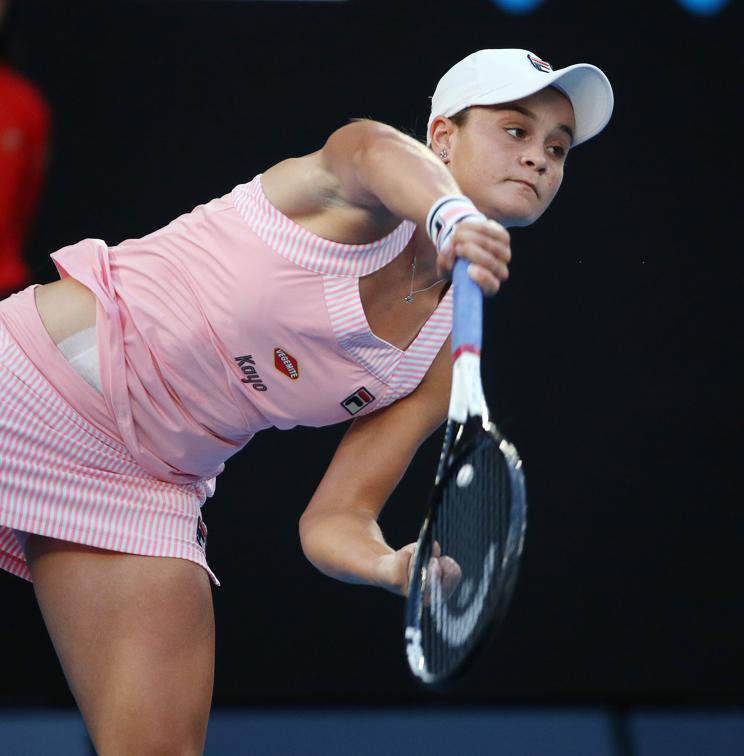 Ash Barty is feeling happy after edging out Kiki Bertens 6-3 3-6 7-6(7) to reach the China Open final in Beijing.

The world number one was forced to save match point and come back from a break down in the deciding set to seal a dramatic win over Bertens.

Although Barty won 12 of the first 14 points, the Australian had to fight back from 5-3 down and then 3-0 as well as 5-4 down in the tiebreak to seal victory.

After the contest the top seed said she was happy to have won and praised Bertens for the way she played, “I thought the quality was exceptional from both of us at times,” Barty told wtatennis.com.

“Win or lose, you come off feeling pretty good about it. Obviously, it sucks there’s only one winner. But I’m pretty happy with the way I was able to fight and dig in late in that third, as well.

“She (Bertens) can be very aggressive, she can drop back and make you play a lot of balls. That’s one of the biggest challenges about playing her, is you know she’s got options B, C and D, all the way through to be able to try to win the match.”

Although it was a tough defeat for the Dutchwoman, she can take lots of positives as she now heads to Moscow in hope of qualifying for the WTA Finals.

However it was a confidence-boosting win for Barty in a big month for her as she looks to end the year world number one and also lead Australia to the Fed Cup crown when they take on France next month.

In the final, Barty will play second seed Naomi Osaka after the Japanese star knocked out defending champion Caroline Wozniacki.

Now being coached by her father, Osaka backed up her win over Bianca Andreescu with a 6-4 6-2 win over Wozniacki, who can also take plenty of positives from her week despite suffering from illness this season.

The head-to-head record between Barty and Osaka sees the Australian lead 2-1 having won their last meeting on the grass courts of Nottingham last season.