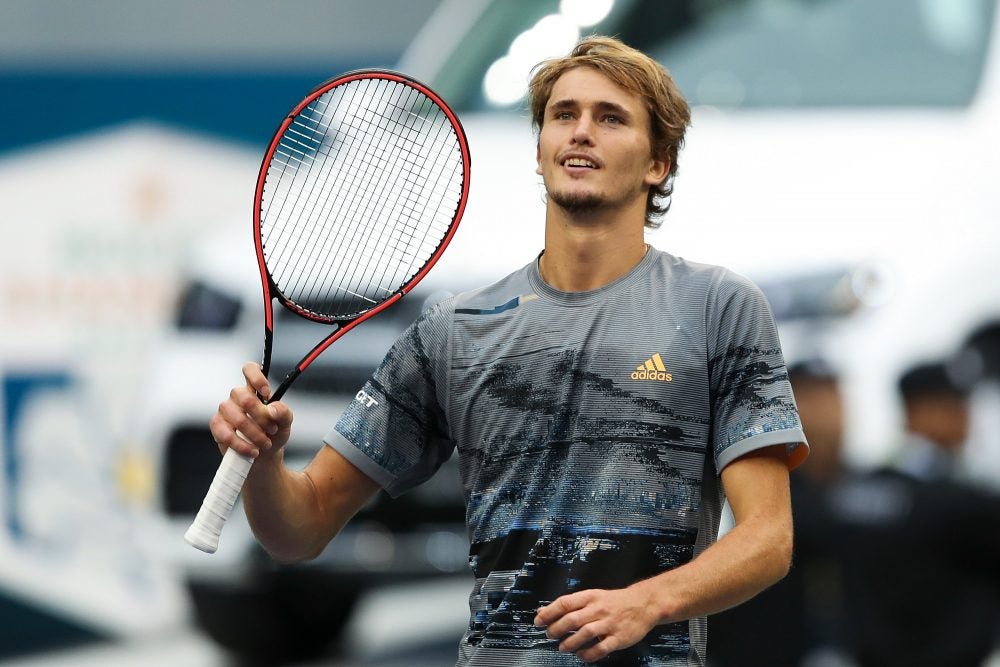 Reigning ATP Finals champion Alexander Zverev will have a shot of defending his title in just over a weeks time after clinching the penultimate qualifying place.

The world No.6 was confirmed for the end-of-year extravaganza on Wednesday evening after Italy’s Matteo Berrettini was knocked out of the Paris Masters by Jo-Wilfried Tsonga. It is the third consecutive year Zverev has qualified for the ATP Finals. Last year he scored back-to-back wins over Novak Djokovic and Roger Federer to win what remains the biggest title of his career so far.

“I am really happy to qualify for the third consecutive year,” Zverev told atptour.com. “Winning the title there last year has been the highlight of my career so far. I have such great memories of The O2.”

London is set to be a stern challenge for Zverev after what has been a roller coaster season both on and off the court. Heading into this week, he had a win-loss of 42-22 on the tour this year. Although he has only won one out of six matches against top 10 opposition. Defeating Federer at the Shanghai Masters earlier this month. In the tournament that followed, he crashed out in the first round of the Basel Indoors to Taylor Fritz.

“The way I played, in my current mental state, I’m not going to beat anybody,” he commented about his latest loss. “I’m very disappointed, but it’s more about myself than the result.”

Outside of the tour, Zverev’s season has also been affected by his ongoing legal dispute with his former manager. He has since signed with the Team8 management company.

Despite his mixed form, Zverev has got off to a solid start in Paris this week. In his opening match the German dismissed Fernando Verdasco 6-1, 6-3. Setting up a clash with Denis Shapovalov in the third round.

As a result of Zverev’s qualification, four players are now in with a chance of clinching the last place at the ATP Finals. Berrettini, Gael Monfils, Stan Wawrinka and Alex de Minaur are in contention. In order for each player to qualify a series of scenarios have to occur :-

– Due to losing in the second round of the Paris Masters, Berrettini will only qualify if Monfils doesn’t progress to the semi-finals and either Wawrinka or de Minaur doesn’t win the title.

– For Monfils, he needs to reach the semi-finals to have a chance. If he does reach the last four he could still be prevented from winning the spot if Wawrinka wins the title. However, if he reaches the final a place in London is his.

– Wawrinka can only qualify if he wins the Paris trophy regardless of how his rivals perform.

– Finally, Australia’s de Minaur needs to win the title and for Monfils to lose before the semi-finals.

The ATP Finals will get underway on November 10th.

Challenging Yet Safe Take-Off For Rafael Nadal In Paris