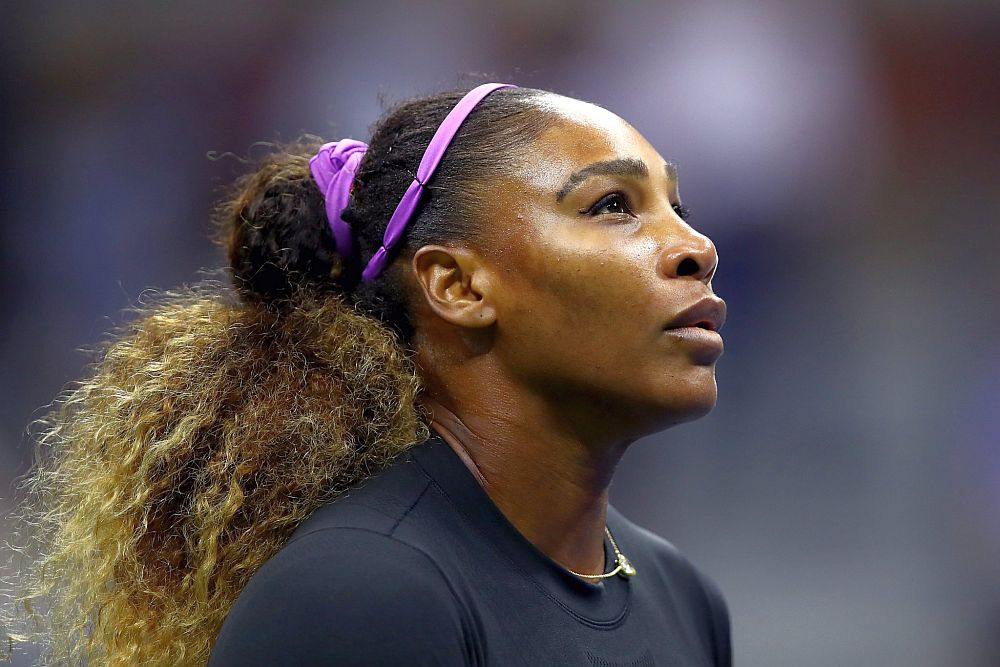 The 37-year-old illustrated why she is still a formidable force on the women’s tour after brushing aside Elina Svitolina 6-3, 6-1, in the semifinals of the US Open. Whilst she admits that it wasn’t her best performance, the American still managed to drop only four points behind her first serve as she hit 34 winners to 20 unforced errors. More crucial was her ability to save all of the six break points she faced against Svitolina.

21 years have passed since Williams made her debut at Flushing Meadows back in 1998. She finds herself in a somewhat different scenario compared to then. Now married with a child, her on-court battles have been well documented. Since returning to the tour after giving birth back in September 2017, she has failed to win a single title. Settling for runner-up at three major tournaments.

Yet this time round, the feeling is different for Williams. After experiencing a season marred my numerous injury issues, she feels that the stars are starting to align for her. Something she puts down to her training prior to New York.

“I felt more prepared this tournament. Wimbledon, I probably had a week to prepare, so that was amazing. Australia, I was super prepared. I did great, then rolled my ankle. I shouldn’t have even played the French Open. That was just a bonus just to compete in another Grand Slam.” She reflected.
“I just feel like I actually had time to train. I trained more for — I joked I trained more for Canada than I did for any other tournament this year, which was kind of funny.’
“I just had a really tough year with injuries, mostly bad luck. I just needed to get injury-free.”

Should Williams prevail in the final it would rewrite the tennis history books. She would overtake Chris Evert to become the most successful woman in US Open history with 102 match wins. Furthermore, she would finally draw level with Court’s all-time record of 24 grand slam singles titles. It is Court’s milestone that has been the constant measuring stick used by the media for Williams.

“I definitely would still be playing if I had already passed it. I’ve had so many chances to pass it and to have a lot more, but it’s cool because I’m playing in an era with so many — five eras with so many amazing players (smiling).” She commented about the prospect of major title No.24.
“If you look at the span of the career, the players I’ve played, it’s amazing that I was able to get this many.”

Standing in the way of Williams’ first trophy of any sort since the 2017 Australian Open will be rising star Bianca Andreecu. Who defeated Belinda Bencic in straight sets in her semi-final match. The Canadian has been a revelation this year after triumphing in Indian Wells and at the Rogers Cup. Against top 10 opposition she has won all seven meetings.

“She’s a great player. She mixes things up. You never know what is going to come from her. She does everything else. She serves well, moves well, has a ton of power. She’s very exciting to watch. It’s good. I think it’s great for women’s tennis.” Williams said of the 19-year-old.

The two previously clashed before, but that encounter came to an abrupt halt. Facing each other in the final of the Rogers Cup, Williams had to retire after 19 minutes of play due to injury.

The upcoming final will be Williams’ 33rd at a grand slam. This year marks the 20th anniversary of her first back in 1999.

Bianca Andreescu: Yet To Lose To A Top 10 Player And Ready To Dash Williams’ US Open Dream

Simona Halep Withdraws From Zhengzhou Open Due To Ankle Injury

Elena Rybakina scores her 20th match of the season in Doha

Elena Rybakina came back one set down to beat Sorana Cristea 3-6 6-3 6-1 to score her 20th match win of the season at the Qatar Total Open just two days after losing to Simona Halep in Dubai.

Rybakina has improved her seasonal record to 20 wins to 4 defeats this season. The Kazakh player won the Hobart International and reached three finals in Shenzhen, St. Petersburg and Dubai.

“I still have energy. I am just fighting in every match. Hopefully I can can keep making finals and finally win another. It’s my first time here, and it’s a really nice place. Hopefully I will have time to walk around, but I am enjoying Doha so far”, said Rybakina.

US teenager Amanda Anisimova cruised past last year’s semifinalist Elina Svitolina 6-3 6-3 to reach the third round at the Qatar Total Open in Doha.

Anisimova hit 27 winners to 31 unforced errors and fended off all three break points she faced.

Anisimova saved two break points in the third game of the first set. The US player earned the only break of the first set and held on her serve to seal the opening set on her second set point.

Anisimova converted her fourth break point at deuce to take a 3-2 lead. Svitolina earned two game points as she served to stay in the match, but Anisimova won three consecutive points to clinch the second set with her second break.

“I think the most important thing was just staying focused and clearing my head, just not putting too much pressure on myself and just trying to enjoy. I love playing here. I love this stadium and the crowd is great. I am glad I get to see everyone again in the next round”,said Ansimova.