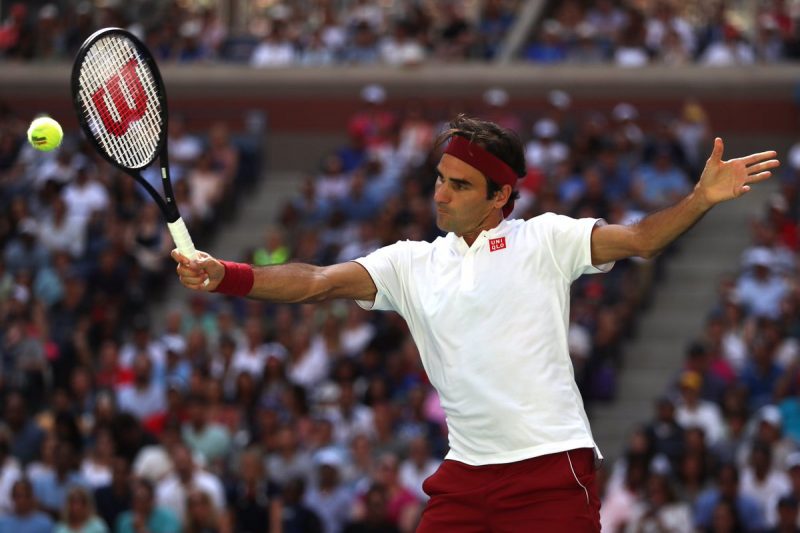 Tennis legend Rod Laver has back world No.3 Roger Federer to add to his record-breaking grand slam tally in the future.

The 38-year-old currently holds the record for most major singles won by a man at 20. However, both Novak Djokovic and Rafael Nadal are closing in on that tally. Djokovic is currently on 16 and Nadal in one adrift on 19 following his latest triumph at the US Open. Meanwhile, Federer has only featured in the final in one out of the last six grand slam tournaments. Doing so at Wimbledon in July where he failed to convert two championship points against Djokovic. His last major title took place at the 2017 Australian Open.

Despite the recent lack of major silverware for the Swiss Maestro, Australian great Laver believes he can still challenge for the biggest titles in the sport. Saying that it is possible that Federer could continue playing until the age of 40.

“He seems to be fine and that’s what counts. If you love the game as much as you do, that’s fine.” He commented on Federer’s longevity in the sport.
“I also give Roger a very good chance of winning the Australian Open again in Melbourne in January.”

Laver admits that it is possible that the two other members of the Big Three could end their careers with more titles than Federer. Nadal is five years younger than him and Djokovic is six. However, he believes there is one thing that separates him from the others.

“Nadal, Djokovic and Federer are all big champions. But Roger surpasses tennis, the world of sport, and sports in general in a way that no one in history has done before him. He is the most recognized athlete in the world and a figurehead for this great game.”

The first encounter between Laver and Federer took place 13 years ago in Melbourne at the Australian Open. Since then, the two have formed a bond with Laver saying they ‘clicked’ straight away.

The biggest example of the friendship between the two is perhaps best illustrated by the Laver Cup. An annual team tournament where Europe takes on the rest of the world. Similar to that of Golf’s Ryder Cup. Named in honour of the tennis great, Federer is one of the co-founders of the event. Which has since been granted a place within the ATP Calendar. Although no ranking points are on offer.

This year’s edition will be held in Switzerland for the first time. Critics have been quick to point out the disparity between the two teams. Europe consists of all players ranked inside the top 20 compared to one from the world team. However, Laver dismissed the significance.

“I do not think so. The team World has excelled in both Laver Cups in doubles and also celebrated one or two big victories in singles. I expect it to be exciting.” He said.

The three-day 2019 Laver Cup will get underway in Geneva on Friday.