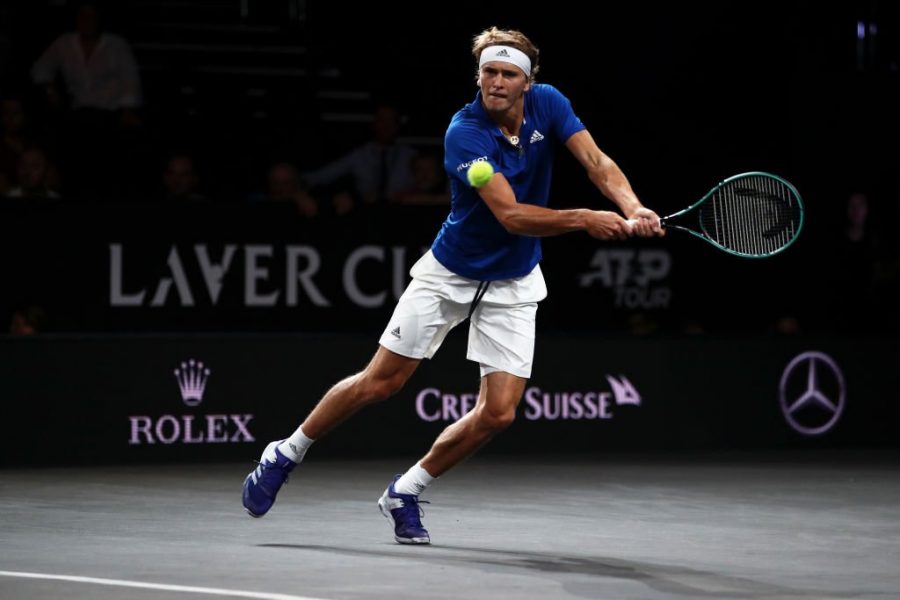 After three days of pulsating action at the Laver Cup in Geneva, it was the final 10-point tiebreaker that separated team Europe from their opponents.

Lead by Roger Federer and Co, the European contingent was expected to cruise towards victory given their calibre of seven top 20 players compared to only one from team World. They headed into the final day of competition with a 7-5 lead, but a dramatic twist in momentum saw the underdogs claim six consecutive points. Thanks to Jack Sock and John Isner triumphing in the doubles, followed by Taylor Fritz stunning Dominic Thiem 7-5, 6-7(3), 10-5. Making it Fritz’s first ever win over a top five player.

“That was a big match for Team World. We really needed that win. To let my team down the first day and contribute to the team today and give them the win means so much to me,” Fritz said during an on-court interview. “This has to be one of the biggest wins of my career. You’re usually just playing for yourself, but it means so much when you’re playing for other people.”

In danger of losing the title for the first time in the history of the Laver Cup, it was up to 20-time grand slam Federer to start the comeback. The Swiss maestro is one of the co-founders of the team tournament. Taking on Isner, Federer delighted his animated home crowd with a resounding 6-4, 7-6(3), triumph. Reducing his teams deficit from 7-11 to 10-11.

“What an atmosphere and what a match. I’m thrilled that I was able to give something back to the team after a tough Match Tie-break (in doubles) earlier today,” Federer said. “Team Europe has been amazing. They’ve fought so hard and played so well.”

Undoubtedly Federer is the player everybody in Geneva wanted to see, however, it was Alexander Zverev, who had the most pressure placed on his shoulders. Not only was he playing the final match of the 2019 tie, he had to win or Eureope’s stronghold on the Laver Cup would come to an end. A situation he was also placed in 12 months ago.

Standing in Zverev’s way was former Wimbledon finalist Milos Raonic. A player renowned for his blistering serve. Like the 2019 event, it was a turbulent encounter. At one set apiece, the German ousted his rival in a decisive tiebreaker. Working his way to five match points after hitting a deep backhand winner. It was on his first opportunity where Zverev prevailed after hitting a forehand cross-court winner. Claiming the match 6-4, 3-6, 10-4 and prompting the world No.6 to drop onto his knees as an almighty roar erupted around the Palexpo Arena.

“It was an unbelievable weekend. They (team world) were one or two points away from winning it all. Credit to all of you. Every one of you deserved to win.” Zverev said in tribute to his deflated opponents afterwards.
“I played an unbelievable tiebreaker. I am super thankful to Roger, Rafa and the team. Without them on the bench today I would not have done it.” He added.

In the aftermath of the triumph, blue confetti dropped onto the black court in Geneva. Symbolising Europe’s latest triumph in the competition and their third in a row. It was during the trophy ceremony where it confirmed that the 2020 event will return back to America and be held in Boston. The venue will be the 20,000 capacity TD Garden, which is the home ground of NBA team Boston Celtics and NHL team Boston Bruins.

“Congratulations Team World on an unbelievable fight, I can’t wait for the next one in Boston. For us, so many emotions. It’s been an unbelievable roller-coaster.” Federer said in a tribute to close the 2019 competition.
“Bjorn, you’re a great captain, and Rocket (Rod Laver), thanks for being here today. It makes it more special.
“It’s been a dream weekend for me to be playing in Switzerland. Thank you for all the noise you’ve made, I’ve loved every moment.”