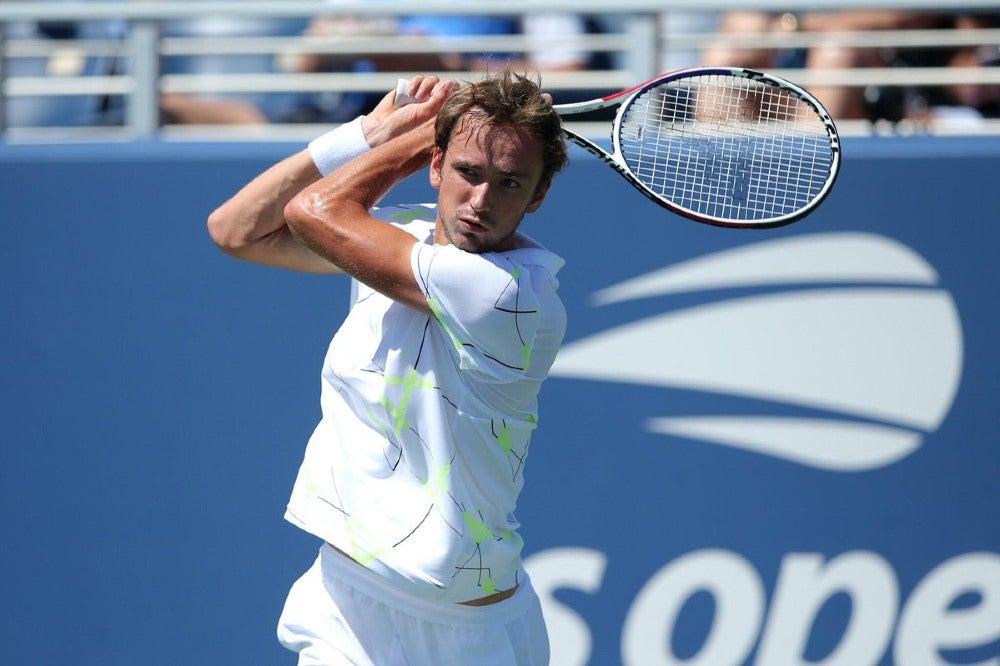 Russia’s Daniil Medvedev has said he is working to be a ‘better person’ as he seeks to end his bad boy image with the fans at the US Open.

The fifth seed made headlines during his third round clash after seemingly trolling the crowd following his win. He was subjected to heckling during the match after being seen snatching a towel from the hands of a ball boy before throwing it away. He was also shown on the stadium screen as putting his middle finger up to either the umpire or crowd.

“Talking about the last match, I was an idiot, to be honest.” Medvedev said on Sunday. “I did some things that I’m not proud of and that I’m working on to be a better person on the court because I do think I’m a good person out of the court.”

The antics didn’t go unpunished with Medvedev being fined $9000. $5000 for unsportsmanlike conduct and $4000 for his finger gesture. Earlier in the tournament, he was also docked $7500 in the first round for verbal abuse and $2500 in the second for equipment abuse.

23-year-old Medvedev hoped that his latest match helped ease his frosty relationships with fans at Flushing Meadows. In the fourth round, he dismissed German qualifier Dominik Koepfer 3-6, 6-3, 6-2, 7-6(2). Sending him through to the quarter-finals of a grand slam for the first time in his career.

“During my match I was completely focused. After the match, I engaged a little bit with the crowd. But we all know how the New York crowd can be. It’s probably the most electric crowd in the world, I think.” He said.
“Especially playing this week on big courts, I could feel it. Today I was just engaging with the crowd and hopefully — hopefully it was fun for them and for me. As I said, it gave me a lot of energy to win.”

There are concerns over how the body of the world No.5 is holding up. Coming into the major, he had featured in three ATP finals within as many weeks. Winning the Cincinnati Masters. Medvedev took pain killers prior to his clash with Koepfer and has numerous parts of his body taped up.

Three-time grand slam champion Stan Wawrinka will be the next test for Medvedev. This Swiss player moved into the last eight after Novak Djokovic retired two sets down due to a shoulder injury. It is the second time he has reached the quarter-finals of a grand slam this season after the French Open. The only previous meeting between the two was back in 2017 at Wimbledon, where Wawrinka prevailed in four sets.

“Totally different. Grass, I was young, I was less experienced, so I was on fire that match.” Medvedev commented on that loss.
“I think that Stan also in Grand Slams, he’s playing right now better than on other tournaments.”

Medvedev is bidding to become only the second Russian man to reach a US Open final after Marat Safin in 2000.