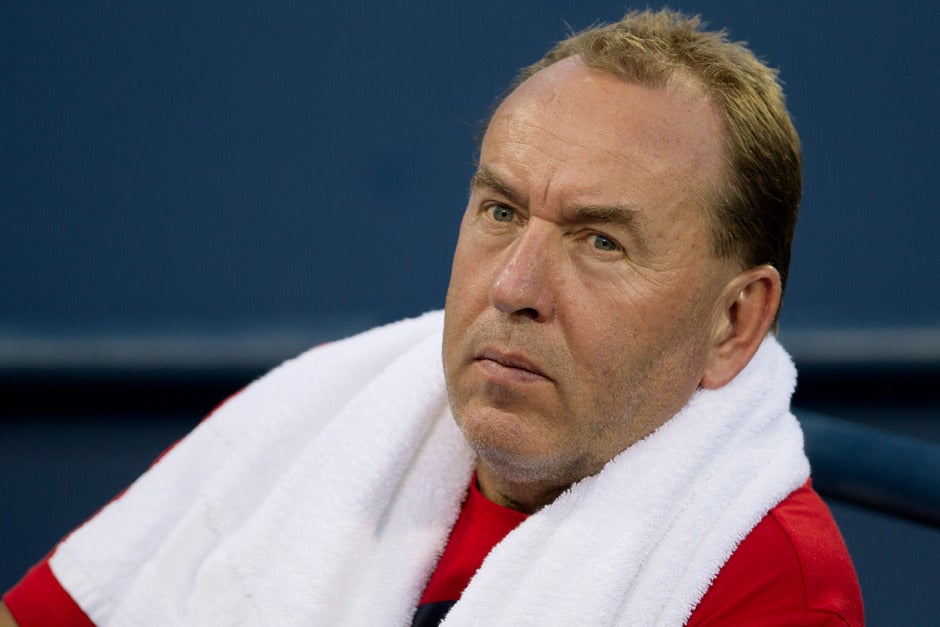 The man responsible for helping Dominic Thiem rise to the top of the sport has blasted three players tipped to become stars of the game in the future.

Gunter Bresnik, who is also known for his previous work with Ernests Gulbis, believes some players are missing what Daniil Medvedev has on the tour. Medvedev is currently in the midst of his breakthrough season. This week is the fifth consecutive tournament where the Russian has reached a final on the ATP Tour. During the summer he claimed his first Masters title in Cincinnati and finished runner-up to Rafael Nadal at the US Open.

“I said to Dominic in February in Buenos Aires: ‘Do not just look forward to Djokovic, Nadal, Federer, look back: Medvedev is coming.” Bresnik said during an interview with heute.at.
“He laughed at me, Medvedev is smart, has that Russian sense of humour, is moving extremely well. (This is what) the other boys are missing.”

Asked to pinpoint who he meant, the 58-year-old didn’t hold back. Describing Germany’s Alexander Zverev as a ‘total failure.’ Zverev is currently ranked sixth in the world and has 11 ATP titles to his name. The most prestigious of which being the ATP Finals, which he won last November. However, Zverev wasn’t the only player to be criticised by the Austrian.

“Zverev is a total failure, (Stefanos) Tsitsipas was grotesque at two majors this year, (Denis) Shapovalov would be dangerous because he has the weapons, but he has not been trained well in recent years.” He claims.

Bresnik has a wealth of experience when it comes to tennis. In his career, he has worked with more than 20 players who have reached the top 100. Including Boris Becker, Henri Leconte, Stefan Koubek and Jeff Tarango. In his home country, he was the Sports Director of the Austrian Tennis Federation (1998-99) and Davis Cup Captain twice (1992-1993 and 1998-2004).

Unsurprisingly Bresnik has a more favourable opinion when it comes to Thiem, who is now working with former player Nicolas Massu. He has known the world No.5 since he was a child. The two got acquainted after Thiem’s father applied to work at his academy in Vienna.

“Thiem, he has no technical weakness, he can control the highest speed in a controlled manner, he was closer to Nadal than Medvedev in New York last year, many forget that, but he has to get his level.” He concluded.

At present Bresnik is working with WTA player Mira Antonitsch, who is yet to crack the top 500 on the tour.

Andy Murray Undecided On Future, Plays Down Chances Of Returning To His Best