Bianca Andreescu: Yet To Lose To A Top 10 Player And Ready To Dash Williams’ US Open Dream - UBITENNIS 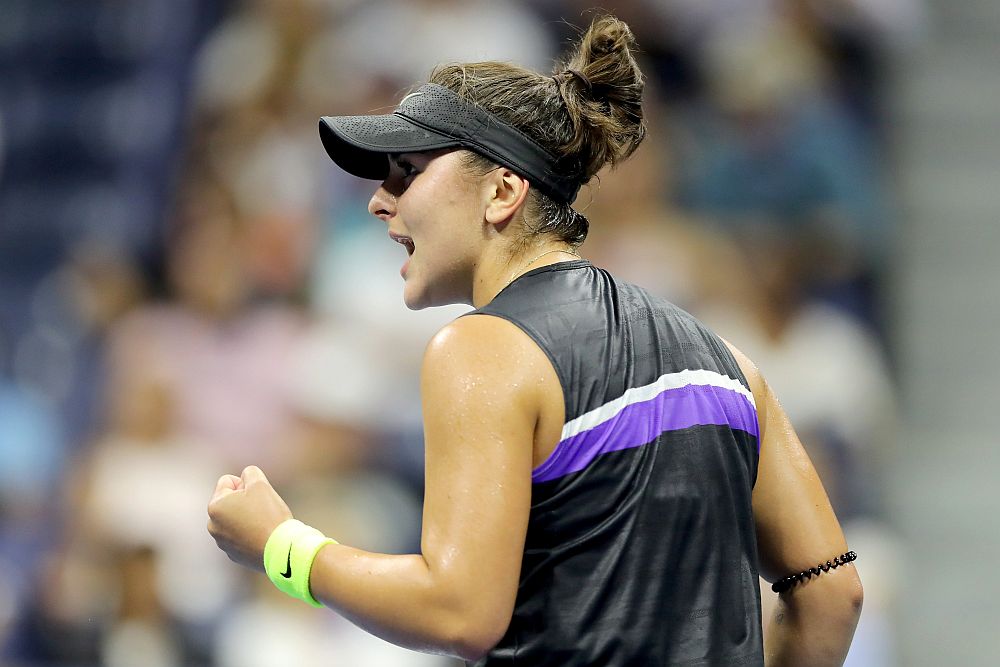 It seems surreal that Bianca Andreescu has achieved history in only her fourth main draw appearance in a grand slam tournament.

Taking on Switzerland’s Belinda Bencic in the semi-finals of the US Open on Thursday, the 19-year-old battled to a 7-6(3), 7-5, win during what was a roller coaster encounter. After coming  through a tough opener, she recovered from a 1-4 deficit in the second set by breaking Bencic four consecutive times on route to the milestone victory. Becoming Canada’s first ever singles finalist at Flushing Meadows.

“It wasn’t easy at all. She hits the ball really hard and really flat I think every shot. My knees were to the ground. I think it wasn’t too fun playing her. But that’s what makes her such a great player.” Andreescu said of Bencic.
“I’m just really glad with how I managed that. I tried to change the rhythm as much as possible. That was the goal right from the beginning of the match.’
“But it wasn’t easy. When someone is hitting flat and deep, it’s hard to do that. But the main reason I won I think is because I just kept fighting. I never let up.”

The win is the latest stage of Andreescu’s meteoric rise in the world of women’s tennis. Prior to this season, she had never broken into the world’s top 100 or won a WTA title. Yet over the past nine months she has blossomed into one of the most notable players in the sport. It all started back in January where she reached the final of the ASB Classic in Auckland, which she lost to Julia Goerges. Gaining in belief and momentum, two months later she won her first trophy in Indian Wells before claiming the Rogers Cup trophy in August. Even more impressive was that between those two titles, she was sidelined from the tour for almost five months due to injury.

“I’ve always dreamt of this moment ever since I was a little kid. But I don’t think many people would have actually thought that it would become a reality.” She said of reaching her first grand slam final.
“I think for me, it all started in Auckland, then in Indian Wells. I just kept believing in myself. But I think that moment after the match, I was just in shock. At the same time I fought really hard to get to this point, so I really think I deserve to be in the finals on Saturday.”

One notable thing about the teenager is her confidence. She feels like she deserves and belong to play in a major final. Speaking candidly in her press conference she said she would have ‘believed’ somebody if they tipped her to reach a grand slam final leading into this year’s tournament.

Andreescu has become somewhat of a big time player. She is yet to lose against a top 10 player after winning all seven of those meetings. More notable was six out of those seven victories took place on North American hard courts.

In order to claim the biggest title of her career, Andreescu needs to get past Serena William in the final. Somebody who won their maiden US Open title the year before she was even born. Their only previous meeting on the tour lasted just 19 minutes after Williams was forced to retire due to injury.

“I remember watching her when I was about 10. I don’t remember specifically a moment. I watched her win most of her Grand Slam titles.” She said of the former world No.1
“I think she’s fighting for her 24th on Saturday. I’m sure she’s going to bring her A game.’
“I’m going to try to bring my A game, too. Hopefully I guess may the best player win.”

Despite her rapid rise, Andreescu heads into the final as very much the underdog. Given the fact it is Williams’ home grand slam and that she has a wealth of experience. However, she refuses to accept anything less than victory. Providing a glimpse of the mentality that has helped her achieve so much success this season.

“I think it’s just inside of me somehow. I think it’s just my passion for the game, as well. I don’t like to lose, so I just try my best every match.” She explained.
“I expect a lot from myself, so I think that pressure also helps me do my best in matches.”

The women’s final will take place on Saturday.

Related Topics:2019 US OpenBianca Andreescu
Up Next