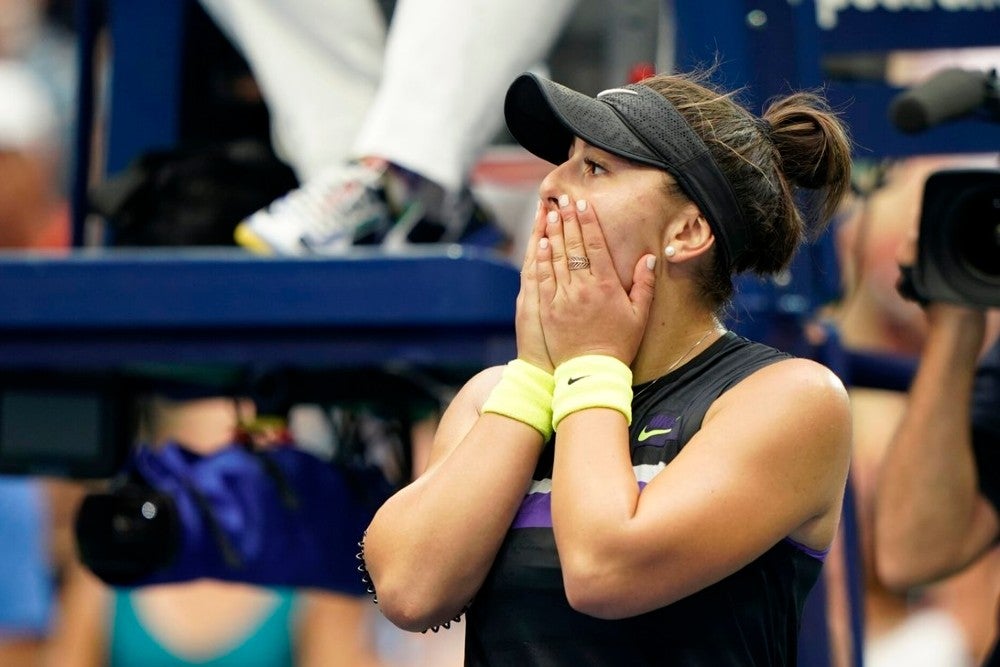 It is hard to fault the confidence of 19-year-old tennis sensation Bianca Andreescu.

The Canadian has continued her remarkable rise this year by defeating her idol Serena Williams in the final of the US Open in what was only her fourth Grand Slam main draw appearance. Becoming the youngest player to win a major title since Maria Sharapova back in 2006. The victory continues her perfect record against top 10 opposition, which now stands at eight out of eight.

Reflecting on the biggest win of her career, Andreescu believes there are some similarities in her game to that of Williams. A 23-time grand slam champion who has spent 319 weeks as world No.1 and claimed 72 WTA trophies so far in her career.

“We like to keep the points short with our aggressive game style. We like to use our serve to our advantage. I think we fight really, really hard.” Said Andreescu.
“But at the same time I want to make a name for myself. I know I have a different game style than many players on the tour right now. It’s been working really, really well. It’s been working to my advantage. I just want to keep improving it.”

Admirable the current world No.15 doesn’t want to match Williams’ achievements, she wants to do even better. Hoping to one day overtake a player who inspired her growing up. She was born the year after Williams’ claimed her first major title at the 1999 US Open.

“I’m sure I’m not the only person that’s looked up to her. She’s an inspiration to many, many people, not only athletes. What she’s done off the court, too. She’s truly a champion.” Said Andreescu.
“I’ve really strived to be like her. Who knows? Maybe I can be even better.”

The Canadian is on the right trajectory to becoming a fordable force in the sport. This season she has won 33 out of 37 matches played on the tour. Prior to the US Open, she also won the Rogers Cup and BNP Paribas Open in Indian Wells.

Andreescu was born in Canada to Romanian parents. Her mother Maria is a Chief compliance officer for a Toronto-based investment firm and her father in an engineer. Growing up, she briefly lived in Romania during her younger years before returning to Canada and enlisting in their national tennis programme.

“Tennis Canada, I can’t thank them enough for everything they’ve done.” she stated. “I’ve been with them ever since I was 10 years old. The program they have in place, and had in place, as well, has been doing really well not only for me but for many other Canadian athletes.’
“Without their help, I definitely wouldn’t be here.”

Andreescu is the first Canadian player in history to win a grand slam singles title.