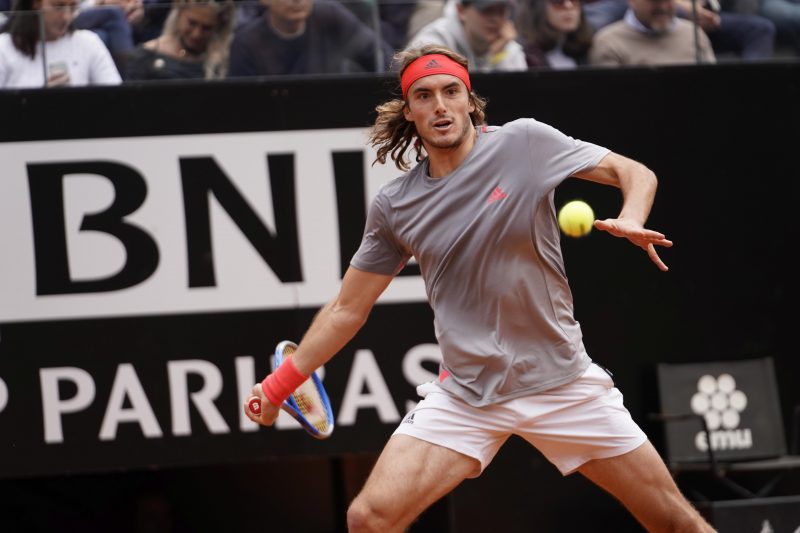 Top seed Stefanos Tsitsipas is through to the quarter-finals of the Citi Open after dismissing Australia’s Jordan Thompson 6-3, 7-6(4).

Easing his way through the opening set, the Greek was given a much sterner test in the second. Struggling to find a way to dismantle Thompson’s serve, he was forced to save a set point before going on to prevail in the tiebreaker and seal the win. Dropping only six points behind his first serve throughout the match.

“There was a lot of tension in the match, and it was very close. I kept doing silly mistakes at some points in the tiebreak and I was not happy about it, so that was it.” Tsitsipas said during his press conference.

This week Tsitsipas is seeking his fourth title on the ATP Tour and the third of 2019. Should he win his next match in Washington, he will achieve another milestone in his career. Breaking into the world’s top five for the first time at the age of 20. Becoming the first player from his country to have ever done so.

“I think winning matches that I have to win.” He replied when asked about what has caused his rapid rise in the sport.
“For example, I knew that I would end at top 10 when I played Gael Monfils in Dubai this year. It wasn’t easy for me, but it was one of the best matches I’ve played this year. The key was to overcome myself and to just be extremely focused on every single match.”

Standing in Tsitsipas’ way to breaking into the top five will be 10th seed Benoit Paire, who knocked out John Isner in straight sets on Thursday. It will be the second meeting between the two and the first since Metz in 2017. On that occasion Paire won 6-2, 6-4.

“He’s a very dangerous player. I mean, he has an unbelievable backhand. His serve can be very damaging.” Tsitsipas said of Paire.
“I just have to be careful. He’s very unpredictable. He plays with a lot of fierce, and you never really know what to expect from him. Also emotion and also the way he is on the court. It’s going to be a tricky one.”

Elsewhere in the American capital, Nick Kyrgios is another player to book a place in the last eight of the tournament. Kyrgios, who teamed up with Tsitsipas to play in the doubles draw earlier this week, downed Japan’s Yoshihito Nishioka 6-2, 7-5. Blasting 15 aces past his opponent.

Unseeded in the tournament, Kyrgios says he is growing in confidence after winning three matches without dropping a set. Prior to Nishioka, he also scored wins over 11th seed Gilles Simon and Thai-Son Kwiatkowski.

“I haven’t played that many matches in the last couple weeks, so to come out here and being able to produce a level that I’ve brought three days in a row, pretty special, and hopefully I can just keep it going.” Said Kyrgios, who is seeking his second ATP 500 title of the season.

The Australian faces Norbert Gombos on Friday. A 28-year-old Slovakian qualifier who has reached his first quarter-final on the ATP Tour since February 2017. Gombos ousted Serbia’s Miomir Kecmanović in three sets.

“I played him in Marseilles indoors a couple years ago, so very good competitor, good backhand, and obviously he’s feeling confident.” Kyrgios previewed.
“He’s played a lot of matches this week, so he knows how the conditions are, and I’m not even thinking about that at the moment. I just need a good rest and play my game and see how it goes.”

Should Tsitsipas and Kyrgios win their next matches, they would face each other in the semi-finals.

Auger-Aliassime – One of The Worst Matches I Played This Year